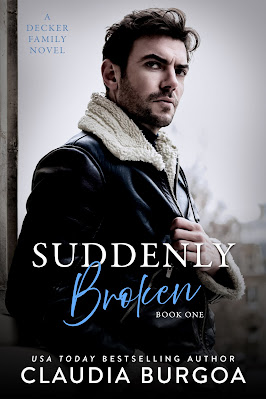 It’s a perk of being the only daughter of Gabe Colt and Chris Decker.

Except, no one knows my fathers are together.

They kept their marriage private along with their children.

They hid us–and their love for each other–for years.

I grew up sheltered from the celebrity world.

But I was exposed to so many lies…

All I’ve ever wanted is a normal life.

Sure, I have my brothers and the handsome, geeky Mason Bradley, but that’s not enough.

Instead of finding it—him–I fell for Porter Kendrick.

I thought he loved me.

He only loved that I worshiped him.

After a loss that rocks my world, I find myself relying on the only friend I’ve ever had.

The first book in the Unexpected Everlasting Duet will invoke tears and heartbreak in a gut-wrenching love story. This book ends on a cliffhanger that’ll change everything…

The Unexpected Everlasting Duet is based on Ainsley Decker and Mason Bradley’s story. Part of this duet was released as Unsurprisingly Complicated.

Momma Says: 5 stars⭐⭐⭐⭐⭐
Suddenly Broken. I don't think Claudia Burgoa could've chosen a better title for this first half of the Unexpected Everlasting Duet. So much of this part of the story is absolutely heartbreaking. Parts of it were also infuriating. And at the same time, there's hope. Granted, this first half of the duet is more about the angst and turmoil in both Mason's and Ainsley's lives, but the hope is there. These two have grown up together and have become each other's person. Through a toxic relationship, family drama, and life in general, Mason and Ainsley are there for each other. I love how Mason steps up for Ainsley and how she relies on him during the most trying time of her life. See? Hope. To sum it up, Claudia brings all the feels and then some with this duet, and that includes some tears along the way. A few times, I went from tears to fury and back again, depending on the circumstances. I know I yelled at these characters a time or two - or three. And when I start that, it's getting plenty serious. That's par for the course with Claudia Burgoa's books, though. She creates stories you can't put down and characters who practically leap off the page. Case in point: pretty much every character in this duet (even if I only wanted them to leap so I could bring the hammer down). This first part does end in a cliffhanger, but thankfully, I had part 2 ready to go, which is exactly what I recommend. Especially if you don't want to let that cliffy sit undisturbed. 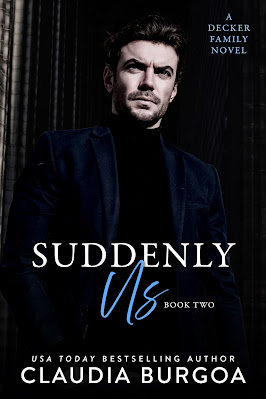 It’s been five years since I lost myself.

Instead of conquering the world, I was broken by a man.

Now, I’m willing to risk everything to find the more I’ve always wanted.

Mason Bradley has always been there for me.

He held me when my world shattered.

He helped piece me back together after I was broken.

Now, I think it’s time he teaches me how to date.

He dedicates his life to serving others.

He doesn’t want a place to call home.

And he’s not looking for love.

Except, things get complicated too fast between us.

And to top it all, the low-life I dated is back trying to claim me.

Is this déjà vu or are we destined to be together?

Suddenly Us is the conclusion of the Unexpected Everlasting Duet.

Momma Says: 5 stars⭐⭐⭐⭐⭐
Wow! This is a love story to remember. Starting in Suddenly Broken when Mason and Ainsley were children and moving into that coming of age part of life as well as new adults still trying to figure it all out. It's hinted at throughout both books, but we don't really find out everything Mason does until this book. Talk about a hero. Mason is pretty much the very definition of a hero. And Ainsley can certainly use one of those. I'm going to try to be vague here so I don't give too much away, but one of my favorite parts of this story is when Ainsley has herself a little fit and tells some people in her life exactly how she feels about things. Funnily enough, I really liked the characters she's raging against, but they still needed a bit of confrontation. Sometimes it just takes someone to get loud so they can be heard. Once Mason and Ainsley get started on their way to a relationship, it's full steam ahead, or at least one of them thinks so. Of course, life is messy, and it doesn't always work out that smoothly, so these two have to go a little further before they figure it all out. I don't always go for stories with this much angst, but I've never met a book by this author that I haven't liked, so I dove in. Yes, it's angsty and emotional. Yes, I shed a few tears, and I really wanted to shake the life out of a character or two. But it was worth every bit of angst and upset. When an author can make me feel this much, make me want to reach out and tell the characters what they need to do, she's done her job, and she's done it quite well. If you like angsty love stories, then you don't want to miss this duet. It'll take your breath away.