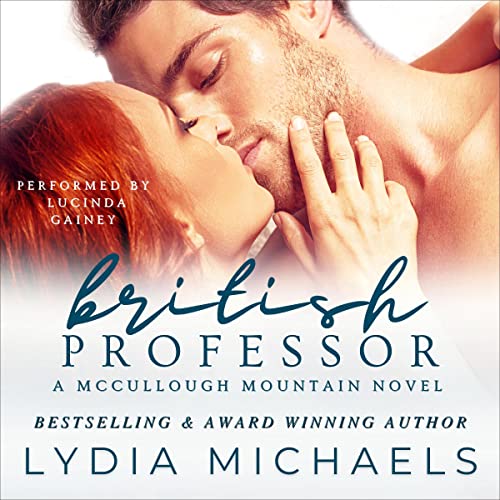 Sheilagh McCullough has been pretending to be someone else her entire life. When she takes her rebellious act too far, her overbearing brothers decide it’s time for her to grow up and face her future. After six years of procrastination and parties, Sheilagh is finally going to college.

Dr. Alec Devereux is an ethical man, but when Sheilagh enrolls in his class, his morals, as a professor, are put to the test. Brilliant, tenacious, and a contradiction to herself in so many ways, Alec’s new student enchants and tempts him to break the rules. Choosing lust over logic, Alec pursues Sheilagh with uncompromising desire until her unresolved past—and crazy family—collide and present a threat to their future.

It’s too late to walk away once he’s fallen for her, but Sheilagh has the final say. When a line is drawn between her happiness and her family, she has a difficult choice to make.

Best-selling author, Lydia Michaels, has created an unforgettable family saga bursting with sizzling secrets and scandalous moments in this award-winning series, McCullough Mountain, where each story can be listened to as a stand-alone!

Momma Says: 5 stars⭐⭐⭐⭐⭐
I can't get enough of the McCulloughs. They're as lovable as they are crazy, and you can bet that more than a few drinks will be tossed back when this bunch gets together. Given everything I've learned about this family so far, it shouldn't have come as a surprise to see the fiery Sheilagh fall head over heels for the calm, rather soft-spoken professor. A professor who just happens to be British, complete with a sexy accent.
Age-gap and opposites attract are two of my favorite romance tropes. Add in another couple of high on my list tropes with the small town and family saga, and I was pretty much guaranteed to love this one. It doesn't hurt that I'm 4 books into the series, so the characters are like old friends at this point, and I'm thoroughly invested.
Alec and Sheilagh are so easy to root for. They have terrific chemistry, and even though they are opposites, these two fit perfectly. They even kind of make sense once you get to know them both. Alec is a professor, and Sheilagh's a student, so you know there's going to be some angst. Plus, her past causes some problems that need to be dealt with. What I liked most about those bumps in the road is that no matter how much distance was between them, no matter how angry one or the other might be, the love is still strong, and it comes through. Even when one of them has to fight for it, you just know these two can make it work.
Lucinda Gainey gives voice to the characters, and she proves herself very adept at various accents. From an Irish brogue to a well-educated English accent, this narrator has it covered. She also captures all the feels. Whether the McCulloughs are being completely crazy or our romantic couple is dealing with one of those bumps in the road, Lucinda Gainey is on top of it.
To sum it up, British Professor is another must-read in a fantastic series. Lydia Michaels has me hooked on this family and their mountain with her storytelling, and Lucinda Gainey gives another great performance.