Abused and used like scrap, Golem has never known anything but pain. He exists to serve the Oracle’s whims and needs. After escaping the Monastery, he hid himself away where no one would be able to use him again. Then one day a child falls asleep in his lap…

Marl is nothing special. He’s low in the Earth Caste, set to watch over the Caste’s problem child, Lichen. In search of the errant Lichen one day, he unexpectedly comes across Golem hiding deep in the mountains. Unlike his usual behavior, he desires to see Golem again.

Then Marl learns why Golem is hiding, and he realizes he must make a choice: the Oracle or Golem.

Prologue
The boy standing eagerly in front of the Oracle was still young—too young for the power she could see in him and the future he would endure. She ought to wait another year or two to hold his testing. It would be kinder for him.

One such future coincided with waiting just a little longer to test the young man in front of her. She had seen great things in his future if she did. He would emerge from the testing chamber as the Dragon of Earth and would protect cities, save lives, and accomplish great deeds. Her Dragon of Earth would live up to his title with utmost strength and morality. Yet, while he was off doing those great deeds on the other side of the world, the world itself would come to an end. The ability to prevent that from occurring was possible in her time; therefore, it was her duty to do everything she could to prevent it.

Two nearly identical men sat on their thrones: the king and regent of Altnoia. Next to them sat a man she did not recognize. The third man was of the Fire Caste—that much the Oracle knew—but she also knew it would be her successor’s task to send him there. Underneath the three chairs, hidden from view, was a green shadow. It boiled with hate and resentment, deadly in intent and caustic as it began to sicken everyone in its vicinity. Eventually, the green shadow would rise again, beaten but not broken by the battle that had won King Edan and Regent Egan their throne.

This time, in this particular version of future events, the shadow would win. While the Dragon of Earth was doing great deeds on the other side of the world, the very world he was trying to protect would die.

There were other futures possible as well. There always were. In a second version of the story, a child, her child, approached the green shadow and vanquished it with love. This future had a happy outcome, but an unhappy beginning. She would die, her Hatchling would suffer, and the Dragon of Earth would wither in pain. He would do no great deeds across the world, but in turn, the world would not end. All that was required was for the eighteen-year-old, too-young man standing in front of her to test as soon as possible. Once he was the Dragon of Earth, she would use him to create her child. The combination of his power with hers would breed a hatchling strong enough to save the world.

In the end, she had no choice. It was both her duty and the duty of every Dragon to do what they could to keep the world turning.

“You will test first,” she said finally, aware that a lengthy space of time had passed since she had first placed her hand upon the young man’s forehead. “Come to the testing chamber in an hour.”

He was so happy, her Dragon of Earth. His hair had turned the deep brown of freshly picked nuts, his eyes the vibrant green of growing plants nourished within the earth. Emblazoned in full glory on his body was the Dragon of Earth tattoo. Wingless, yet still as elegant as any dragon. The head rested on his chest, long rootlike whiskers circling his pectorals while the strong, scaled neck covered his entire left shoulder. The body of the dragon, with its four short legs ending in sharp claws, was so large that barely any clear skin remained on his back. The tail trailed down one leg, ending in a spade shape at the very tip. The dragon itself was beautifully shaded from the brown of the deepest earth to the green of the highest tree.

The Dragon of Earth had his entire future in front of him, or so he thought. The celebration party held in his honor went well into the night, and the Oracle watched as the young man drank and enjoyed. When no one was watching or was sober enough to care, she approached her Dragon of Earth. His eyes were vacant, the spirits in his stomach taking his brain elsewhere. It was easy to seduce him, even easier to draw him away from the party to an unused room where she could use him to conceive her child.

Nine months later, the Dragon of Earth watched as the child he’d helped create destroyed her body. He was also present five years later when her body finally failed and a new Oracle was born. She had seen the despair in his eyes and the belief that his incompetence and callous actions had caused her demise. So she had shown him the truth, hoping to console him just the slightest. Instead, she saw his pain grow at the knowledge that she had purposefully deceived him for her own ends. The Dragon of Earth had been slowly withdrawing from the Monastery during the last five years of her life. On the day of her death, he, too, may as well have died.

The Dragon of Earth vanished into the mountain. He became the very rock of his element, abandoning his humanity as much as he was able. There would be no great deeds for her Dragon of Earth, but one day she hoped he could forgive her.

The Oracle had tested dozens of children. There was absolutely no reason she should hesitate over this one. He was bright-eyed and eager, no doubt imagining the great things he would do once he became a high-level Caste member. Like all of the children destined to be ordinary, this child would suffer disappointment. He wasn’t going to test high at all; in fact, he was going to test so low into the Earth Caste he would become an afterthought.

There would be no great deeds for this Child of Earth. No abilities would set him apart and make him notable despite his low status. Should she have him test now or in five years, nothing would change.

Yet, the Oracle still hesitated.

She was experienced enough to know that in her craft, there were visions and there were murmurs, but each one could portend equally important events. This time, there was a murmur in her mind, something that told her this child might be more than just a lost Earth Caste one day. Decision made, she removed her hand from the child’s forehead and spoke.

“You will test second. In three days, come to my chambers.”

He emerged from the testing chambers already knowing his fate—the Oracle saw it on his face. The child turned, and on his back lay a tattoo of a serene field. Empty of all, save unplowed dirt, it looked bland. The others in the room, scoffing behind their hands, agreed that the child had tested poorly. Not even the smallest blade of grass grew on the plain tattoo—only brown dirt covered the entirety of his back—from buttocks to neck.

The Oracle stood and reached upward with her small hands until she touched the middle of Marl’s back.

“There is a seed here,” she whispered for his ears only. “It may grow, or it may not. That is entirely up to you.”

Marl turned and bowed to her. His face hid his pain well, but she could see it in his heart.

“I will endeavor to be the very best Earth Caste I can be,” he replied in a firm voice.

“Then go, Marl of the Earth,” she answered strongly. “I expect to see great things from you.”

Marl left, followed by his new peers in the Earth Caste who would see him start his advanced training. He was of little power or importance, so they would leave him be soon enough. The Oracle knew that one day Marl would walk back into her chambers and surprise them all. She just couldn’t yet see what that surprise might be. 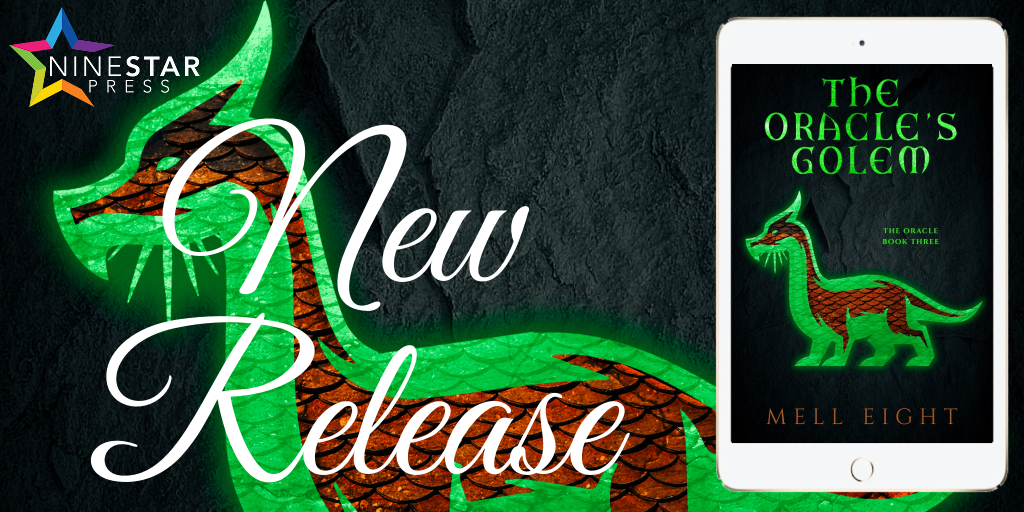