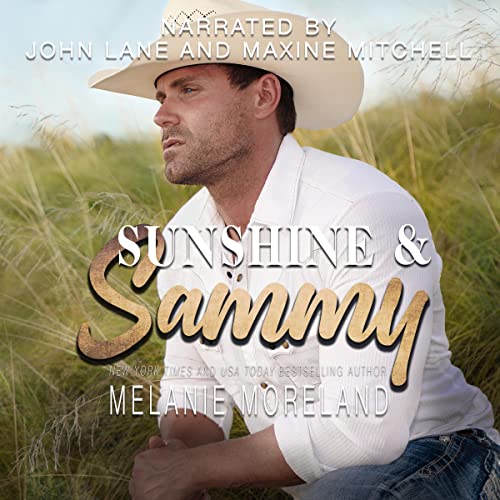 Luke Adler lives for his ranch. It’s the only reason he agreed to get on board with his sister’s grand plan for guests staying on the property.

Nothing prepares him for the force of nature that is Samantha Morrison. When she arrives on his ranch to help construct this new part of his business, what he expects and what he gets are two entirely different things.He expects a no-nonsense businessman. Straightforward and simple.What he gets is a sunshine smile, sweet sass, and a woman who pushes every button and boundary he has.He tries to ignore the draw, the urges she makes him feel. But when she gets close, he only wants her closer.She makes him question his decisions, his thoughts, and the idea that being alone is best for him.Even when they are consumed by the fire between them, he knows they come from two different worlds and he has to let her go.But when the time comes, can he do that?Can he live without her sunshine to warm his cold heart?Or can this cowboy learn a new trick?

Author's Note: Heat and heart fills the pages as our heroine learns to ride a horse and tame a grumpy cowboy in rural Alberta.

Momma Says: 5 stars⭐⭐⭐⭐⭐
First, let me just say that this one would've been much shorter and had a much different conclusion if I were Sam. I would've leaned more toward running over this cowboy with his own dang truck after the first meeting they had, which wouldn't have gone well for getting romantic. Ha! But I'm not Sam, and obviously, there's a very good reason I'm on this side of the book, and Melanie Moreland is on the other. She definitely knows her stuff when it comes to romance and never fails to wow me with her words.
I do love me some cowboy, and it didn't take much more than a hot minute for me to fall in love with the grumpy Luke Adler, and every time Sam peeled back another layer, I fell a little more. Luke needed Sam's brand of happy in the worst way, and it's all too easy to root for these two. She's also from Moreland's Vested Interest generation, and I enjoyed the little sneaks at some favorite characters from past books.
So, if you're looking for some swoon and some Kindle-melting heat, Sunshine & Sammy is a good bet. Luke says some of the swooniest things even when he does want to be all grumpy and contrary, and he and Sam have terrific chemistry. We do get some angst, but the author tempers those feels with her often hilarious wit and some equally hilarious situations.
Now, combine all of that swoon with the narration of Maxine Mitchell and John Lane. I loved Sammy and Luke when I read them, and Mitchell and Lane give such a great performance. From all the toe-curling, swoony things Luke says to the crazy situations Sammy finds herself in to the steam this pair generates, it all comes through, feels and all, in the narration. So, another terrific combination between Melanie Moreland's words and Maxine Mitchell and John Lane giving voice to the characters.