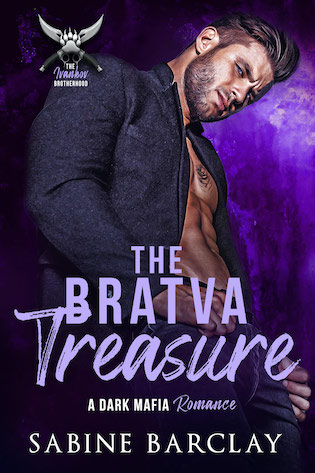 She has no idea what she agreed to…

My printsessa thinks she’s taken a regular job for a regular lawyer.

She doesn’t know the devils that lurk below the surface now that she’s in my world. The bratva world.

Let someone try to take her. I’ll burn the world down around them to keep her. She’s my soulmate.

She doesn’t know her limits yet. I’ll take her there, then bring her back with my touch and my love.

Bratva Treasure is an interconnecting, standalone Dark Mafia Romance with a HEA and no cliffhanger. It contains extra-steamy scenes that will make your toes curl and your granny blush. This is book three in The Ivankov Brotherhood, a six-book series that’ll keep you warm at night.

I can’t stay away. I have no reason to go to Maks’s place every day. But I keep finding excuses. I’m so intrigued, and I keep making it worse by feeding my curiosity. Part of me is genuinely interested in getting to know Stasia, but the other part of me is suspicious as hell. I trust next to no one who isn’t family or bratva. My sisters-in-law are the rare exceptions, and I wasn’t sure at first. I was impressed and respected Laura from the get-go. She wrapped us around her little finger to the tune of forty billion when she out negotiated us for a merger with a company she represented.

Christina was an inspector for the city planner, and she showed up at one of our building sites for a rather untraditional and unforgettable meeting. Poor Bogdan. I will never forget the look on his face when he recognized her. He clearly wasn’t over how they parted the first time they met a few days earlier. But she was incredibly helpful and sorted out more than one mess for us. She’s so good that we made her the head of our construction branch.

But Stasia. I don’t know yet what to make of her. I want to fvck her into next week. That much I know. She’s beyond pretty. She’s not stop-you-in-your-tracks beautiful until she smiles. Actually, I take that back. I think she’s beautiful and hot as fvck, but I know a lot of men wouldn’t see her that way. That’s more than fine by me. She’s almost too thin, but more in a leggy supermodel kind of way. Eastern Europe produces some of the most gorgeous women in the world. Her half-Russian side is strong.

But I still find it hard to trust her. She’s in my brother and sister-in-law’s house every day and around my niece and nephew. I know she passed a background check, but anyone new makes me uneasy.

I know that’s an unfair question, but I ask it anyway. I want to see her eyes, her gut reaction, not hear her profess she loves it.

Sincerity. Either she’s telling the truth, or she’s a sociopath with no compunction about lying. I think it’s the former.

“Better than what you did before?”

Half the time we speak Russian, and I don’t even notice. We have been today. It’s enough to lull me into thinking that she might be fully Russian and would understand our life. But she’ll stumble over a word or have to think about one for a moment. It all comes crashing back down that she isn’t. She’s only half. But all of her was raised in America. Then my suspicions start all over again. What happens if she finds out? What were Maks and Laura thinking bringing a stranger into their home?

Not just because we’re bratva, but because the twins are here. She doesn’t seem like the type, but I’ve seen “The Hand That Rocks the Cradle.” I remember that Soul Asylum song I used to hear sometimes on the Classic Rock station. “Runaway Train.” That was one with the music video with the woman who grabs the baby out of the stroller. I watched it once, and it’s stuck with me ever since.

I have an overactive imagination. That’s what my dad would tell me when I was really little. It was usually when I made Bogdan pretend to be my dog. My parents wouldn’t get one. Our apartment in Moscow was barely big enough for the six of us. I would make Bogdan crawl around with me. I was five, and he was four. What was the point of having a little brother back then if I couldn’t get him to do things for me?

“Big plans for the weekend?”

“No. I’m just going to help my friend Beth move and then hang out at my place. My friend Gracie and her fiancé are going out of town.”

“I don’t miss the days of helping people move. I spent a summer working for one of those college guys moving companies. Good money, but never again.”

I pretend to shiver.

“Monday nights are actually our night to go out. There’s a place near campus that has great happy hour specials.”

Tucking that little nugget away. 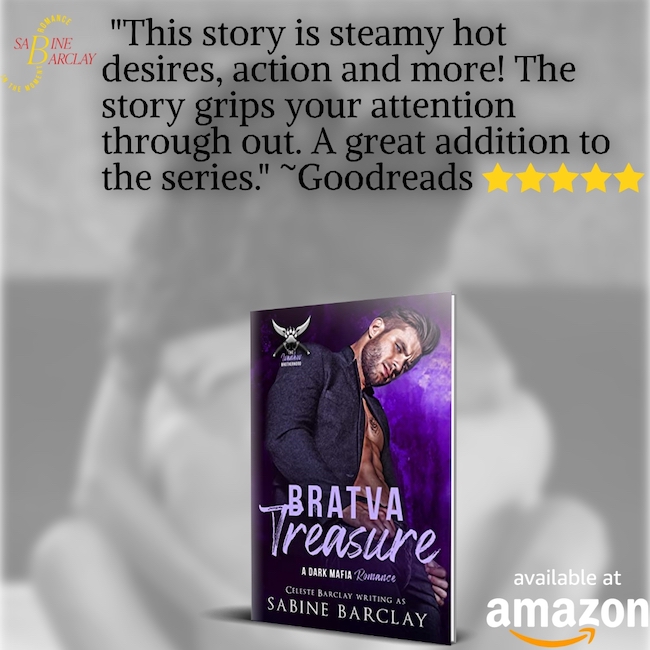 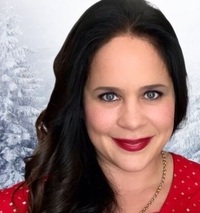 Sabine Barclay, a nom de plume also writing Historical Romance as Celeste Barclay, lives near the Southern California coast with her husband and sons. Growing up in the Midwest, Sabine enjoyed spending as much time in and on the water as she could. Now she lives near the beach. She's an avid swimmer, a hopeful future surfer, and a former rower. Before becoming a full-time author, Sabine was a Social Studies and English teacher. She holds degrees in International Affairs (BA), Secondary Social Science (MAT), and Political Management (MPS). She channels that knowledge into creating engrossing contemporary romances that will make your toes curl and your granny blush.