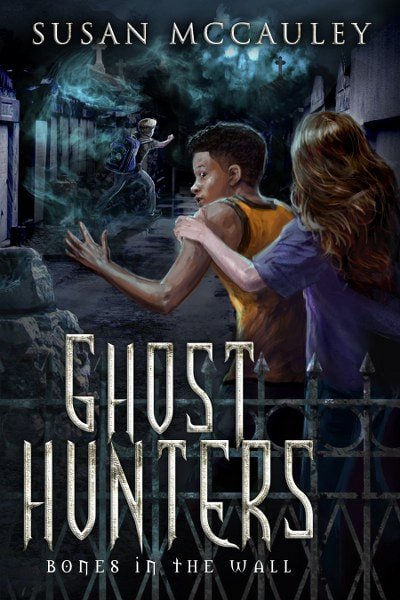 Bones In the Wall

Twelve-year-old Alex may have lost his ability to play sports, but he gained the ability to see ghosts. Now he must figure out how to put a malevolent spirit to rest -- or die trying.

Once an athlete and popular kid, Alex is in a terrible car accident that severely injures his hip and leaves him with a rare power: he can hear and see ghosts. All Alex wants is to be normal. But when a vicious spirit begins haunting him, Alex must accept his unwanted psychic powers and work with his best friend and his paranormal investigator cousin to solve the mystery of bones in the wall and put the ghosts in the house to rest. If he fails, he’ll lose his family and friends to a gruesome fate.

Ghost Hunters: Bones in the Wall is the first novel in the heart-pounding Ghost Hunters middle-grade horror series.

PRAISE FOR GHOST HUNTERS: BONES IN THE WALL:

“McCauley puts forth a fascinating premise that will captivate readers. . . a creative and highly original new work. . .”
– BookLife Prize

"Unique and imaginative, Ghost Hunters: Bones in the Wall blends middle grade angst with a big helping of the heebie jeebies. A sure hit for fans of R.L. Stine." - James R. Hannibal, award-winning author of The Lost Property Office 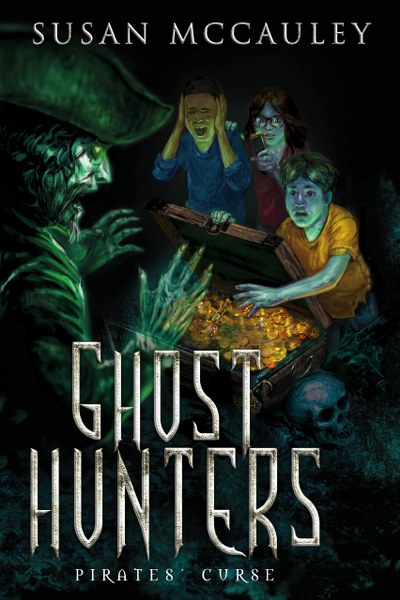 In this ghostly and fast-paced adventure, twelve-year-old Alex must use his psychic gifts to speak with pirate ghosts to solve the curse of an old pirate hangout—if he fails, his best friends could be trapped there forever.

Ghosts are commonplace in this dark and exciting world, and the psychics who deal with “the Problem” are rare. Apprentice psychic investigator Alex and his two best friends embark on their first solo case to discover who’s haunting an old New Orleans pub. They battle ferocious winds, driving rain, and raging spirits to put a pirates’ curse to rest. 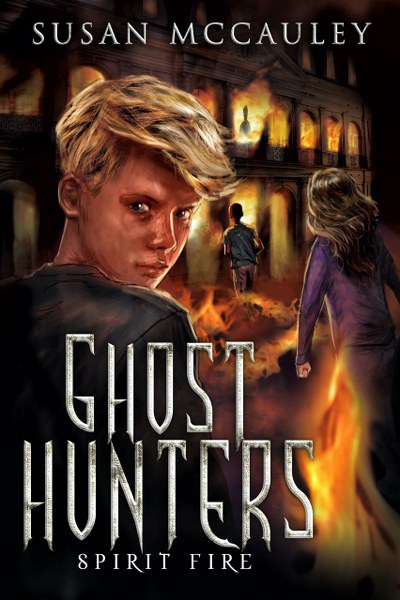 Who—or what—is causing the fires in the French Quarter? A little girl? A long-dead prisoner? An evil presence calling to those beyond the grave? 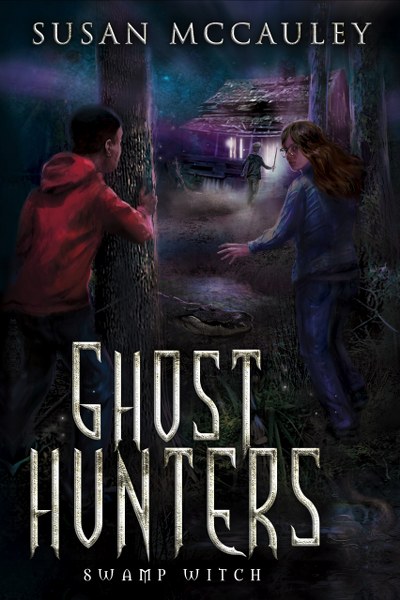 In this spooky-fun mystery, thirteen-year-old psychic Alex and his paranormal investigator friends face their biggest challenge yet: the hospital haunting. The friends are convinced that this surge of ghostly activity is far more devious than the “experts” suspect—and that only the ancient magic of an elusive swamp witch can put the ghosts to rest. Finding the witch means braving the Louisiana swamps full of gators and snakes, but if Alex and his team fail, New Orleans could become a realm of the dead.


Book 4 in the paranormal mystery Ghost Hunters series is perfect for fans of Lockwood & Co. and Stranger Things. 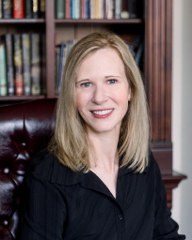 Susan McCauley is a screenwriter and award-winning author of books for adults, young adults, middle grade, and young readers. Susan fell in love with writing, theater, and film when she was eight-years-old. That passion inspired her to receive a B.A. in Radio-Television with a minor in Theater from the University of Houston, an M.F.A. in Professional Writing from the University of Southern California (USC), and a M.A. in Text & Performance from the Royal Academy of Dramatic Art (RADA) and King’s College in London. Susan also studied acting at Playhouse West with Robert Carnegie and Jeff Goldblum (Jurassic Park, Independence Day) in Los Angeles.

Susan has several short stories published, one of which, "The Cask", was made into an award winning short film. "The Cask" was published in the Camden Park Press anthology Quoth the Raven, which won Best Anthology of 2018 in multiple reader polls. In addition to her short stories, Susan has one novella and four novels in print, as well as a feature length film in development. Many of her books have appeared on the Horror Writers Association Recommended Reading List.