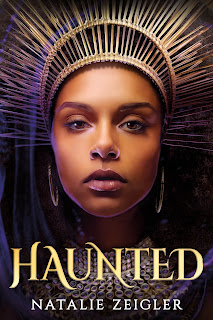 Haunted
Book One
Natalie Zeigler
Genre: YA Fantasy
Publisher: Black Glory Publishing House
Date of Publication:  January 3, 2023
ISBN: 978-1-7356641-4-9
Number of pages: 294
Word Count: 97,833
Character Art by Diletta De Santis
Cover Design by Lesley Worrell
Tagline: In a kingdom terrified of magic, the Chieftain’s daughter must face her growing power…
Book Description:
Mäzzikim (Maze) is the youngest daughter of a powerful chieftain, but beneath her obedient façade she’s haunted by disturbing necromantic visions—a rare power bestowed by the gods. With her ruling father vowing to destroy magic in all its forms, Maze languishes under the weight of her heavy secret.
But as her power grows, Maze’s ability to speak to the dead draws her closer to the truth behind the realm’s mysterious past. Struggling to find the truth while navigating volatile family tensions and clan politics, Maze has no idea that an evil threat lurks where she least expects it.
Maze’s gift could prove to be the salvation of her people, or the ultimate proof that magic corrupts everything it touches. Either way, the destiny she faces will change her and the realm, forever.
Haunted is book one of a gripping YA fantasy series of the same name.
Goodreads 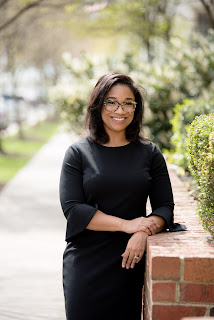 About the Author:
Natalie Zeigler studied journalism and English literature at Loyola University Maryland and health communications at American University. By day, she is a communications director at a federal agency. By night, she is an author of YA
fantasy series. She lives near Washington, D.C., with her husband and two children, which whom she enjoys epic dance parties.
Instagram https://t.co/AqvqsPI5Bp
Twitter https://t.co/1dS7Yz3bbc
Goodreads https://www.goodreads.com/user/show/55862803-natalie 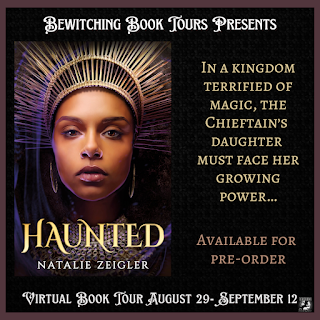