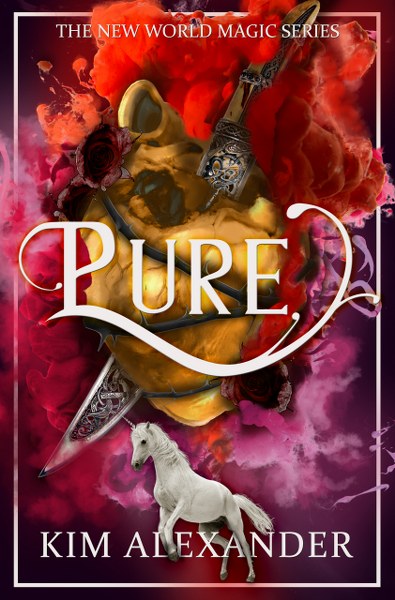 ‘A unicorn walks into a bar….’ That is not a joke. Look, I’m a bartender, I have nothing to do with the xenos. I don’t care if it’s an elf or a vampire--as long as they don’t bother me, I steer clear. I have my reasons--you can see them in the scars on my neck. I never wanted to get involved. But my life changed for the second time when I saved the life of a unicorn. I made an enemy of something old--old and evil, and whatever it was, it’ll be back for another try. I also made a friend when I decided to help March. He’s only been a human man for a day. I’m responsible for him now. He’s my friend…and maybe something more. Maybe a lot more. It doesn’t matter to me that he isn’t magical anymore. I don’t care if he’s not PURE. But he does. From best-selling author Kim Alexander, a modern fairy tale of magic, love, and redemption. 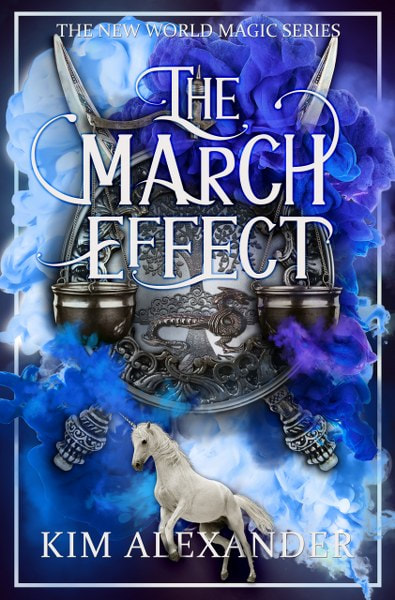 A unicorn walks into a bar…and leaves with my heart. He’s gone, and now I have a unicorn-named-March-shaped hole in my life. But, I get it. Unicorns aren't meant to live in a world where they have to deal with putting gas in the car, getting groceries, and paying cell phone bills. I'm trying to get past this. Really, I am. It's just that everyone constantly talks about him, from his immortal ex-girlfriend, to reality TV-obsessed Fae, to even my own fully-human friends. Even his enemies are still obsessed with him. I learned that the hard way. Did I mention the part where I end up on the run—again—from an old, powerful enemy of his? Yeah. Fun times. I just want to be left to get over my broken heart while watching home improvement shows and eating ice cream. But mysterious disappearances, murder, and a quest for affordable real estate in Washington D.C. keep getting in the way. Maybe that's just life. Sometimes we get what we want. Sometimes, we get what we need. And sometimes, we get what we deserve. I guess you could call it…The March Effect. 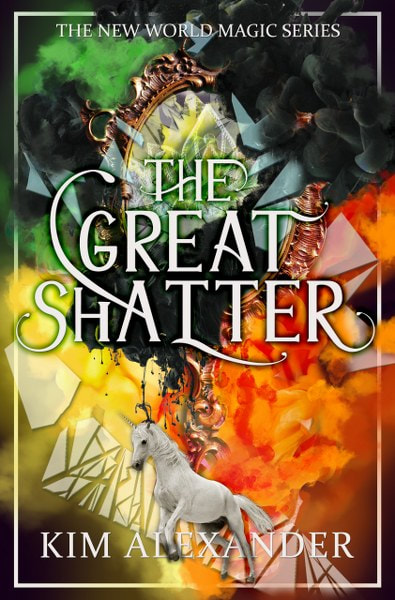 A unicorn walks into a bar...except there are no unicorns or bars in the court of the Unseelie fae, which sucks because Marly could really use a drink.

Honestly, going from human to vampire, to something not quite mortal would drive anyone to drink. Being hounded by a grudge-holding kitsune didn't help, either. But when the king of the Unseelie fae declared Marly his queen and the hope of his people, it seemed her troubles were over, and off they went to his magical kingdom in a reality-tv-worthy happily ever after.

Except it's more hard landing than happy ending. Marly is thrown into the crosshairs of ancient hatreds where war masquerades as etiquette, shadows must beg for light, and things with tentacles are just waiting for something to go wrong. And something is going wrong...very wrong.

With every mis-step, she stumbles closer to the edge of a darkness waiting to consume her, and the king's love is like a poison that can cure or kill. Her only hope is to unveil the truth dancing in the great mirrors in the sky, even if that sky comes crashing down. 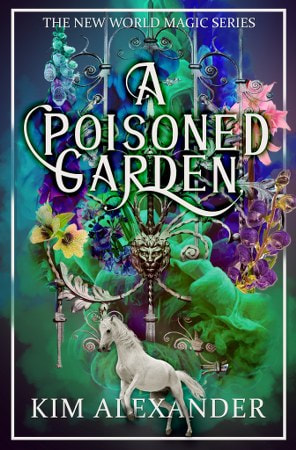 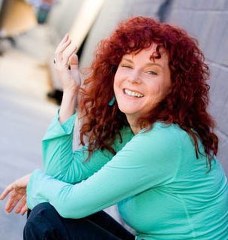 Kim Alexander grew up in the wilds of Long Island, NY and slowly drifted south until she reached Key West. After spending ten rum-soaked years as a DJ in the Keys, she moved to Washington DC, where she lives with two cats, an angry fish, and her extremely patient husband who tells her she needs to write at least ten more books if she intends to retire in Thailand, so thank you for your patronage.