The MacKenzie Chronicles Tour and Giveaway 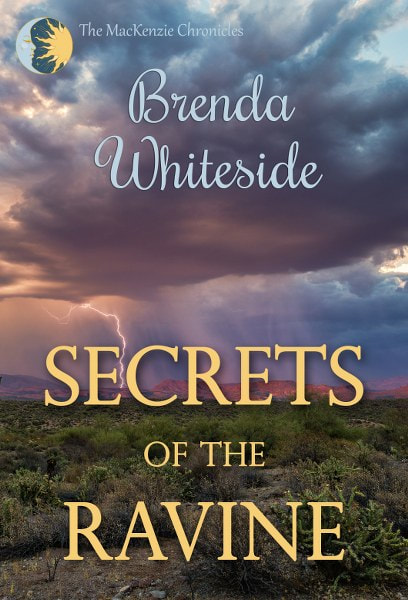 Secrets of the Ravine

Lies can haunt, but the truth will kill.

Magpie MacKenzie doesn’t believe in coincidence. But when a ringer for her long-dead love walks into her life the same day skeletal remains are unearthed, she’s convinced the universe is sending her a message. Fearing her father will be accused of the crime, Magpie will do whatever it takes to find the truth. Even risk her heart on this familiar stranger who may hold critical clues to the unsolved mystery.

While visiting purportedly haunted Joshua, Arizona, lawyer Zack Peartree is instantly drawn to the free-wheeling shopkeeper. His attraction propels him on a collision course between past and present where digging up secrets could prove fatal.

Using decades-old clues and Zack’s déjà vu moments, the couple embark on a treacherous race to prove her father’s innocence before Magpie becomes the next victim. Can they save her from a murderous fate, or will love be the final casualty?

Zac picked up the sack with the music box. “Are you the owner of this great store?”

“I am.” She returned his smile. “Magpie MacKenzie. And you are?”

“Zac Peartree. Is that your real name?”

Accustomed to his reaction, she gave her standard reply. “It’s a long story.”

“One I’m sure I’d enjoy hearing. Will you be working at your mercantile all weekend?”

She swallowed down the recurring flutter. “Mostly.”

“You all should have a drink at the Apparition Room tonight, the bar below the Copper Mountain Hotel own the block.” Phaedra finished stuffing paper around the sculpture for protection and then handed the box to the man with the redhead. “Our very own Magpie MacKenzie will be singing.”

Magpie scuffed a boot against her friend’s foot to quiet her.

“I guess that means we’ll see you later, Magpie.” Zac followed his friends but peered over his shoulder with an unreadable expression before he disappeared out the door and into the chilly wind.

Slightly lightheaded, Magpie braced herself on the counter. “Honestly, Phaedra, I could—”

“Now, Mags, you haven’t been this tongue-tied over a guy in years.” She retrieved her purse from behind the counter where she’d set it when she came in. “I need to get going, and you need to enjoy the quivers that guy is giving you. I’d guess he’s only thirty or close to it, but what the hell, he’s hot. Every man should fill his jeans like that, not to mention his shoulders.” She stopped by the door. “You two looked at each other as if—”

“As if we know each other?”

“Know each other? I agree he bore a resemblance to Mark, but that’s all.”

“Really? Sacrebleu, Phaedra. When I stared into that face, I saw Mark…a soul…from twenty-eight years ago.” The soul of someone she’d loved.

Who might have been a murderer…or worse, murdered by my father. 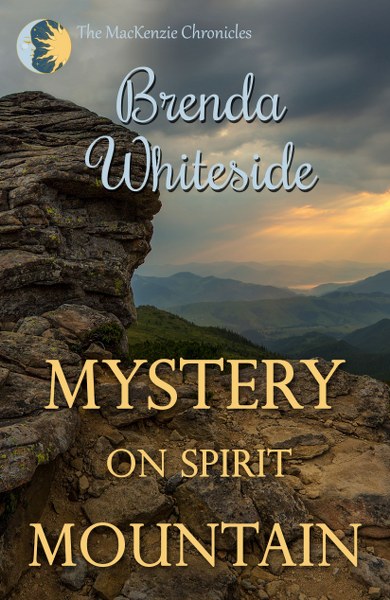 The past never sleeps, and the truth never dies.

Only Harlan MacKenzie can sense the troubled history of the Big Purple House. When he's hired to restore the historic mansion, he doesn't foresee the insidious secrets—secrets that entangle his family in deceit and murder.

Phaedra is selling the house that has been in her family for decades. As her friends-to-lovers relationship with Harlan escalates, she’s forced to choose between her way of life or his, even though she risks losing him forever.

After a stranger comes to town, weaving her web of deception, hell-bent on correcting an old grievance connected to the house, dark revelations of the past implode the present. Harlan and Phaedra are plunged into a dangerous mystery, risking their love, their future, and their lives.

“Why all this sudden interest in the family tree?” Magpie asked.

“When I went to the Historical Society to do some research on the Big Purple House, the name Lambert came up.”

“Research? What kind of research?”

“I wanted to know more about the history of the house.” An engine raced on the street outside. Harlan gazed out the window. “To help me get a feel for the renovations.”

“Do you always do that?”

“Why now?” She cocked her head, inquisitive as ever. His sister always had a million questions about everything. The pesky bird whose name she bore fit her.

“It’s hard to explain.” He’d made a giant leap confessing to his dad about the clear feelings he absorbed from inanimate objects and houses. He’d never been able to confide in Magpie. Her self-assuredness battered his.

“I’m not real inspired.” And I’ll leave it at that. “Dad thought it would help if I knew more history on the house. I found out Lilac Hersey’s maiden name was Lambert.”

“Yeah, I thought so too. Dad might know something, but I wasn’t sure I should ask him about Mom’s relatives. Wanda volunteered to do some more digging for me. Said to check back with her.”

“You think?” The bell on the door jangled, and he glanced over his shoulder to see Phaedra enter the shop.

“Hey, looks like the gang’s all here.” She strolled closer.

He took in a heady whiff of her rose oil. “You following me? Checking up on my progress?”

“You’re so suspicious.” She bumped him with her hip. “Actually, I did see your truck and decided to stop. Maybe I should start paying you by the hour.”

“Oh man. Another stab. You’re full of them.” He returned her bump, squatting to make it hip to hip. Her blue eyes twinkled like crystals. A strand of white hair hung along her cheek, threatening to stick to her glossy pink lips. He caught it with a finger, trailing his knuckle along her cheek. And he was lost in her gaze.

Until Magpie cleared her throat.

Phaedra blinked, and a noise somewhere between a gasp and a sigh parted her lips. 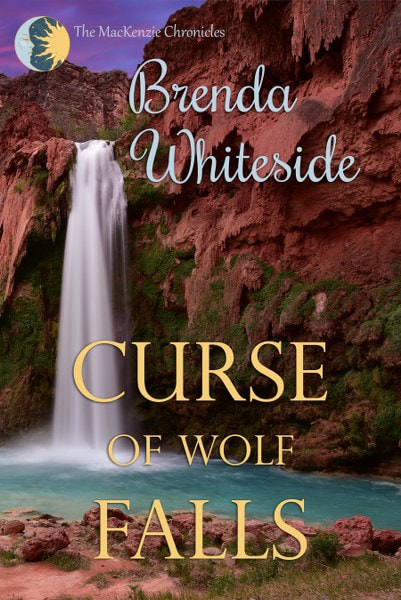 Secrets can protect what the truth will destroy.

Elidor MacKenzie has a gift she can't return—the ability to absorb the joy, pain, and suffering of others. She's spent her life running from what she considers her curse. Now, her best friend is dead, and she alone holds the key to an archaeological discovery that could destroy a culture. With newfound inner peace, Elidor has returned home to make amends and guard the secret revelation. But greed-driven scavengers have followed her. Once again, the energies of Joshua will stir the hurricane, with her at the deadly center.

Jules never got over Elidor. Twenty years and a famous journalism career later, he's back in Joshua—and so is his first love. If his heart can stand the torture, he'll risk reviving their relationship. But saving Elidor from herself and the secret she won't give up may be the death of them both.

With Jules by her side, Elidor is determined to outrun the scavengers, guard the secret, and renew their love. But fate is coming after her, and there's nowhere the couple can hide.

Elidor snuggled under the covers in Juanita’s guest room. The air conditioner hummed, sending air over the bed chilly enough to warrant a fluffy comforter. Heaven. The evening with her friend and mentor left her relaxed and drowsy. She just might get the best night of sleep she’d had since Cam died. She’d be well rested for the long drive…home…yes, home. For the first time in forever, this trip felt like she was honestly going home. Staying in Joshua for more than a few days had never been peaceful for her. But with Juanita’s teachings, the possibility shone brighter than the moonbeams flooding through the thin curtains on the window.

Her dad’s smiling face carried her into a half-wake state. He’d be so—

A noise outside. A shadow across her window.

She sat. A wave of nausea gripped her midsection.

Her car alarm shattered the night. Juanita appeared at her bedroom door, a shotgun in her hands. “Stay put.”

A moment passed before Elidor gathered her wits and jumped from the bed. Her friend was headed outside with a shotgun? She scooped her cell and car keys from the bedside table. As she bounded through the living room, she punched in 9-1-1, but when she saw Juanita standing on the front steps, front door open, and merely surveying the yard, she stopped before hitting send.

“Should I call the cops?” She joined Juanita on the porch.

“No. If someone was here, he’s long gone. I suppose it might’ve been javelinas. Could’ve bumped your car.”

Her friend left the porch, walking toward her Cruiser in the driveway. She followed, scanning the yard. She’d rather not come upon the nasty creatures without warning. Yet she had an uneasy feeling that some other form of nasty creature was responsible.

“I don’t know, Juanita.” She circled the car, checking if any of the doors or windows had been tampered with. “As I was falling asleep, I thought I saw or felt…”

“You wouldn’t be targeted for any reason, would you?” Her friend’s voice remained quiet, not accusing, but Elidor sensed deeper feelings in the older woman.

“Targeted? Me?” Her insides shivered. “No. No reason.”

Keeping the Mescalero Myth secret required total silence about it. If Juanita suspected, even she would not speak the words. Only Cam and Elidor knew, and her best friend took his knowledge to the hereafter. 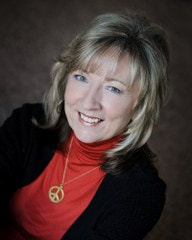 Brenda Whiteside is the award-winning author of mystery romance and suspense. She's penned a couple of historicals and straight romance, but she's found villains and danger make a good story that much better. After living in six states and two countries—so far—she and her husband have settled in Central Arizona. They admit to being gypsies at heart so won't discount the possibility of another move. They share their home with a rescue dog named Amigo. While FDW fishes, Brenda writes.