B is for Bonnie Blitz 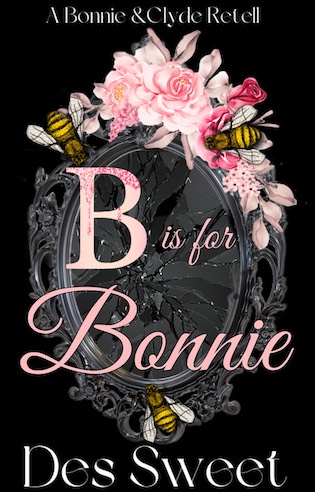 Buckle up for a modern Bonnie and Clyde Retell. This reverse harem take on the classic robbers will have you rooting for the bad guys and wanting more. Join Bonnie, aka Bee, and the Boys for the biggest heist yet. Jealousy and emotions run rampant before heading off to the Vegas Diamond Show. Will the boys learn how to share or will this tale end in disaster for some?

Bonnie felt Joe pull her in close. She felt him caressing her shoulders and kissing her back. She even heard him whisper a promise for a better life, before she allowed her body to fully relax and fall into a deep sleep. She awoke sometime later in the night. Bonnie wasn’t sure of the time at first, only that it was dark. A glance at the digital clock told her it was eleven at night, she rolled over to feel the bed. As usual Joe was gone, but she knew exactly where to find him. Bonnie had on a long sleeve henley and a pair of booty shorts, but she could feel the familiar chill from the deck door being cracked. He left it open to listen for her stirring. That was one of the things about Joe she adored. He loved her unconditionally the way no man ever had. He did everything she asked of him just to be with her. She knew it was wrong of her to be angry with him. He did everything he could to keep her safe while she was captive and to get her back as soon as possible. Shit the other boys didn’t seem to care. Ray, he had a special kind of hell waiting for him, and Henry. Bonnie was hurt Henry didn’t show up for her. She knew Joe had to have called him, but nobody showed up like a knight in shining armor the way he did. Joe did everything right and she was taking her own guilt out on him. Maybe it was time to break up the gang and move on with their lives. She had more than enough money stock piled to live off of. Maybe just a few more big heists and then they would be able to hang up their boots forever. She sighed. Joe turned to find her staring at him from the doorway. The pale light from the house illuminating her like a goddess. She was a goddess to him though, and he desperately needed to make things right. Bonnie tossed a playful smile his way. The small motion was all he needed for encouragement. He cleared the space between them in no time. Joe scooped her into his arms pulling her in a giant hug. He lifted her, and Bonnie wrapped her legs around him. He carried her to the bed, kicking the door closed behind him.

“I’m sorry.” Bonnie nuzzled her face against his cheek. His facial hair tickled her cheek in a way that always turned her on. She needed Joe. He was her person, more than anyone else, more than a one night fling with a kidnapper. The thoughts of Cj came slamming into her head. She had to deny all of it. She had to bury those away somewhere. Right now she wanted Joe and only Joe. She wanted to escape to a private island and never see anyone else ever again.

His voice rasped against her ear, and she felt his hot breath as he whispered, “I am sorry too Bee. You are my goddess, I love you more than anything else in this world, I would go to the ends of the earth just to find you. I would do everything one hundred times over if it was the only way to end up with you and only you.”

Hell, this boy knew just what to say to her to melt her cold icy heart. His lips were hard on her as they kissed over every last inch of her body he could reach without putting her down. Joe spun around, diverting from the bed to the nearest wall. He threw her up against it, sliding one hand around her ass to help support the weight, while the other snaked under her shirt to cup and squeeze her breasts. He released his grip but only to tease her nipple, running his finger across it. His mouth still working to deliver kisses up and down her neck, under her ears, then back to Bonnie’s waiting lips. She traced her finger across his lips seductively, teasing him. Joe kissed those too. He caught her by surprise when he sucked one inside his mouth and ran his tongue up her finger before allowing it to slip from his hungry lips 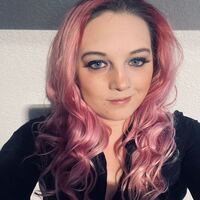