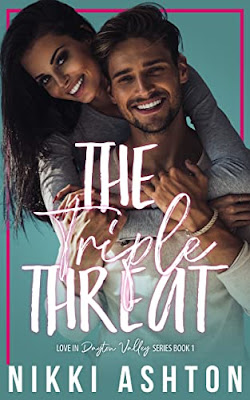 You can have feelings for the girl you’re not supposed to touch, right?

EllieFirst there’s my parents and their penchant for making out in public, totally gross. Then there’s my douche of a brother, who shouldn’t be allowed near any woman with a pulse. Bronte my best friend is lusting over a silver fox … And then of course there’s Hunter Delaney.Hunter. Hunter. Hunter.He’s not officially mine, but that’s not to say I want him to belong to anyone else either. As we work together on a way to stop Bronte’s demented plan to date Hunter’s dad, we get closer, and closer… until the lines of friendship are well and truly blurred.Friends can be lovers, right?HunterI’m a cowboy, I love my job, I adore my two crazy aunts and I idolize my pop, even if he’s getting more action than I am. Life is great, except I have a problem and it’s called Ellie Maples. She’s my best friend’s little sister, but you know that line you’re not supposed to cross…? Yeah, that one. Well, I’m getting pretty close to jumping it.You can have feelings for the girl you’re not supposed to touch, right?Welcome to Dayton Valley… where the men are hard, and the women are horny.

Momma Says: 4 stars⭐⭐⭐⭐
I don't know how I missed Nikki Ashton before now, but this series has her firmly on my radar. I expected a steamy romance/chick-lit type of story, and I got that, but I didn't expect it to be nearly as funny as it is. This first Love in Dayton Valley book had me laughing all the way through. It's maybe a little long for a RomCom, but it's loads of fun - even the angst is funny. Hunter and Ellie are a cute couple. There are lots of fireworks, both verbal and sexual as this pair pushes back and forth. Ellie is maybe a little too stubborn, and some things are over the top, but I was thoroughly invested in this couple. Then we have the town, which is practically a character all its own. It's packed full of quirky characters of all ages, but the over 40 crowd steals the show pretty much every time they hit the page. Ellie's parents and Hunter's aunts are absolute hoots. So, if you need to lighten your mood with a few laughs and you want a story to get lost in for a bit of escapism, The Triple Threat is a good bet. 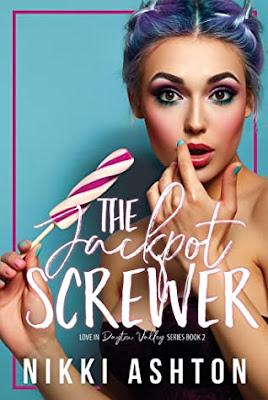 It’s okay to play dirty to get what you want, right?

There are not enough words in the English language to describe how much Carter Maples irritates me. He’s my best friend’s brother and growing up together all we’ve ever done is fight. Want to know a secret though – damn that boy is hot. So hot I only went and did the one thing I thought I’d never, ever do. Yep, I fell in love with the beautiful redhead. How stupid can one girl be? Pretty damn stupid actually, and now we have to deal with the consequences. Trouble is, I may love him but he’s also selfish and immature. I’m not sure he’s ready to grow up, so I’m just going to have to dump his ass.

I’m Dayton Valley’s vet and when I’m not saving animals, I’m loving the crap out of Bronte Jackson – or Lollipop as I like to call her because that girl has skills you wouldn’t believe. We weren’t supposed to end up together, but I guess the stars aligned and…bam! We love each other, pretty fierce, but Houston we have a problem and it’s a pretty big one. Bronte doesn’t think I can deal so has kicked me to the curb, but I’m determined to get her back.

It’s okay to play dirty to get what you want, right?

Momma Says: 4 stars⭐⭐⭐⭐
This second Love in Dayton Valley book gives us a surprise baby for Bronte and Carter. These two butt heads nearly as often as they fall all over each other, and they find themselves in some hilarious situations. I'll admit that I wasn't crazy about Carter at first. I didn't really care for him in the first Dayton Valley book, finding him rude and self-centered. Honestly, he's still rude and somewhat self-centered here, but it turns out that he is redeemable. I guess the best way to sum up my feelings about Carter is that I wouldn't choose him for me, but he and Bronte fit perfectly. She's strong enough that she doesn't let him by with anything, and he works hard to prove himself. The Jackpot Screwer is as funny as I expected after what I found in the first book, and I love that Nikki Ashton uses so many real-life situations for the humor. Those situations may be over the top sometimes, but they're still laugh-out-loud funny. And I've gotta say that I'm totally smitten with this town. It's a great place to visit when you need to laugh. 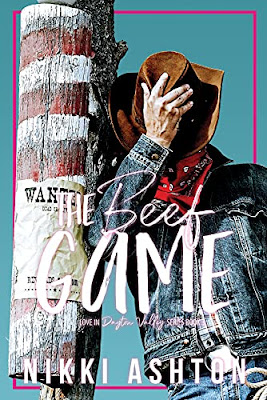 I’m back to live and work in the place I called home as a kid, Dayton Valley. I hadn’t realized how much I’d missed it, or the people. One person in particular—Jefferson Delaney. He was hot at fifteen, but now at forty-eight, damn he’s matured well.

I don’t think my lady parts will ever get over our reunion. Let’s just say we wasted no time in getting to know each other again.

Having sex with your high school boyfriend after thirty years apart isn’t too forward, right?

When I was fifteen there was a girl who rocked my world. She left and I got over it. Now she’s back and boy did she grow up—curves to die for and lips for sin.

As she’s planning my son’s wedding, I know I should keep it professional. Sometimes though, you’ve just gotta go with your gut, and when a woman needs some special kind of attention, it really doesn’t matter how swift the reunion!

Momma Says: 5 stars⭐⭐⭐⭐⭐
I started hoping for Jefferson's book as soon as I met him in the first Love in Dayton Valley romance, and Nikki Ashton doesn't disappoint. To start, just look at that cover! All the covers in this series have been fabulous, but this one is a special kind of hot, especially if you're partial to cowboys. I would've been drawn to this one based on the cover alone, but it doesn't stop there. The sexy that is Jefferson Delaney comes through the pages so loud and clear that I thought more than once how lucky Kitty is. That said, this one was emotional for me. I can relate to Jefferson's circumstances with a loss even more recent than his, so Nikki Ashton's well-timed wit and talent for creating hilarious situations were greatly appreciated. It kept the emotion from being overwhelming. Jefferson and Kitty make a great couple, and they're around my own age, which isn't always easy to find in romance these days. So far, Jefferson and Kitty are my favorite Dayton Valley couple. Of course, we get some time with other quirky characters in this crazy town., which is something I've started to look forward to. The many colorful characters are some of my favorite things about this series. I find myself looking forward to time with Ellie's parents, Bronte's younger brother, Hunter's aunts... the list goes on, but suffice it to say that whether you come for the romance, the town, the steam, or a combination of all of it, you can't go wrong with this series.