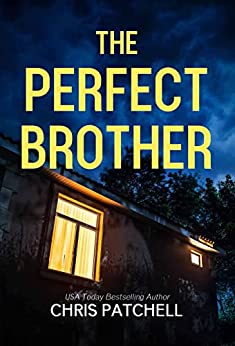 A scandalous liaison. A killer on the loose. Can a young woman save her sibling from going down for murder?
Vancouver, Canada. Software engineer Indira Saraf refuses to march to her traditionalist parents’ old-world drum. Resentful of her brother’s golden-boy acceptance but still a devoted sister, she encourages him to confess his secret affair before he ends up married to a woman he doesn’t want. So she’s horrified when his student and lover is slain and he’s arrested for the gruesome crime.
Repurposing her own AI technology to prove his innocence, the unorthodox rebel scours the dead college girl's life for clues. But when Indira discovers another missing co-ed and the suspects pile up, she learns the hard way that her digging has drawn deadly attention…
Can she hunt down the culprit before she takes a fatal fall?
The Perfect Brother is a chilling standalone suspense thriller. If you like strong heroines, complex family relationships, and dangerous twists, then you’ll adore USA Today bestselling author Chris Patchell’s riveting tale.

Momma Says: 4 stars⭐⭐⭐⭐
The Perfect Brother is a book where the suspense kind of sneaks up on you. In the beginning, it feels more like a drama than a mystery. I'll be honest, had this one been by anyone else, I may have set it aside. Don't get me wrong, it wasn't boring by any means, but I was looking for suspense and was finding drama. However, I've never been disappointed by Chris Patchell, so on I went. And she didn't disappoint this time either. The story may have started as a slow burn, but what the author did here with introducing the characters was a great way to pull me in. By the time things took off, I was totally invested. I may not have liked every character, but I wanted to see how things played out for them. So, this one may have started out a little different than I expected from Patchell, but the mystery, the twists, and the reveal were Chris Patchell all the way. In the end, this is more than just a really good murder mystery. It's about how far you'll go to get and keep what you want, how far you'll go to protect someone important to you, and what you're willing to do for either.