The fates say all three of them belong together, like broken pieces of carnival glass just itching for a bit of glue, and the fates are never wrong, are they? Graham doesn’t think so, but convincing Zane and Cormac of that might take words never covered in his anatomy books.

One season: that’s the longest Zane stays anywhere. When the snow thaws and the pass is clear, he and his band will limp out of town in their battered RV, leaving Graham and his bruised heart behind, unless he can find a way to convince Zane to take a chance on something no one has ever taken the time to explain to him.

Bond marks might be a desire for some wolves, but for Zane, they mean the end of the only family he’s ever known. On stage, he’s not the pup some angry wolf tossed out an open window, he’s Z—wild, charismatic, nymphomaniac lead singer of Howling Rain. His aftershow activities are what put the bond marks on his wrists in the first place, much to the dismay of his bandmates who fear that those other kinds of mates will be the end of the success they’ve found together.

It’s up to Graham to teach them all that compromise and understanding are a big part of the mating process, and that their found families can be expanded to fit a couple more wolves. After all, the attraction is there, and in those soft, cuddly moments where Z fades and Zane emerges, all their little wolf wants is cuddles, warm blankets, and lots of love.

Come check out the music, they said. You’ll love the band. Z always puts on the best shows.

What no one had thought to inform him was that the show was interactive, and that Zane—or at least, Graham was certain the white wolf who’d pulled him up on the stage to dance was Zane—was the definition of sinful. The wolf had gone from belting out lyrics to gyrating with the mic stand, their waist-length white hair damp with sweat, those silver-blue eyes seeming to glow every time the strobe lights flashed silver. When the mic stand got boring, Zane growled into the mic, prompting the crowd to howl back. The energy in the room was electric, crackling like a live wire, revved up even more when the singer leapt, twisting to land in the crowd, where the wolves then surfed them around the room, which was how they’d come to land in front of Graham in the first place.

Androgynous, with high cheekbones, their features soft, like a shimmering sprite, ethereal and enchanting as all get-out, this close he could see the dusting of glitter on their cheekbones, the kohl around their eyes, and the sparkle of purple lip gloss that was smeared from where they’d made out with one of their bandmates earlier in the show. Zane smirked, flicked their tongue out, rolled their shoulders, and wiggled their hips, growling when Graham said to hell with teasing, yanked the singer into his arms, and started to grind against them, making sure they felt the strength in Graham’s embrace. Grinning, Zane wrapped their arms around Graham’s neck, straddled his thigh, and howled, hips rocking like a fuckin’ jackrabbit in heat.

Someone grabbed Zane’s hair, tugging their head back until they were looking at the ceiling. The bold stranger’s midnight eyes held a hint of challenge as he smirked at Graham before howling, the crowd and Zane responding with howls while the guitars in the background raced on. On any other night, Graham would have let go of the singer, conceding to the other wolf so this pack wouldn’t find out their new doctor had a temper and a jealous streak that had gotten him in trouble in the past. Tonight, though, with the way Zane fit in his arms and the wild crackle of energy surrounding them, there was no way he was letting go.

Grabbing midnight-eyes’ wrist, he found the pressure point, squeezing until the other wolf grimaced and released his hold on Zane’s hair. Snarling, Graham glared at him until he threw his hands up and backed away, leaving Graham with the lithe figure dancing in his arms. The look Zane was giving him—wicked, wild, and full of seduction—had Graham’s jeans feeling tight and his heart hammering like he’d just finished a three-mile sprint. Behind them the song wound down, but rather than return to the stage, Zane turned enough to shake their hand across their throat several times, telling the band to cut.

Any other place he’d ever been would have erupted into boos and protests, but here there were good-natured chuckles, lewd comments, and a reminder to come back in three days for another show.

“My place or yours?” Zane hissed, leaning in and licking the shell of Graham’s ear.

“In that case, there’s an RV out back. Band knows better than to load out until it stops rockin’.”

Chuckling, Zane grabbed him by the hand and practically dragged him through the packed bar, downing a drink someone shoved at them and catching a beer pitched in their direction on the way out the door. The ease with which they’d done it, automatically flinging their hand up without ever looking in the direction it was thrown from, told Graham the action was commonplace.

The white-haired wolf had that beer open and sliding down their throat before they got out the back door, where a large, dented gray-and-black RV sat parked beneath a bright streetlight.

“What happened? Play too rough?”

“Is that even a thing?” Zane replied, their speaking voice as musical as their singing one. “I mean, how can one play too rough?”

“Well, from a physician’s standpoint, I’d have to say that if those dents were made by your body, then whoever was helping you put them there might have been just a smidge rough.”

“Really,” Zane asked, opening the door and leading Graham onto the bus, passing a trash receptacle where they deposited the now-empty bottle. “And if that’s what I asked for?”

Snickering, Zane peeled their half-shredded T-shirt off and tossed it aside, leading Graham through to the back of the RV. “Nope, but now that you put it in my head, I’m gonna have to try it sometime.”

Shaking his head, Graham barely resisted the urge to tell them they’d be seeing Graham again if they did, but the sight of moonlight gleaming off the piercings in Zane’s nipples and belly button rendered him mute. It was rare to see a pierced-up shifter because the holes tended to close before a piercing could be switched out. That left most shifters with only two options if they truly wanted to have them—never remove anything but the end pieces, or have the piercing redone each and every time they wanted to change them, an act Graham suspected would get painful after a while.

“See something you like?” Zane asked as they kicked off their boots.

“All that metal you’ve got stuck in your skin.”

“Those are just the teasers, wait until you see the whole show.”

Dropping his T-shirt on a chair, Graham waved his hand in Zane’s direction. “We’ll you’ve got my undivided attention; have at it.”

Winking, Zane stripped out of the black jeans they’d been prancing about the stage in, a dozen buckles up each leg with zips on the front and hips that made it easy for them to shimmy out. Of course, being zipped the way they were also allowed for a skintight fit, and speaking of fit, holy shit, was that lithe form Zane uncovered ripped with just a hint of curves!

The jeans hit the floor, revealing a Prince Albert piercing in an extremely small, hard cock, but what truly blew Graham away was when Zane turned to shove laundry off a bed, only to display a corset piercing up their back, threaded through with purple and silver ribbon.

“Holy fuck me,” Graham muttered, stalking across the small space to run his fingers over them and give a gentle tug to one of the laces.

“Hmm, yeah,” Zane groaned. “Nice, aren’t they? I wanna get both forearms done and the backs of my thighs, though I’ve seen a few folks with just their calves done and that looks amazing. Maybe I’ll do a diagonal slash across the front of both thighs and have the calves done too. You have to admit the effect would be stunning.”

“Is it pain you like, or the look of them?” Graham asked, still running his fingers over those lines of rings, “And if it’s the look, why cover them up on stage?”

“They aren’t always covered. On the nights I perform in miniskirts and crop tops the audience has plenty to see.”

“And the pain part?” 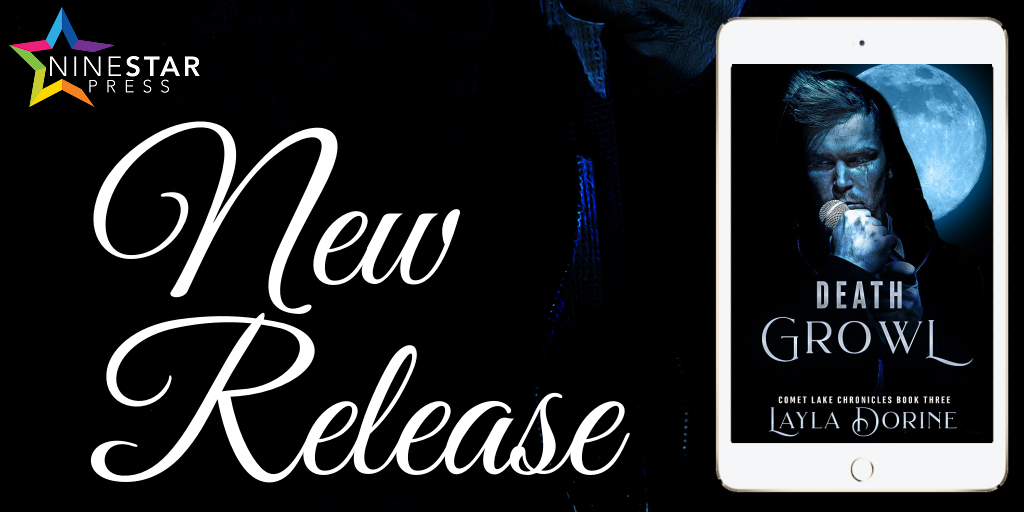