Captain: What's the status of our FTL drive, Mr. Pembrook.

Engineer: Fully operation, Captain.  We passed all checks at dock.

Engineer: It is capable of any routine activity, including an extended Warp 4.

Captain: Helm, prepare for a low orbit jump into Jupiter's atmo so we can sneak up on the Mars colony.

Engineer: Captain, a low orbit jump into a gas giant is inadvisable.

Captain: You just said the drive is fine, Mr. Pembrook.

Engineer: That is not considered routine, Captain.  The impulse and warp drives will not be able to counter the gravity of Jupiter.

Engineer: Captain, the FTL drive takes two full minutes to cycle for a jump.  We will not be able to maintain a safe distance from the pressure that will crush our ship.

The ship was never heard from again.  This is what happens when the ship's captain somehow knows more than the engineer who has been studying every inch of every part of the ship for the past decade and who has an advanced degree in engineering.

The following guide should be studied and memorized by all ship officers.  Places you should not take your ship, Captain:

8. Into the center of an enemy fleet.

4. Into an alternate universe.

2. Through an asteroid field.

1. Onto a planet with hostile aliens.

But... if you didn't take your spaceship to these places, where would the story be?  The excitement, the adrenaline, the mystery!  That's right, you would still be alive.

More importantly, can you name the captains and crews who did the above things (and somehow miraculously survived... that's fiction for you!)?

10. Inside the low atmosphere of gas giant.

7. Toward distress calls from unknown entities.

5. Into an identified trap.

4. Into star dock at warp speed.

3. Into space defended by a race higher on the Kardashev scale.

2. Outside of proper shipping lanes away from any possible help.

If you are interested in joining a spaceship crew (where several of the above locations might be visited), come check out the United Stellar Navy discord, https://discord.gg/KHBQeEU , where we play weekly games of Artemis, Empty Epsilon, and other spaceship bridge simulators. 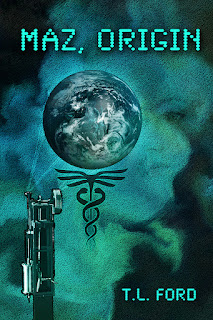 Entering the witness relocation program after lawfully escaping a massive walled-in prison, teenage Merrill tries to fit into our society. Her background and decisions may not let her.

Maz, Origin is a story of growth and love, guilt and innocence, and changing goals. What is morally right and what is legally right? What's legal for humans may not be for aliens...

"Play it again," I said and James did.  I listened.  "They have vocal cords similar to ours, but I'll bet we're missing some of the pitches.  We'll probably sound flat when we speak their language.  Have they sent anything in any of our languages?"

"Maybe they're waiting to see if there's intelligent life on our planet?" I said.

"Not likely," said James, putting his laptop away.  "The transmission came in on our own satellite frequency bands.  It was precise.  They can pick up our own signals."

"Then they know more about us than we do about them," Ron observed.

James nodded.  "If they're hostile, it makes no sense to announce their knowledge."

"Unless they're trying to get inside our defenses," Ron replied.

"You're supposed to make me less paranoid, not more," James said sourly. 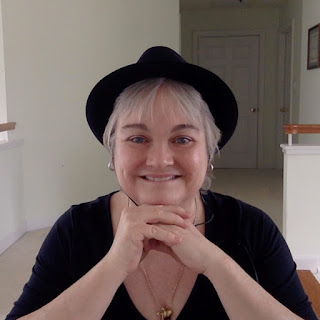 T. L. Ford is a programmer, writer, and artist. She spent most of her professional career supporting the Patuxent River Naval Air Station in southern Maryland.  Her science fiction novels imagine possibilities while focusing on society and personal relationships and decisions.  Her fantasy novels are heavily influenced by Dungeons & Dragons and are light "weekend reads".  She's also created two art books, a thriller novella, and an interactive math iBook.  She enjoys sailing, hiking, and spending time with her family.