The Last Piece of Us New Release Blitz

Title:  The Last Piece of Us 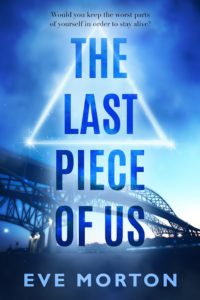 Ethan Cohle is a sarcastic, underemployed transgender man working at a Canadian Duty Free Shop with hopes to one day pay for his last surgery.

Even though his life falls flat in just about every area, when an adventure is presented by a man carrying supernatural creatures in a jar, Ethan only says yes because it’s a bigger and easier pay check.

As things become more and more complicated, Ethan’s life and assumptions about those around him begin to unravel. When Ethan becomes haunted, and his body seems to turn against him, Ethan begins to understand what it’s like to lose a piece of yourself, along with everyone else..

The Last Piece of Us
Eve Morton © 2022
All Rights Reserved

Ethan Cohle was trapped in a dream.

The ocean’s waves lapped over his body and wore away grooves in the sand. He wore the red bathing suit he’d fought with his mother about a week before vacation. Red was for girls. The straps were too skinny. His collarbones—girl collarbones—were too frail on display; he’d wanted to hide them behind a T-shirt. Maybe that was why he’d gone too far into the ocean, until he couldn’t feel the stones with his toes anymore and the water was to his nose. He wanted his sunburn and his freckles to be flaked away like shale by the constant and relentless beating of the waves, so maybe he could turn to sea foam and become something new.

When Ethan tried to pull himself up, he tasted salt. Water surrounded him. The ocean brought his body, limp like a ragdoll, farther and farther out to the ocean. He couldn’t hold his breath anymore. Water filled his lungs. His dead-name, still his birth name at the time, was yelled by his mother on the shore. It was the last thing he heard before he died.

Ethan’s sister Leslie dragged him from the waves to the sand. His red bathing suit tore from the flat black rocks used for skipping and wishes on the shore. His skin flaked off again, red blood mixing with the grainy, bronze sand of North Carolina’s Outer Banks. Their father’s dream house, the one he’d worked too many overtime shifts for, sat on stilts so the waves couldn’t flood the first floor even at high tide. Crabs skittered close by. The rocks eroded. And the waves kept going.

Ethan always woke up before he got the chance to gasp in the dream. Sometimes, when he was still a teenager and living at home, he’d flop right out of his twin bed and onto the hardwood floor each time the dream returned and replayed like a memory he’d witnessed as a spectator, rather than the participant at the centre. Over the years, he’d learned to curb his shock at his own death and rebirth played before him like a film.

Almost two decades later at twenty-nine, when he awoke with a start in his single bedroom apartment in Fort Erie, his only response was to slide a hand over his chest. He felt along his rib cage where the fractures had healed. A week after being resuscitated, Ethan’s purple-black bruises faded to yellow and green like bales of hay on prairie land. One small triangle, a speck of colour on his skin like a birthmark, no more than the size of a quarter, still remained. His permanent bruise was over where his heart was supposed to be.

After his father had performed CPR, the family had gone to the emergency room. Ethan lost the bathing suit his mother had fought so hard for to the ER doctor’s scissors. The bright lights and out-of-date magazines of the hospital never made it into the dream. Neither did the thirteen-hour drive home to Canada, where winter soon started and there was no more talk about bathing suits.

“You died. You died,” his mother muttered when the North Carolina story would be repeated over the years. “You died, but now you’re here. A second chance.”

“What was it like?” Leslie asked. “What did you see when you were dead? A white light?”

Ethan’s parents divorced before the next family vacation. His mother remarried and divorced again. Teenage years bored Ethan half to death. Leslie went off to college and became a nurse so she could save other people. All the while, Ethan changed his name, started to live as a man, and moved away from everyone.

The triangle mark, no more than a fleck on his pale skin, was the only thing that remained constant.

Ethan touched his mark for several extended minutes until his fingertips bruised with memory. His breasts, lumped into atrophied tissue, sat astride the mark, unused and uninteresting. The more he touched his skin, the more he was convinced the ocean was there again.

Instead, his alarm went off. Francesca texted his cell phone. The rush hour traffic hummed outside. From the dark clouds in the sky, Ethan anticipated hail. He touched the mark one last time before he rose from his bed. 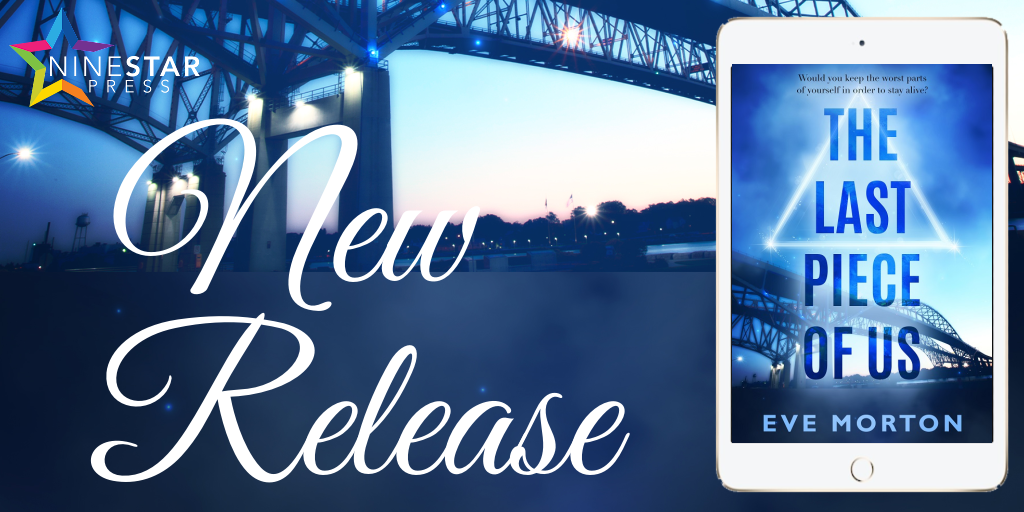 Eve Morton is a writer living in Ontario, Canada. She teaches university and college classes on media studies, academic writing, and genre literature, among other topics. She reads tarot, has a lot of tattoos, and loves all things occult and supernatural in nature. She also loves true crime, especially the forensic side of it, and is often swayed by a really good podcast (even more when it is funny). She continues to do research work on LGBTQ communities, media representation, and film after completing her PhD in 2019. Find more information on Eve's website.