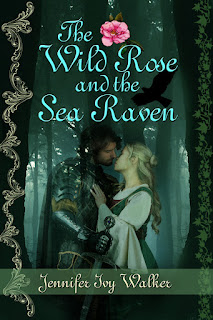 The Wild Rose and the Sea Raven
Book One
Jennifer Ivy Walker
Genre: Fantasy/Medieval Romance
Publisher: The Wild Rose Press
Date of Publication: September 5, 2022
ISBN: 978-1-5092-4568-0 Paperback
ISBN: 978-1-5092-4569-7 Digital
ASIN: B0B8XNMYBS
Number of pages: 377
Word Count: 111,565
Cover Artist: Rae Monet
Tagline: Mirror, mirror on the lake. Reveal the path the queen will take.
Book Description:
In this dark fairy tale adaptation of a medieval French legend, Issylte must flee the wicked queen, finding shelter with a fairy witch who teaches her the verdant magic of the forest.
Fate leads her to the otherworldly realm of the Lady of the Lake and the Elves of Avalon, where she must choose between her life as a healer or fight to save her ravaged kingdom.
Tristan of Lyonesse is a Knight of the Round Table who must overcome the horrors of his past and defend his king or lose everything. When he becomes a warrior of the Tribe of Dana, a gift of Druidic magic might hold the key he seeks.
Haunted and hunted. Entwined by fate. Can their passion and power prevail? 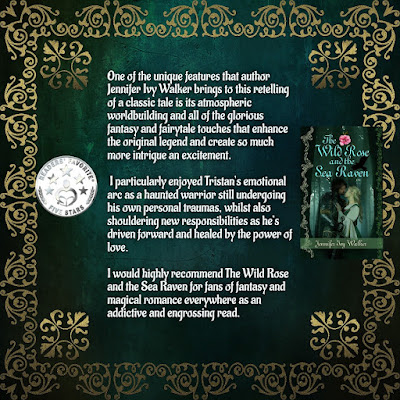 Jennifer Ivy Walker creates a magical fantasy story in The Wild Rose and the Sea Raven. This beautiful fantasy novel captured my full attention from start to finish. Jennifer Ivy Walker infuses espionage, betrayal, love, magic, and danger throughout the story. The transitions were flawless. The end of the story left me yearning to read the sequel. I recommend The Wild Rose and the Sea Raven to readers who enjoy fantasy romances full of magic and strengthened by well-developed characters.
~ Reviewed by Stephanie Chapman for Readers’ Favorite
The Wild Rose and the Sea Raven is a captivating paranormal romance tale. The reader will absolutely become enthralled by this fascinating, exciting, and action-packed story. Walker created three plots that merged together easily. Each plot was intertwined with the others so intricately and seamlessly that the reader will be caught up completely within the pages. As each character is introduced, the author gives a solid enough portrayal to be able to visualize the character as they come to life on the pages of this book. The reader will fall in love with Issylte as she navigates her fate, beginning from her homeland of Ireland to England and then on the island of Avalon.
~ Reviewed by Teresa Syms for Readers' Favorite

Excerpt 1 from “The Wild Rose and the Sea Raven”


He opened the brilliant blue eyes that she’d seen in the vision.

As she gazed into them, the earth tilted. Her heart raced; her bearings were lost. In the depths of his eyes, she glimpsed a fountain in a forest. The turquoise waters of the ocean. An underground well encased by sacred stones. She, the forest fairy, was immersed in the blue waters of the warrior’s eyes, the waves emanating from him flowing through her, cleansing her. Beckoning her.

In Tristan’s eyes, Issylte glimpsed a black bird—a sea raven—soaring over an open sea, hovering now before her. A small dove fluttered in her breast, called forth from her soul. White wings unfurled as she took flight, rising into the azure sky alongside the black seabird—-floating together through the diaphanous clouds scattered across the vast ocean.

In the breadth of an instant, Issylte was bound to this warrior, the Blue Knight of Cornwall, as if fate had indeed entwined them. Through the windows of his eyes, she peered into his soul, her own blending with his, as if they were the forest and the ocean, encircled now within the three layers of protective stones, the holy trinity of sacred elements of the Goddess. 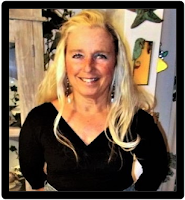 About the Author:
Enthralled with legends of medieval knights and ladies, dark fairy tales and fantasies about Druids, wizards and magic, Jennifer Ivy Walker always dreamed of becoming a writer. She fell in love with French in junior high school, continuing her study of the language throughout college, eventually becoming a high school teacher and college professor of French.
As a high school teacher, she took her students every year to the annual French competition, where they performed a play she had written, "Yseult la Belle et Tristan la Bête"--an imaginative blend of the medieval French legend of "Tristan et Yseult" and the fairy tale "Beauty and the Beast", enhanced with fantasy elements of a Celtic fairy and a wicked witch.
Her debut novel, "The Wild Rose and the Sea Raven"--the first of a trilogy-- is a blend of her love for medieval legends, the romantic French language, and paranormal fantasy. It is a retelling of the medieval French romance of "Tristan et Yseult", interwoven with Arthurian myth, dark fairy tales from the enchanted Forest of Brocéliande, and otherworldly elements such as Avalonian Elves, Druids, forest fairies and magic.
Explore her realm of Medieval French Fantasy. She hopes her novels will enchant you.
Website: https://jenniferivywalker.com/
Blog: https://jenniferivywalker.blogspot.com/
Twitter: https://twitter.com/bohemienneivy
Facebook: https://www.facebook.com/JenniferIvyWalker
Instagram: https://www.instagram.com/jenniferivywalkerauthor/
Amazon: https://www.amazon.com/~/e/B0B91R2MJZ
Goodreads: https://www.goodreads.com/author/show/22671046.Jennifer_Ivy_Walker 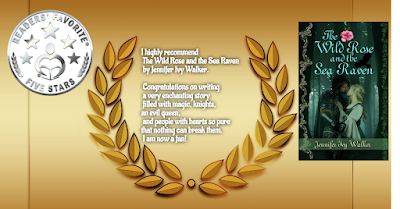 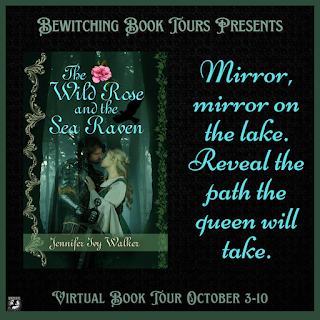