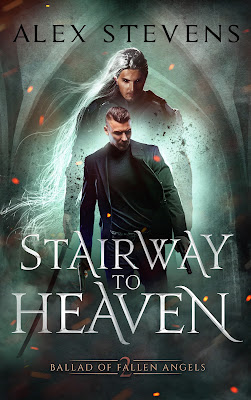 Corporal Jack Graven should be dead. Murdered by a vengeful angel at his own father's funeral, Jack is resurrected and returns to life carrying a terrible secret: he is the Archangel Gabriel reincarnated.

Jack's not the only one with secrets. His older brother, Lieutenant Colonel Tyler Graven "Demon of Kyoto", has just inherited his father's fortune and legacy as Lord of War, with no intention of stopping there: Tyler will someday rule the world.

The brothers reunite their elite military unit, “The Four Horsemen,” with Tyler’s longtime flame Colonel Diana Levitas and the mysterious Lance Corporal Jin Xialong. Together they seek to uncover the truth of Jack’s past life and propel Tyler to his impossible destiny.

Thrust into a supernatural war, the Gravens find salvation through the Black Muramasa, a cursed black katana and the only weapon that can destroy immortals. As they uncover more mysteries behind the ancient blade, they come face to face with the Devil himself, but in the most familiar of faces. Their pasts, presents, and futures all linked, the Four Horsemen must end the war once and for all to survive with their souls intact. Failing could mean the end of the world.

A follow up to the explosive first book in the Ballad of Fallen Angels series, “Sympathy for the Devil,” Book 2 is an action-packed, gun-slinging adventure that packs the punch of a military thriller with high-stakes supernatural intrigue.

Jack Graven is the second adopted son of Lee Graven. Originally from New York City, Jack lost his family during the 9/11 terrorist attack on the twin towers, while Jack was still a child. Jack has no idea how he managed to survive that day, but awoke with Mr. Graven at his bedside. He would later travel with his new father to their home in Las Vegas, where Jack would meet his new older brother Tyler Graven, and the man known to his family as Richard. Richard would be instrumental in Jack’s training as a warrior, preparing Jack in every way in the art of killing. However, Jack would truly learn most of his lessons from Tyler, who takes Jack under his wing at a young age and teaches him how to survive within the Graven family. Jack practices Jeet Kun Do. Jack would somehow adopt a rather stoic personality, never being overly bothered, concerned, or upset by anything. Jack loves rhythm and blues and jazz music, although he will sometimes listen to other genres. For most of his life, Jack lived in the shadow of his older brother. That is until the day Jack became a legend in his own right, by killing The Immortal Priest, an assassin for the church that was believed to be invincible. Jack had planned on leaving the Graven family when Tyler became obsessed with selling narcotics. Instead he is attacked at his father’s funeral and killed. Only to waken again, realizing that he is immortal.

“Make no mistake about it,” I continued. “You and your companions are caught in the middle of a war, a war of immortals. You need me just as much as I need you. As my disciples, the only change is your indebtedness to me. I would in essence be your master, and in return I will continue to offer my advice and protection. As it stands, I would say the two of you are quite indebted to me already.”

“What will we gain from this?” Jack asked. “I’ve never even considered the thought of pledging myself in return for information.”

“You gain an identity for yourself, and Tyler perhaps his soul. It will make sense once I’ve finished, this is for certain. You will also gain intimate knowledge regarding the immortals after your lives, but not without the assurance that I have my followers.”

Jack and Tyler faced each other then, seemingly sharing a silent moment of contemplation.

“I tried walking away once, and it didn’t end well. He knew my name, a name I haven’t shared with anyone here,” Jack stated, turning in his chair to face Tyler. “I’m still alive, so I’d like the truth.”

“Two,” I counted, displaying both fingers in the air. “Very well, then, my disciples. I will reveal everything you wish to know and more. The greatest story ever told.”

“Who are you really?” Jack asked. 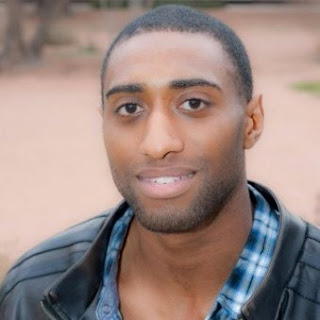 Alex Stevens is a Marine Corps Veteran with two deployments and a graduate of the University of Nevada, Las Vegas Interdisciplinary Studies program, a unique undergraduate degree that caters to students with various interests of study. He is also an advent traveler and philosophy enthusiast who has spent a lifetime studying religions, with a focus on Non-denominational Christianity. Alex spends most of his time going for walks, spending time with loved ones, and when the juices are flowing, writing. Fantasy fiction is his great escape from the mundane and he likes to create fantastical realities that are blended with non-fictional people, places, and events.

A $50 Amazon/BN GC will be provided to a randomly drawn winner via rafflecopter during the tour.