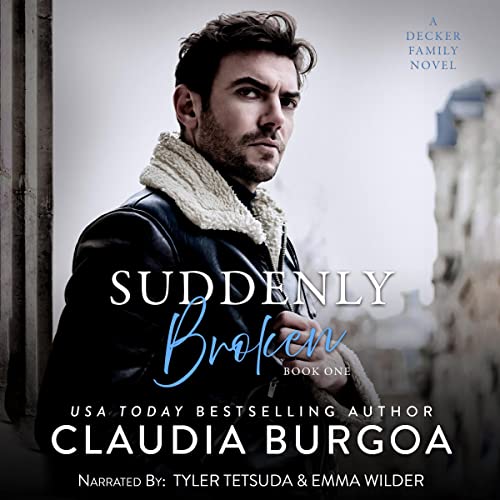 It’s a perk of being the only daughter of Gabe Colt and Chris Decker.

Except, no one knows my fathers are together.

They kept their marriage private along with their children.

They hid us–and their love for each other–for years.

I grew up sheltered from the celebrity world.

But I was exposed to so many lies…

All I’ve ever wanted is a normal life.

Sure, I have my brothers and the handsome, geeky Mason Bradley, but that’s not enough.

Instead of finding it—him–I fell for Porter Kendrick.

I thought he loved me.

He only loved that I worshiped him.

After a loss that rocks my world, I find myself relying on the only friend I’ve ever had.

The first book in the Unexpected Everlasting Duet will invoke tears and heartbreak in a gut-wrenching love story. This book ends on a cliffhanger that’ll change everything…

The Unexpected Everlasting Duet is based on Ainsley Decker and Mason Bradley’s story. Part of this duet was released as Unsurprisingly Complicated.

Momma Says: 5 stars⭐⭐⭐⭐⭐
Suddenly Broken. I don't think Claudia Burgoa could've chosen a better title for this first half of the Unexpected Everlasting Duet. So much of this part of the story is absolutely heartbreaking. Parts of it were also infuriating. And at the same time, there's hope. Granted, this first half of the duet is more about the angst and turmoil in both Mason's and Ainsley's lives, but the hope is there. These two have grown up together and have become each other's person. Through a toxic relationship, family drama, and life in general, Mason and Ainsley are there for each other. I love how Mason steps up for Ainsley and how she relies on him during the most trying time of her life. See? Hope. To sum it up, Claudia brings all the feels and then some with this duet, and that includes some tears along the way. A few times, I went from tears to fury and back again, depending on the circumstances. I know I yelled at these characters a time or two - or three. And when I start that, it's getting plenty serious. That's par for the course with Claudia Burgoa's books, though. She creates stories you can't put down and characters who practically leap off the page. Case in point: pretty much every character in this duet (even if I only wanted them to leap so I could bring the hammer down). This first part does end in a cliffhanger, but thankfully, I had part 2 ready to go, which is exactly what I recommend. Especially if you don't want to let that cliffy sit undisturbed.
That's what I had to say after reading Suddenly Broken. Now, multiply that times ten, and you'll have an idea of how much Tyler Tetsuda and Emma Wilder put into the narration. I've had the pleasure of listening to Emma Wilder before, and I've always enjoyed her narration. This is my first time hearing Tyler Tetsuda, and he just fits how I'd have imagined Mason. I'll be looking forward to hearing more from him. As for Suddenly Broken, I don't think Claudia Burgoa could've chosen better than Wilder and Tetsuda to voice Ainsley and Mason - a couple of great narrators to give voice to a great story.