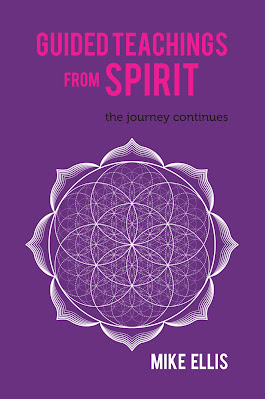 These are a few of the words I had written down the morning after a trusted medium told me to buy a notebook and write down the very first thing that came to me. Okay, but these didn't sound like things I would say. Was it really my spirit guide? I had doubts, and those doubts would stay with me over the next several months as I continued this daily ritual.

Eventually, I accepted the fact that this was spirit communication. This was a guide, and there would be two more to follow in the coming years. This has now become a daily routine after my morning meditation: sitting and writing what comes through me. It is indeed a deep communication with a close friend and confidant.

In the course of all of this, there would be so much more. How I improved and strengthened my mediumship abilities, how the Universe opened to me in so many ways, and how my personal life changed for the better. Do you think this is something you would be interested in trying? If I can do it, so can you. Follow my progress from my initial misgivings to my introduction to a whole new world.

…in my mid-twenties, I was doing some reading on parapsychology subjects. One book I remember was by an author named Lobsang Rampa. There were some incredible declarations, one of which was Out of Body or Astral Travelling. I found this amazing and decided this was something I had to try. I would try to experience this phenomenon by slow breathing and seeing it occur as I lay in bed at night. This went on for quite a while, but nothing happened, and I eventually left it all behind.

Some years later, I worked nights as a part-time bartender near where I lived while going to school for a diploma in Public Administration. (I spent most of my working life in the stock brokerage business but left for a period when the market went soft in the seventies.) One night, I got home late and went to bed, but I couldn’t fall asleep. I was restless all night. As the sun was about to rise, I was not quite asleep and not quite awake. At this moment, I felt a tremendous vibration right around my navel. It was like a whirlpool effect. I could feel myself pulling out of my body. As this was happening, I heard a voice, clear as a bell, say, “Hi, Michael. I am here.” I immediately felt afraid… 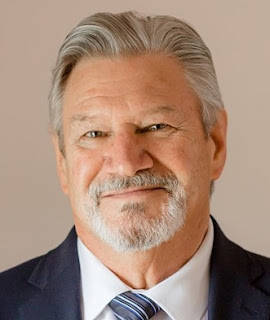 Mike spent more than forty-five years in the stock brokerage business as a floor governor on the Vancouver Stock Exchange, and vice president of trading for a local brokerage house. Things began falling apart for him, including burnout, marriage separation, and financial worries. Mike left the business in 2008 and got a job at a local hospital as a security officer. He had been interested in metaphysical matters at an early age, but life interrupted further studies as his work and marriage took over more of his time. The Universe interceded when everything around him seemed to be falling apart, and his spiritual journey assuredly began.

Another of Mike's passions is painting, predominantly in watercolor and oil. Mike has remarried and considers his life surpassing anything he could have imagined.

This is Mike's second publication following Guided Messages from the Other Side.

Mike Ellis will be awarding a $10 Amazon/BN GC to a randomly drawn winner via rafflecopter during the tour.
a Rafflecopter giveaway
at November 08, 2022