Title:  As Played by Gods 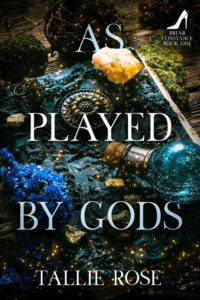 Ever since political playboy, Soren Savros, asked her for help in finding the lost spell book of a Goddess, she’s been hearing the deity’s whispers. Which means she might finally be on the brink of living up to her family name.

Then Briar meets Lillia, who is beautiful, mysterious, and maybe a little dangerous. Briar is immediately intrigued.

But Lillia has a secret, one that frightens the Goddess and leaves Briar questioning everything.

As Played by Gods
Tallie Rose © 2022
All Rights Reserved

The cash register at the front of the shop dinged and Briar groaned. Another customer meant another sale. One more thing to add to the lists of Godsforsaken numbers sitting in front of her. Owning a bookstore was supposed to be fun. That was the lie she had told herself when she’d seen the place for sale and bought it on a whim.

Her financial advisor had vehemently disagreed, but he never had anything good to say. Too many books. Too much makeup. How can an old diary cost so much? The last one had been worth it; she’d pay any price to add to her collection. So what if she hadn’t found any answers in that book either? The history of her magic was out there, somewhere. Waiting.

Her phone vibrated and she snapped the ledger shut. The numbers could wait—and keep waiting—until she called the family accountant.

Just got a haircut. I’m a block away. See you soon.

Briar swiped her finger, dismissing the message. “Ursula, can you get me a coffee from across the street? The books are killing me.”

Ursula’s heart-shaped face appeared in the doorway of her office, her red hair a shock against the brown wood. “Double shot?”

Briar nodded her agreement. “Sorry, I know you’re not a secretary.”

She waved away Briar’s concerns. “My friends think this is the coolest job in the city.” Her heels clicked against the polished floorboards.

So much wood. Briar had hoped it lent an air of formality to the shop when she bought it but now she worried it was stuffy. Her condo barely had any wood at all. It was all modern, bright-white walls, terrazzo floors, and gleaming steel surfaces.

Steel. At least she supported the family.

She reached under her desk, pulled her heels on, and fluffed her blonde curls in the reflection of the photos she kept on her desk. More mascara? No, not to blow someone off.

The door opened and the bells were quickly stifled. The shimmering light of Evaria’s magic was visible above the shelves and Briar’s whole body tensed. Evaria’s black hair was indeed newly cut, and her stilettos made her almost as tall as Briar. A feline smile pulled at her lips as Briar stepped into view. “Darling.”

“You know I have employees. Occasionally even customers.” Briar leaned against the front desk. “The whole storefront is glass.”

Evaria’s smile only grew. “I have a burning desire for a new book.” She crossed the space between them with cultivated grace. Briar had never seen anyone move like her. It was what had drawn her to Evaria at the fundraiser a year ago.

The fundraiser her husband had been throwing.

Briar stepped away from Evaria and back into the rows of books, shielding herself from the view of anyone passing by. “If you’re looking for a book, we recently got several new titles in.” She reached for a thriller.

Evaria’s hand darted out and caught her wrist. Briar froze as Evaria smirked. “Stop it.”

“Evaria…” She’d worn yellow, like she had when they first met. Briar stepped closer, her feet moving against common sense. Evaria dropped her hand from Briar’s arm to her hip. The touch snapped Briar back to reality. “No.” She pulled away. “It’s not right.”

“You can’t be serious.” Evaria’s expression darkened, storms brewing behind her blue eyes. “You knew I was married when you led me into that storage closet.”

Briar rubbed her temples. “So if I make a mistake I’m never allowed to correct it? He’s a senator. The scandal would be enormous.”

Evaria blew out a long breath. “The scandal would be mine. Not yours.”

“That’s bullshit, Eve. My aunt just bought Corsco. It cost a not-so-small fortune. You watch the news. They’d love to plaster both our faces in little boxes. Maybe if you leave him…”

Evaria raised her eyebrows. “Oh, are we getting married? Will I live in your condo and go to clubs with you on the weekend?”

Why had she ever thought Evaria would do the reasonable thing? Briar pressed her palms against her eyes and sighed. “You’re fucking phenomenal, Eve, but…I didn’t think you’d ever call again after that night.” Why did she do this to herself? There were so many people in the world and Briar wanted things—so many things. She was smarter than this, better than affairs and drunken nights she could barely remember.

Evaria’s laugh rang out, echoing off the walls of the shop. “Sorry, Briar. I thought we were having fun,” she scoffed, knocking into Ursula as she left.

Turning, Ursula watched her leave. “She looks familiar.” She handed a cup to Briar.

“She’s Senator Jakobson’s wife. Look, I’ve got an errand to run. Can you handle things for an hour or two?”

Ursula glanced once more toward the door. “Yeah. Avi should be in soon. Take all the time you need.” 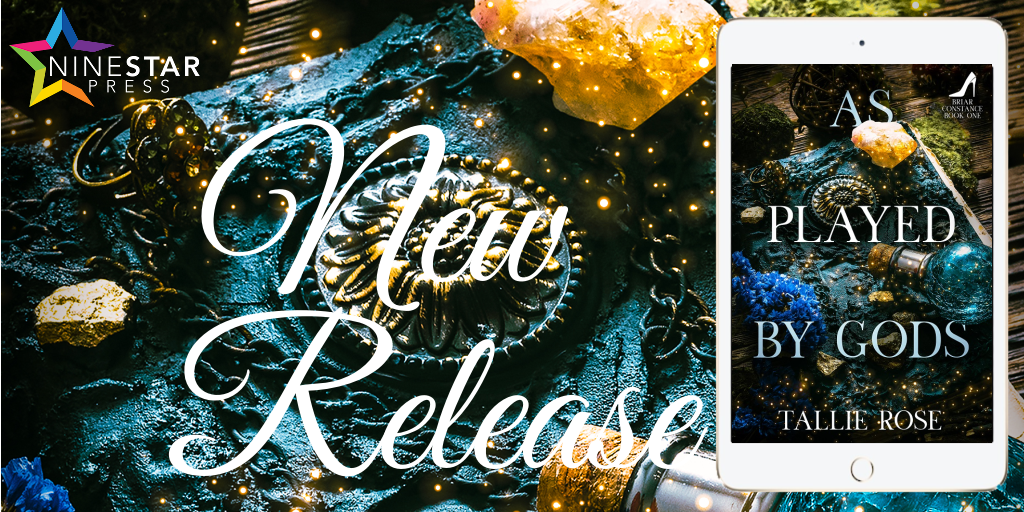