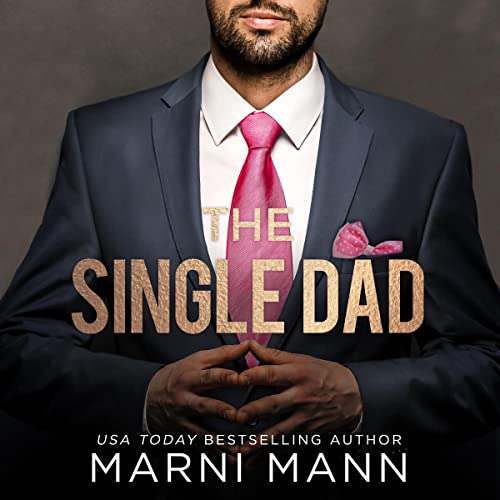 Most college-aged girls go to Europe to experience their sexual awakening. All I had to do was go home.

Ford Dalton isn’t the kind of man I’d look at twice—because I can’t stop looking at him at all. We can’t take our hands off each other in the bar. Back at his house, it’s our lips. And in his bed? There isn’t a single part of us that’s not on fire. One night would never be long enough for Ford to show me every delicious thing he can do to my body.

Momma Says: 3 stars⭐⭐⭐
Obviously, The Single Dad is just that, a single-dad romance. It's also a single dad and the nanny romance with a little bit of age gap - only 8 years difference. Besides the romantic couple and, of course, the child, there are a fair number of characters in this one. That said, I think it can easily be read, or listened to, as a standalone. The narration is done by Summer Morton and Tor Thom, and they do a great job of keeping each character distinct, including a precocious four-year-old. To the best of my recollection, this is my first time listening to either of these narrators and now that I've heard their work, I won't hesitate to listen to them again.
The story is very low angst. In fact, I felt like it was a little too low angst at times, especially for such a lengthy book. Total listening time was about 9+ hours. Granted, a good portion of that is Ford and Sydney generating steam - lots and lots of steam, but it still seemed lengthy to me. I do have to give a big high five to Marni Mann for not taking the easy way out in creating some angst. I was sure of a couple of things that would cause a rift between Ford and Sydney, but Mann didn't go there either time. There is what I would call a plot twist toward the end, and I really didn't see the reasoning for it. It didn't really add anything to the story, in my opinion.
I did like the characters. Ford is about as swoon-worthy as it gets, and Sydney has a good head on her shoulders. There are times when she seems to have it more together than Ford despite her being the younger of the two. As likable as they may be, the real showstopper here is Everly. That child is an absolute hoot, and I found myself smiling pretty much every time she appeared.
So, what it comes down to is a very low (almost no) angst romance with engaging characters and more steam than you can shake a stick at. I think the audio is the way to go with this one, especially with narrators like Morton and Thom. The Dalton Brothers have turned out to be a fun bunch, and this series is great for a relaxing bit of escapism.