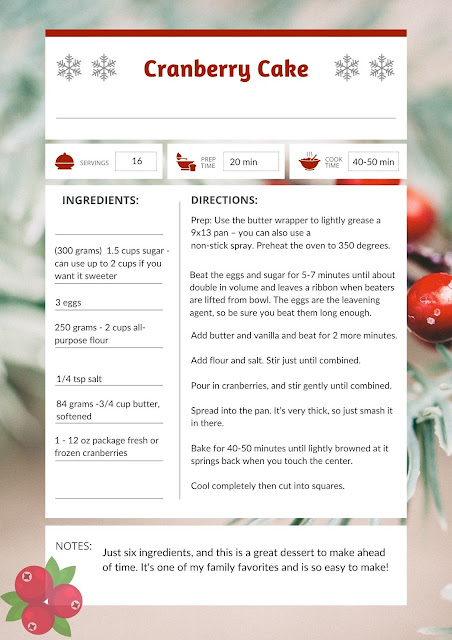 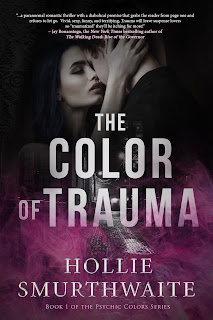 The Color of Trauma
The Psychic Colors Series
Book One
Hollie Smurthwaite
Genre:  Paranormal Romantic Suspense, PNR
Publisher: Hollie Smurthwaite
Date of Publication:  August 30, 2021
ISBN:978-1737118916
ASIN: B09B2QWV52
Number of pages:  358
Word Count: 95,000 words
Cover Artist: Sarah Hansen at Okay Creations
Book Description:
Experiencing another's past could end her future . . .
Kiera Brayleigh is a memory surgeon. In the ten years since her “gift” manifested, she’s helped dozens of women deal with trauma by removing their horrific memories—burns, rapes, tortures.  It pays well, but she holds those moments, making her a fiery mess. The bizarre request from a Chicago homicide detective is the last thing she needs.
Detective Dean Matthson is burdened with an uncanny ability to get inside the minds of criminals. In a dead-end hunt to capture a serial killer, he risks his hard-earned reputation by doing the unthinkable: recruiting a memory surgeon to probe the mind of a comatose victim.
Kiera might appreciate the cop’s dimples and his commitment to the job, but only an idiot would agree to experience a rape-murder victim’s last memories. Kiera, it turns out, is that idiot. Dean’s dedication and calming presence challenge Kiera’s distrustful nature, and she finds herself falling for Dean even as he struggles with his own demons.
Can two broken people find love?
When the killer discovers Kiera’s on the case, he realizes she is exactly what he needs to relive his kills. Dean and the killer both close in on their targets, and it becomes a race to catch the monster before he catches Kiera.
The Color of Trauma is a thought-provoking paranormal romantic suspense novel with an unconventional heroine, dark themes, and psychological drama.
Amazon      Kobo      BN      Indiebound

“I’m not sure how much Ms. Morten has shared with you, but—”

Kiera lifted a finger; thankfully, her index. “Dr. Patty told us you had questions about memory reading as it might apply to one of your cases. Read memories aren’t admissible in court. You’re wasting your time.”

“I don’t need evidence like that,” Dean said, deciding not to point out that Patty hadn’t graduated yet and wasn’t, technically, a doctor.

“Whew,” the blond he didn’t recognize said. “It’s one of the frustrating things about what we do.” The memory surgeons all winced when she spoke, though the blond didn’t appear to notice.

“Do you mind telling me what’s your specialty?”

“Bitching and complaining,” Kiera replied in a tight voice.

Amy’s lips compressed, but she didn’t say anything. Was Kiera the group’s bully? Was that how she controlled the narrative? Everyone looked to her, even Patty.

Kiera sighed. “Dr. Schwartz is the expert in the field. Look into his research. Gilfoile and Roberts are hacks, and the rest don’t know shit but still want to capitalize on the memory-surgeon thing.”

He wrote down “Schwartz” in his notebook, surprised at her generosity. “Thank you.”

She stared at him with those blue eyes that didn’t blink enough. “That all?”

“Yeah, I figured.” She shook her head. “They don’t fully understand how memory works, so it’s going to be a while before they figure out how we’re able to access people’s memories and how they can be removed and kept in someone else’s mind. We can’t help you with the science stuff.”

“I’m more interested in how it works from a practical standpoint.” He directed his questions at everyone else, but the only one looking directly at him was Kiera. Fine. If he won her over, the others would follow. “I’m trying to ascertain what you can and can’t do.”

No time to finesse. With his attention still on Kiera, he handed Brittany Kolchek’s picture to Ramon and asked him to look and pass it on.

“I’ve never seen her before,” Ramon said. “Is she missing?”

Dean waited until everyone had viewed the photo, because he didn’t want to give them the opportunity to refuse.

Beth looked last, and she studied Brittany for several seconds. “She seems nice.” Then she walked the photo back to him.

“Her name is Brittany Kolchek,” he said. “She’s in a coma.” As a group, they cringed, even Kiera. Good—they cared. “The doctors say she won’t wake.”

“You don’t want information. You want one of us to jump into her memories,” Kiera said, her face as hard as her voice.

“We believe she’s the third victim of a serial killer targeting young women. All three scenes have little physical evidence. This might be our only chance to catch a break.” When nobody spoke or moved, he added, “He’ll kill again.” 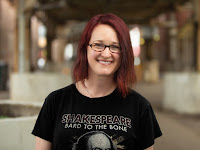 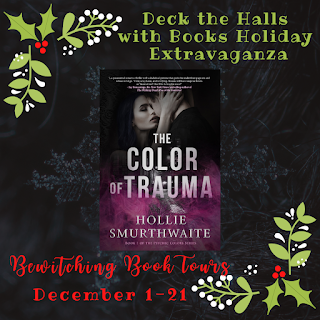 a Rafflecopter giveaway
at December 02, 2022