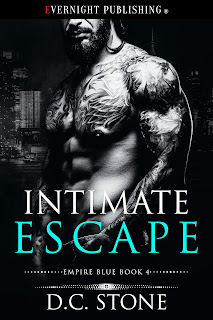 Intimate Escape
Empire Blue Series
Book Four
DC Stone
Genre: Romantic Suspense
Publisher: Evernight Publishing
Date of Publication: 11/29/22
ASIN: B0BLL64YJS
Number of pages: 250
Word Count: 76,000
Cover Artist: Evernight Publishing
Book Description:
Juliette Scaglione doesn't think her world can get any worse. Recently dumped by her longtime boyfriend while on a vacation she paid for, she returned home only to find the Drug Enforcement Agency (DEA) on her heels.
DEA Agent Matt Gonzalez is sent on a task to uncover a mule at the airport, one he discovers is a feisty and beautiful woman whom he can't take his eyes off of.
Problem is, things get out of control for both fairly quickly as they are kidnapped by the cartel and taken to a prison in Mexico. The two have to learn how to rely on one another to escape the clutches of this violent operation. Through their journey across a country far from home, both of them recognize fighting their attraction may not be the only challenge they have to face.
Amazon      BN

“What do you expect to find in my bags?” she asked.

Agent Gonzalez stared at her, and rather than answer what she thought was a pretty logical question, he threw another softball. “I’ll ask you one more time. Do you give your consent to allow us to search your bags? I’m warning you now that I have a federal judge on standby in the event you say no, so one way or another, I will search these bags today. It’s just a matter of whether this will go quickly or take a few hours. Up to you.”

Her heart pounded against the inside of her chest, wanting to run away. She felt much the same way. Not that she thought he’d find anything. It was the absolute certainty she saw on his face that said he knew he’d find something.

“What’s going on?” she asked, hating the meek sound in her voice.

“Yes! Yes, you can search my bags, my—my body, but you won’t find anything in, or rather, on them.”

“After you find nothing, I expect an explanation for what’s going on.” There, that sounded firm. Not shaky, like what her insides were doing.

Agent Watson relieved her of her backpack and purse but placed them on the table and didn’t go through them. Instead, he kept his attention on what Agent Gonzalez was doing, though she knew without a doubt she had his full attention too.

Gonzalez removed her clothing in a systematic fashion, placing items one at a time on the table next to the suitcase. Out came her dirty clothes, which lay on top, jeans, dresses, and her underwear. Her cheeks heated as he continued, his movements slow and thorough.

He got to the bottom, having removed everything from within. Her things were scattered across the table like some bizarre game of Clue.

Agent Watson didn’t move, but Gonzalez sure did. He reached inside her suitcase and felt around the corners, then yanked. The sound of fabric tore.

“Hey! What are you doing?” He tossed the fabric aside, and black plastic square packages were stacked inside in a neat and orderly fashion. Had to be about a dozen of them, at least five to six inches in width.

Shock rooted her to the spot for a few moments. “Wait. What is that?” she asked and took a step forward.

Watson held up a hand in front of her. “Ma’am, please stay back.”

“What is that?” she asked him again, hearing the rising hysteria in her voice.

Gonzalez pulled out one package and produced a pocketknife from somewhere, then cut into the wrapping. Everything around her moved in slow motion until she swore the world had ceased to spin. Her attention stayed riveted to the white powder that came out on the shiny blade.

“Gonna need a test kit,” he said to Watson. The other agent immediately set the bags beside the table, at the farthest reach from her, and left the room.

“Agent Gonzalez,” she said, sounding like she pleaded, because she did. She’d never seen that stuff before in her life. “That’s not mine. What’s going on?”

He pulled out twelve packages, and yes, she counted every single one, before grabbing another black trash bag that someone had taped to the inside of her luggage frame. Once he opened that, several brown baggies came tumbling out. She gasped.

No wonder her bag had been so heavy.

Only then, after the whole horrid nightmare was laid out on the table, all the ugliness next to her things, her clothes, and her bag of toiletries, did he look up at her. “Ms. Scaglione,” he said, reverting to formalities, “the intel we received was there would be someone on your plane, matching your description and carrying a suitcase with over ten kilos of cocaine and about a hundred baggies of heroin. Although I haven’t tested it yet, I can tell you I’d bet my next paycheck that’s what is right here.”

“But it’s not mine.” Dryness coated the inside of her mouth, as if cotton balls had been shoved inside and sucked up all the moisture.

“Are those your clothes?” he asked.

“This your bag?” She nodded, getting where he headed. “Yes, but those drugs are not mine!”

“Of course, they aren’t.” But he said the words as if he didn’t believe her.

He slammed his hands on the table and leaned toward her. 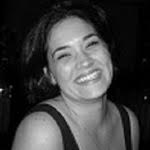 About the Author:
D.C. “Desi” Stone is a best-selling romance author and full-time fraud investigator. She lives in the northeast with her incredibly supporting husband, two kids, a cat, and the ever-growing family of dogs.
After serving eight years of service with the United States Air Force, she went on to transition into the world of financial crimes and became a lead investigator for many years.
Reading has always been a passion of hers, getting lost in a good, steamy romance is one of her favorite past times. She soon after discovered her own love for writing and recreating stories and characters in her head. Her writing concentrates on romantic with specifics in paranormal, suspense, and erotica.
Now, when she isn’t trying to solve a new puzzle in the world of fraud, she is engulfed with coffee, her laptop, and all those crazy characters in her head. She is a member of the Romance Writers of America, Hudson Valley Romance Writers, New Jersey Romance Writers, RomVets, RWA Kiss of Death, and the Liberty State Fiction Writers. She served as the 2014 NJRW Vice President and Conference Chair. Come stop by on Facebook, Twitter, or her website and say hello!
Website: www.authordcstone.com
Twitter: http://twitter.com/DCStoneauthor
Instagram: https://www.instagram.com/dcstoneauthor/
Facebook Page: http://www.facebook.com/authorDCStone
Facebook Profile: http://www.facebook.com/dc.stone.92 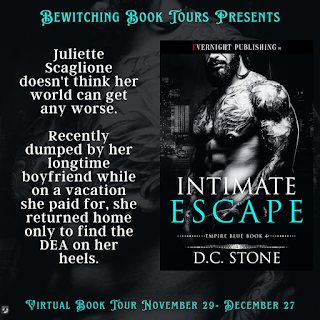 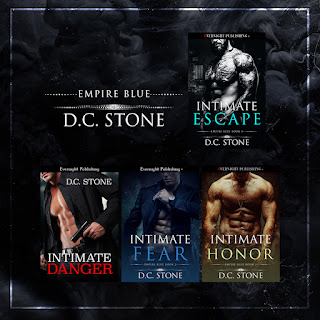 a Rafflecopter giveaway
at December 01, 2022