The Genesis mission promised a new start on Kepler-186f. A new start for Captain Nikkole Johnson, and a new start for humanity.
An elite soldier recruited to protect settlers on the new world, Johnson wakes from cryosleep to find that the mission went sideways thousands of years ago.
Most of the original crew has vanished. Those who remain know no more than she. Strange voices whisper in the trees and on the winds. Monsters attack in the night to carry off the survivors. To save what’s left of the mission, Johnson must discover what happened in the first place.
Before the ghosts of the past erase any chance of a future.

Chapter One
I was first aware of sound. Not an individual sound, but the faint hum of nothing in particular. And then light registered, dim and somewhere behind closed lids.

Slowly, very slowly, the sounds became distinct and morphed into something recognizable.

The rustle of the wind, like pages moving far away.

My mind felt foggy, as if waking from a deep sleep. I registered the sounds but couldn’t place them. They puzzled me, but vaguely. I couldn’t focus enough for anything more than vague confusion.

Feeling flowed back. My extremities were chilled through. My head throbbed, and fire seemed to course through my veins. I felt a slab of some sort underneath my prone form. A cold slab. Was it stone? Maybe. I couldn’t be sure.

And before I knew it, the world went dark again.

I started back to semiconsciousness as an icy droplet splattered against my face. Sucking in a great gasp of air didn’t quench the burning in my lungs. My eyes opened to an unfamiliar scene, and I drew in breath after shaking breath as I tried to remember what was going on. But my brain was sluggish and my memory slower yet.

So I concentrated on what I could see. I was outside, it seemed, staring into a starless burgundy sky. Rain was falling, the dripping sound heavier than I remembered. But, aside from the occasional splash, I wasn’t wet.

I wasn’t outside after all. Where am I? I squinted at the sky, trying to clear my vision. It was dark, not so much that I couldn’t see, but dark all the same. Still, I could make out the explosion of raindrops above me as the forces of gravity propelled each watery projectile into an invisible barrier.

Glass. There’s glass overhead. I was in a building. That was something, at least. How I had gotten here was another story. My memories weren’t clear. I seemed to have an inkling of what had happened last, but it was elusive, slipping out of reach every time I came near to seizing it.

I had to get my bearings. I knew that much. I tried to sit up. For a moment, it seemed as if my body wouldn’t cooperate. It wasn’t weakness, exactly, but the same sort of haze that clouded my brain…then, with a sweeping sense of vertigo, the muscles in my arms and torso gave in, and I was upright.

Only after the nausea had abated did I notice the medical apparatus. Various tubes ran to and from me. A flash of panic swept me. What is this? What happened to me?

But instinct took over and buried the fear. I was an Army Ranger. I didn’t panic.

That realization still didn’t explain the equipment or the room. It seemed to be some sort of hospital, though it was difficult to see much through the dimness of a late dusk. But I could make out a little by the glow of a dial here and a screen there. And the sounds of beeping and whirring supplemented my visual perceptions.

The angle puzzled me—it seemed as if all the room were leaning on its side, and I, alone, and the cold metal bed upon which I sat, remained level with the earth.

My presence here confused me further. Had I taken an injury? How? Where?

No. That couldn’t be. The war was over. I had survived, been decorated, and reassigned.

Reassigned. That was it, wasn’t it? The mission, this is all part of the mission. I frowned, trying to remember what mission. But my head wouldn’t cooperate.

It was as though I had cobwebs on my brain. I could almost feel them. And the air felt so thin, so very thin. I seemed starved for oxygen.

No wonder I’m having such a hard time remembering. I needed to get up, get out of this room, get away from…whatever this was.

I pulled at the tubing, wincing as each piece of the apparatus broke loose, then dangled my legs over the side of the bed and promptly tumbled into a heap.

Some while later, I woke up for a third time, shivering violently. All had gone dark, save the green and blue displays of machinery around me. I was soaked to the bone. The occasional splattering I’d observed earlier I now recognized to be rain coming through a broken window. And I’d collapsed directly beneath the breach in a wet pile of stone and glass.

In this last bout of unconsciousness, the numbing effects of my long sleep had worn off. I remembered the mission, the room, and why I was here. And so, I knew where here was.

Not a hospital. Not a ward or a clinic. I’d woken in a cryochamber onboard the USS-Genesis II. I’d gone to sleep in this chamber on June 2nd, 2093. The fact that I was awake now, with icy sheets of rain pouring down my back, meant the mission had been a success. I was home. 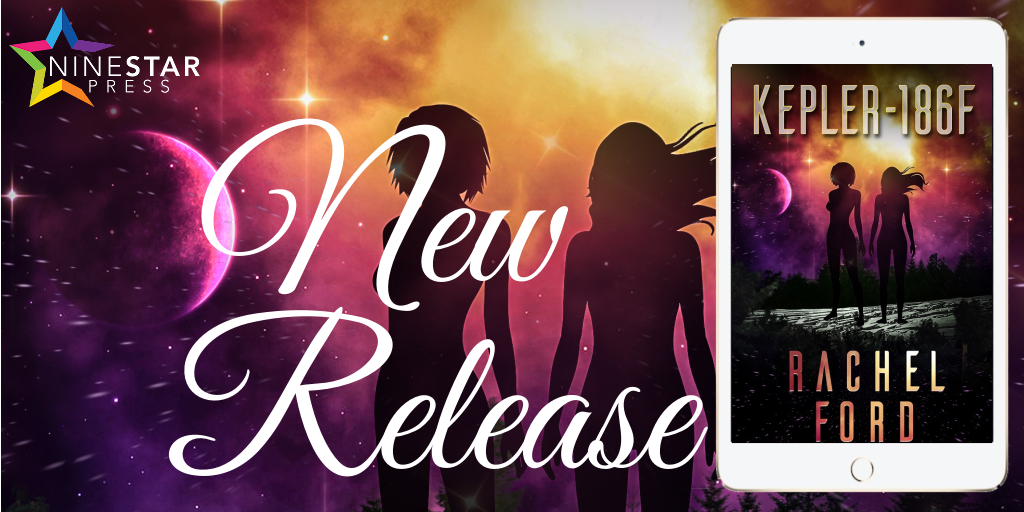 Award-winning author Rachel Ford is a software engineer by day, and a writer most of the rest of the time. She is a Trekkie, a video gamer, and a dog parent, owned by a Great Pyrenees named Elim Garak and a mutt of many kinds named Fox (for the inspired reason that he looks like a fox).