Mine to Protect Blitz 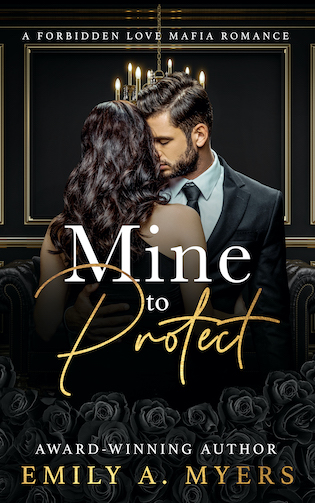 Alister Amato is rich, powerful, and feared by all who know the truth. He’s the Blood King, a mafia boss with a lust for blood and an infinite reach. Everything in me screams I should stay away. But when my Organized Crime Task Force is called to investigate the slaughter of a rival criminal syndicate, I know that isn’t an option. The way the men were killed is something I’ve only seen once before—eighteen years ago when my mother was murdered and I was orphaned. I don’t know how my mother wound up in the clutches of the mafia. But, after all this time, I will stop at nothing to discover the truth. Even if it means aligning myself with the dangerous, mysterious, and undeniably handsome, Blood King.

They call me King, but I am nothing but a prisoner. The world of darkness I belong to has stolen everything from me—my mother, my sister, my happiness, my freedom. Most of all, it has stolen my ability to love. If it weren’t for my sister, Sophia, I would walk away from the throne I never wanted and let New Orleans burn. But even that would not set me free. My name and my blood have placed a target on my back and cursed anyone who stands beside me to the same fate. Which is why when FBI agent Ariana Valentine weasels her way into my life and heart, I do everything I can not to fall for her. My love is a death sentence. And, after everything this world has taken from me, I won’t let it take her too. Even if it means I have to walk away from the only woman I’ve ever allowed myself to love.

With each passing year, my family loses a member. My mother was killed when I was sixteen during a botched hit meant to take out my entire family. My father died last year, nearly twenty years after my mother. Unlike the bullet that took her from, cancer was his poison. And my sister Cara, she was taken in the night from her dorm room shortly after my father died and I came to power. The rest you already know. Except, perhaps, one thing, the most important thing. Why?

Why would someone put a hit on my family? Why would my eighteen-year-old sister be ripped from her bed, sold into sex slavery, and killed? It’s because of our blood. We are the Amatos, the gatekeepers of the criminal underworld stretching from the Texas border all the way to the Florida Keys. For the innocent, we are the only thing standing between them and full on anarchy. Though, they wouldn’t know it. For those privy to this world of darkness to which I unfortunately belong, we are royalty. And like the kings and queens of the past, we are flush with wealth and connections carefully attained by our ancestors and modern-day business deals that help keep our illegal drug trade secret. Our wealth and reputations accompanied by our unique network of connections in Mexico, the Caribbean, Chicago, and New York City make us targets of those looking to make a name for themselves among the world’s most dangerous and vile. But what was once a powerful and untouchable dynasty is now only a brother and sister desperately trying to survive. 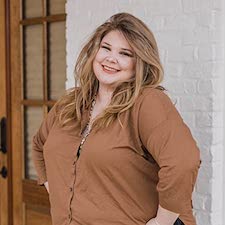 Emily followed up her stellar debut with a sequel, completing the Unspeakable duet, and has now branched into Mafia Romance with her latest release, Mine to Protect.

When not writing, Emily enjoys traveling, devouring the latest Netflix series, and scouring the shelves of Sephora.