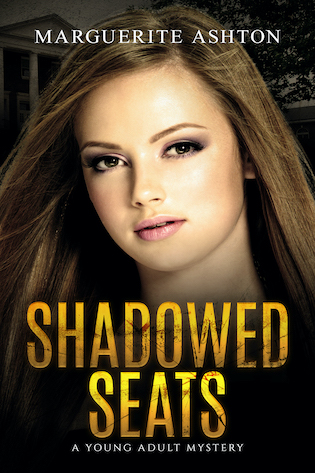 Oliana knows that every family has a secret, but she never expected hers to come from the grave.

High school senior Oliana Mercer dreams of attending the prestigious Reyersen Drama Academy and pursuing her acting career. But when tragedy strikes, Oliana discovers secrets hidden from her by her adopted parents, dimming the lights on her perfect world. As the sins of the past surface, Oliana finds herself caught up in a tug-of-war between two families while the love for her boyfriend is tested. Determined to find some form of happiness in life, Oliana becomes student director in the high school’s senior play. When her best friend, Devin Worthy, dies during dress rehearsal, Oliana is re-cast as the lead. Everyone thinks the death was a suicide, except Oliana, whose search for clues may be enough motive for the killer to murder again.

“Numbness held me in place as I closed the notebook and tucked it inside the wig. What did this mean? Is the Oliana mentioned in the notebook me? It had to be. But what was this about being set free? My bio parents died in a car accident.

For a second, I felt like I was standing next to a furnace, smoldering in its waves of heat. I hurried out of the attic and stood outside, trying to catch my breath.

Rain pelted my face as I glanced up at my parents’ window on the second floor, then at the driveway where Mom’s minivan and Dad’s pickup were parked. Inside the house, the lights were on in the kitchen. Probably doing what they always do together, cooking dinner.

Grief hollowed my insides. Now was not the time to confront them about what I found. Besides what was I going to do? Tell Mom, I was snooping and found something that freaked me out? The problem was I wanted to go in there and disturb their happiness, so I could get answers about what I’d read. Answers about the handwritten note to Mom by the woman I believed was my birth mother.” 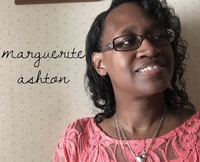 When Marguerite Ashton was in her twenties, she took up acting but realized she preferred to work behind the camera, writing crime fiction. A few years later, she married an IT Geek and settled down with her role as wife, mom, and writer!

Her blog, Criminal Lines: Settled Writer Past 40 is her outlet while building dollhouses and plotting out her next book.