Servant of the Gods Tour and Giveaway 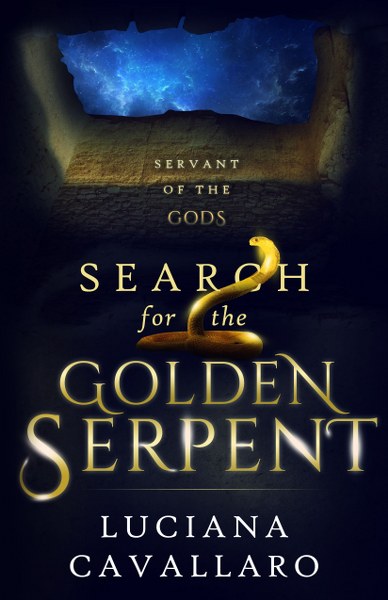 Search For the Golden Serpent

Servant of the Gods Book 1

A true page-turner, in a similar vein to Wilbur Smith and David Gemmell, is an action-packed adventure story catapulting a reluctant hero from one dangerous encounter to another.

Evan has been having some very strange dreams.

The Perth-based architect dismissed an unexpected phone call from an entrepreneur in Greece, asking him to restore his family home, as the ravings of a crank. Until, that is, the dreams begin, each more vivid than the last. A dream encounter with a mysterious character called Zeus sees him catapulted back in time to 500 years before the birth of Christ.

Evan finds himself quickly embroiled in a plot to prevent the birth of Christianity, an unwilling player in an epic struggle between the old gods and the new, fighting for his life. 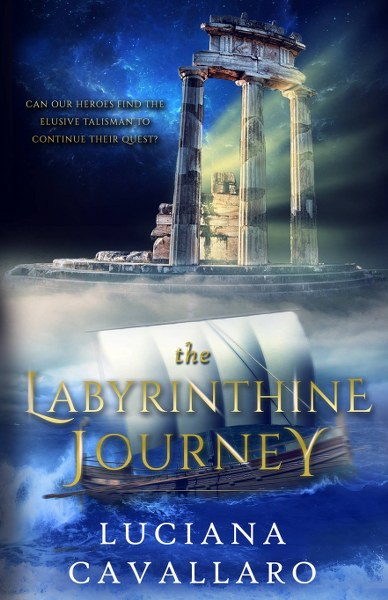 Servant of the Gods Book 2

A mysterious message. A mission from the gods. Can he turn back the clock to prevent his family’s extinction?

Evan’s new life is in ancient Greece, and he fears he’ll never see his home again. Ripped from his 21st century world, his only way to return to the present is to collect god-saving sacred relics for his father Zeus. But to locate them means braving perilous seas and staring down death in search of a legendary oracle.

During their voyage, Evan and his companions come face-to-face with mythical creatures, fabled warriors, and treacherous sorcery. But despite the dangers all around them, Evan’s deadliest threat may be bound to him by blood…

Can Evan complete his quest before he and the gods are lost to history?

The Labyrinthine Journey is the second book in the fast-paced Servant of the Gods historical fiction series. If you like well-researched landscapes, suspenseful twists and turns, and mythic battles, then you’ll love Luciana Cavallaro’s heroic odyssey.

Buy The Labyrinthine Journey to sail into a Greek legend today! 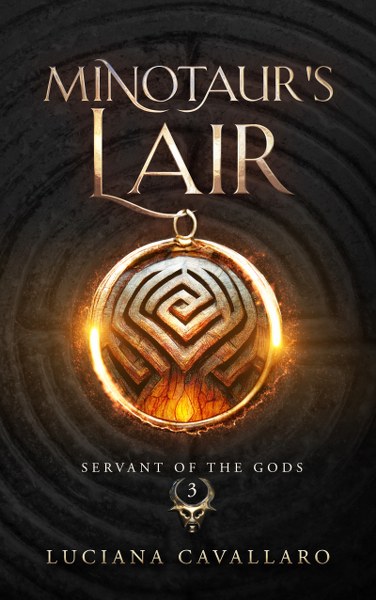 Servant of the Gods Book 3

The Minotaur stirs. Evan is drugged to forget the gods' quest.

Evan and his companions are entrapped by the Amazon Queen Antioche and her warriors. Memories and allegiances are tested. The Dark Master's victorious revenge over the gods is almost complete. The plight of the High Priestess is precarious, her health ailing, and unable to rescue her brother and fellow Atlanteans.

The last sacred relic, secreted in the lair of the Minotaur, must be recovered or the Dark Master's succession plans of a new god are complete. The mystical lands of Krete, the final stage of Evan's journey, are within his grasp. He must succeed so his father, Zeus, fulfills his promise. Then there is Queen Antioche, and the precious gifts she presents him.
Will Evan return home, and what will become of his future? 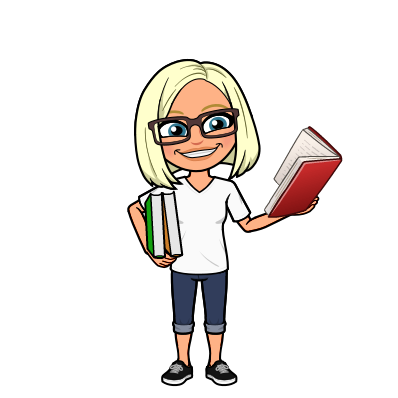 Luciana Cavallaro’s alter ego is a high school teacher where she plugs away educating teenagers the merits of reading and ancient history. She often looks for a brick wall to bang her head when faced with disinterested looks from her students. She’s also a historical fantasy and thriller/suspense author, who creates fast-paced, action-packed series for her readers.

Born and raised in Western Australia, residing in Perth, Luciana loves to travel and since getting her passport at the ripe old age of twenty-four has toured parts of Europe, a legacy of her Italian heritage. She enjoys being active, going out with friends, reading and tries to grow her own vegetables. She dreams of travelling again and visiting the ancient sites that inspired her stories, that is when she’s not spending time being an unofficial stunt person and knocking herself out in the process. Visit her website at https://luccav.me/

The author is currently offering a giveaway of a signed ARC and bookmark plus deleted scene in exchange for screenshot of a receipt for pre-ordering a copy of The Minotaur's Lair!

More details in the following video: