The Awkward Squad
by Sophie Hénaff 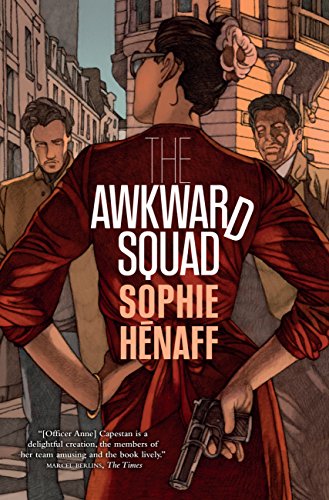 Suspended from her job as a promising police officer for firing "one bullet too many", Anne Capestan is expecting the worst when she is summoned to H.Q. to learn her fate. Instead, she is surprised to be told that she is to head up a new police squad, working on solving old cold cases.Though relived to still have a job, Capestan is not overjoyed by the prospect of her new role. Even less so when she meets her new team: a crowd of misfits, troublemakers and problem cases, none of whom are fit for purpose and yet none of whom can be fired.But from this inauspicious start, investigating the cold cases throws up a number a number of strange mysteries for Capestan and her team: was the old lady murdered seven years ago really just the victim of a botched robbery? Who was behind the dead sailor discovered in the Seine with three gunshot wounds? And why does there seem to be a curious link with a ferry that was shipwrecked off the Florida coast many years previously?

A police procedural where the police don't exactly follow procedure. The Awkward Squad is formed to keep a group of misfits out of sight and out of mind, but these misfits certainly don't stay there. This crime mystery is well-written and fast-paced from beginning to end. So often, books in this genre tend to lag a bit in the middle, but that is not the case here. Each character has a different story - a different reason for being assigned to this squad of misfits. Of course, there is some butting of heads within the group, but whether it's because of their differences or in spite of them, they're all interesting and the banter between them is witty and often chuckle worthy. The pacing and story line keep the pages turning and I hope to see more of this quirky bunch of crime fighters.

❃❃ARC provided by NetGalley and Quercus (US)