The Beloveds
by Maureen Lindley 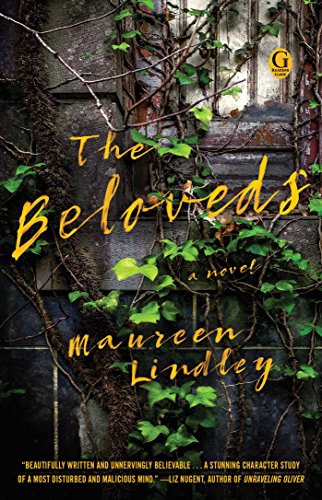 An exploration of domestic derangement, as sinister as Daphne Du Maurier’s classic Rebecca, that plumbs the depths of sibling rivalry with wit and menace.Oh, to be a Beloved—one of those lucky people for whom nothing ever goes wrong. Everything falls into their laps without effort: happiness, beauty, good fortune, allure.Betty Stash is not a Beloved—but her little sister, the delightful Gloria, is. She’s the one with the golden curls and sunny disposition and captivating smile, the one whose best friend used to be Betty’s, the one whose husband should have been Betty’s. And then, to everyone’s surprise, Gloria inherits the family manse—a vast, gorgeous pile of ancient stone, imposing timbers, and lush gardens—that was never meant to be hers.Losing what Betty considers her rightful inheritance is the final indignity. As she single-mindedly pursues her plan to see the estate returned to her in all its glory, her determined and increasingly unhinged behavior—aided by poisonous mushrooms, talking walls, and a phantom dog—escalates to the point of no return. The Beloveds will have you wondering if there’s a length to which an envious sister won’t go.

There's an expression that my grandmother used to say about people who thought a bit too much of themselves - 'I'd like to buy them for what they're worth and sell them for what they think they're worth.' That came to mind several times while reading The Beloveds. This story is told from the perspective of Betty Stash, one of the most unlikable characters I've come across in some time. Now, given that she's the antagonist of this tale, that's to be expected. Betty is unhinged at best with her obsession over her childhood home - a house that speaks to her no less. I could get behind the crazy obsession and even Betty's frustration over her sister inheriting the house, but for a story that was supposed to be about sibling rivalry, I really didn't see much of that here. Don't get me wrong, Betty definitely doesn't like her sister, but the thing is she doesn't like anybody, including her own husband, so it's more like a rivalry with everyone. She does have her sinister side, complete with plans to get what she wants. All of this could've made for a thrilling read, including when Betty's plans backfire on her. Unfortunately, this one lacked that edge of your seat feeling that should come with a thriller. Instead, Betty comes across as whiny and pathetic most of the time, and that whining went on and on for the majority of the story. Her self-entitled, that should be mine attitude and the incessant poor pitiful me theme wore thin pretty quickly and made for a story that felt much too long. There are a handful of moments when the tension ramped up, but they were just too few and far between to make up for the tedium of the rest of the book. The author clearly has talent, and the premise was good. In fact, this could've made for an excellent short story, but as it stands, I found myself wanting to skim more often than not and it was much too easy to set it aside for later.