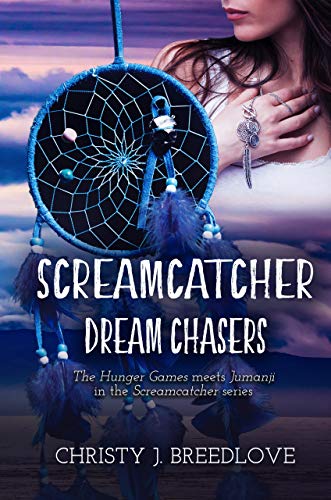 Seventeen year-old Jory Pike knows a thing or two about Indian lore from her half-blood Chippewa ancestry. She can trap, hunt and fish with the best of them. She has a team of three other teens friends called The Badlands Paranormal Society. Instead of bagging groceries or playing on I-pods, they think they can excel at banishing evil spirits. They hope to cleanse houses and earn fat paychecks for their services.Dream catchers aren't just the chic hoops tourists buy at novelty shops--they work. And sometimes they clog up with nightmares until they collapse under their own evil weight, imploding and sending the dreamer into an alternate world. Jory uses her worst nightmare to enter the dream catcher world. She’s pulled her teammates in deliberately. Everything goes right on schedule but they’ve bitten off more than they can chew. Now Jory and her friends are there, trapped between the people who have confessed their sins to the Great Spirit and are seeking a way out, and the monsters and evil spirits, which are happy to keep them trapped in the web world forever.They were once considered Seekers in the dream world. Now they’ve become vigilantes and call themselves Pathfinders. Is it spiritual enlightenment they after? Or have they now become fatally reckless?
Goodreads          BookBub

The premise for this series is one of the best I've seen in the genre, and it sets the series apart in my opinion. This second Screamcatcher book gives us more of what made the first book so entertaining. We have terrific characters that you genuinely want to root for, and a fast-paced story that's hard to put down. It's fortunate that the book isn't terribly long because it was way too easy to get lost in this exciting and terrifying world and way too hard to escape it for a few hours of sleep. Any time I read an Urban Fantasy or even UF adjacent, I tend to nitpick the world-building. I'm a stickler for good world-building and Breedlove's talent for that is top-notch. I realize that I've been vague on the story details, and that was totally intentional so I don't give any spoilers. What I will say is that the author has created an exciting world in this series, and so much is familiar to those of us who've read the first book, yet this one can still be read as a standalone. That said, I would still recommend reading from the beginning because you won't want to miss any part of Jory and company's adventure. If you're looking for a great new world to explore in Urban Fantasy, I'd highly recommend this one. It's fascinating.