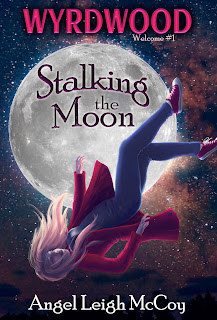 Tagline:  A New Mythology for the 21st Century

Normal life is complicated enough. Add magick to the mix, and suddenly all hell breaks loose!

Viviane doesn't have time for voices in her head or monsters in her bed! Her family relies on her. She's in charge of a mentally ill mother, a sneaky grandfather, and a sexy (but delusional) fiancé. And yet, the whispers in her mind are barging into Reality—with claws and teeth and murderous intent.

When her fiancé goes missing, she'll do anything to find him. If that means magical, mythical creatures hunt her down, then so be it. This could be the end of her life as she's known it, but well… Consequences be damned.

Excerpt from STALKING THE MOON by Angel Leigh McCoy 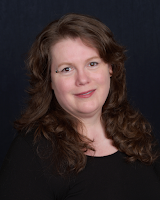 Angel Leigh McCoy wears author, game designer, and audiobook narrator hats—sometimes simultaneously. She is the creative force behind the Wyrdwood series of novels and the Dire Multiverse audio drama. She was a senior writer on the award-winning video games CONTROL and GUILD WARS 2. Her work on the White Wolf World of Darkness series included books for Mage, Vampire, Changeling, and several others. She was also the first female game designer on the DUNGEONS & DRAGONS team at Wizards of the Coast. These days, she works from home and is intent on building her own epic worlds, including Wyrdwood and the Dire Multiverse. Her cats approve. 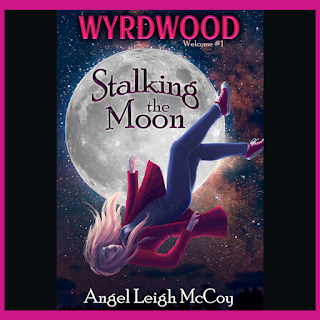 1 Audible.com 3-month membership (or 3 credits if you’re already a member). Entitles you to partake of the Audible Originals titles offered free each month to members. (all-told, a $45 value) If you’ve ever wanted to try audiobooks, this is the time.

-Free ebook copy of JUMPING THE MOON, Wyrdwood Welcome Book #2, due for release on May 15, 2020.
-A “Proud to be Wyrd” pin
-A Wyrdwood magnet
-Invitation to the private and exclusive Wyrdwood Facebook group
-Treats from the “Wyrdwood Candiporium”
-A surprise toy!