A Thin Line Tour and Giveaway 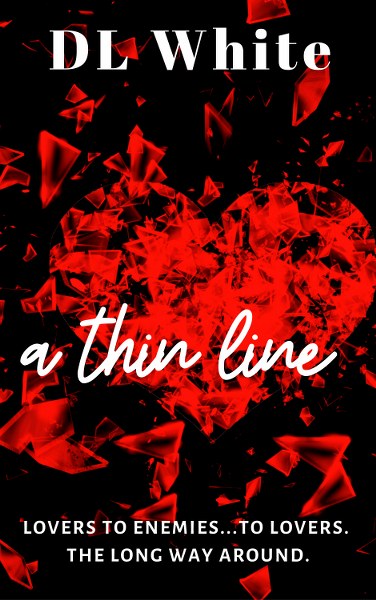 Angie Blake and Preston Reid are oil and water, fire and ice. Whether it's in the courtroom, where they're always in opposition, or in their personal lives, they don't mix.

Nearly two decades have passed since they were high school sweethearts and split in an emotional firestorm, but their best friends are dating, and now engaged so they haven’t had a moment’s peace from each other. And they won’t get one since the soon to be newlyweds have roped Angie and Preston into planning their destination wedding. They've been tasked with organizing the most romantic, memorable event of their lives without tearing apart the lifelong foursome in the process.

Angie and Preston are wise to this game. This clever ploy to push them back together in the hopes that their long-dead romance will rekindle couldn’t possibly work.

There’s a thin line between love and hate. 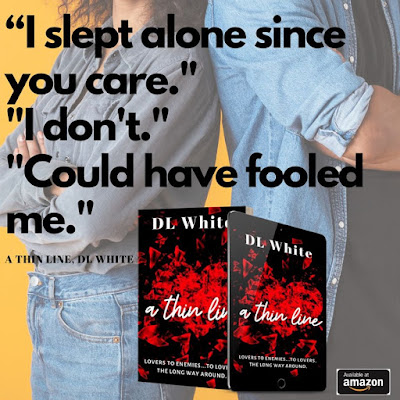 I don't know how he can't hear my heart beating out of my chest.

"Did you want anything? Something to drink?"

Preston reaches for me, pulling me to him with one arm curled around my waist. I step between his legs, as naturally as if I’d been doing it all these years. He bends to kiss me and I actually lift my face to him. My shoulders don’t hunch when his lips brush against mine. My lips part at the gentle teasing of his tongue.

My body is entirely more ready than my mind is to be with Preston again.

“Relax, Evangeline,” he whispers, when he releases my lips. “It’s just me. You wanna sit?”

Preston settles onto my couch. I sit, then move closer to him. Preston offers his hand, and I slide my palm across his. The feeling is so familiar, like time has never passed since I last held hands with him. I hear Preston chuckle.

"Know what this reminds me of?"

"The rules our parents had for us hanging out together."

I laugh, the ridiculously stringent guidelines rushing to mind. “Remember how we could only be in the kitchen or the living room? And we had to be sitting up or standing. No leaning against each other."

"Hands must be visible at all times," Preston says, reciting from memory. "No laying down. No touchy-feely. Remember how I had to negotiate to be able to have an arm around you?"

"Your dad would have a fit if he came into the house, and I was there. Even if we were following the rules."

"Compared to what other kids were doing, we were good."

"Until I started driving..." Preston grins, rolling his head toward mine.

"And your dad found those condoms..."

Preston throws his head back in laughter. "I remember that. Yeah, why were they in the Jeep, Angie?"

"We got a new cleaning lady. I thought she'd find them, you know, being extra thorough. I put the bag in the Jeep, but then I forgot about it."

"My dad about had a heart attack. I thought your dad was going to kill me." He laughs, tipping his head back to rest against the tufted cushion of the couch. Then sighs at the memories. "They calmed down after a while."

“I knew I was going to law school after I argued my dad down about us having sex. I wasn't breaking up with you because he couldn't deal."

Our conversation lapses into a comfortable silence. It’s less and less odd, as the minutes tick by, to be sitting in my apartment next to a man I have claimed to hate for so long, with my hand tucked into his, reminiscing about the good old days.

“So…you think there's something still here?” I motion between his chest and mine, lifting our jumble of fingers. “Between us?"

That's the million-dollar question. Can I forgive so much, in so little time? Can I forget? Can I set aside a lifetime of hurt in what seems no time at all, but I know has been months... years in the making? 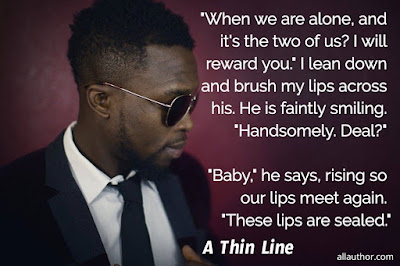 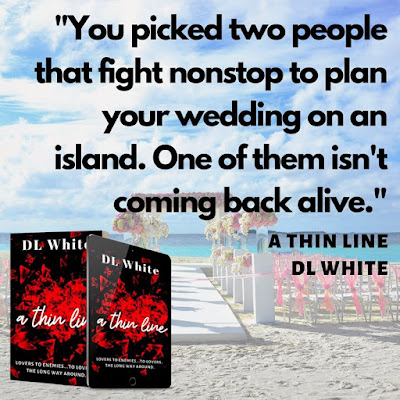 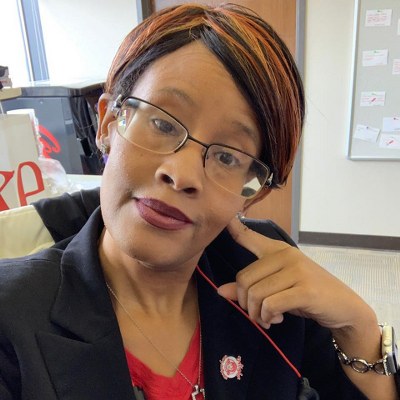 DL White is an Atlanta based author of women's fiction and romance, centering Black men and women. She began seriously pursuing a writing career in 2011.

She has a deep and abiding love for coffee and Sunday Brunch, especially on a patio, but her true obsession is water— lakes, rivers, oceans, waterfalls.

By day she is an Executive Administrative Assistant for a billion dollar beverage brand. By night, when not writing books, she devours them and blogs reviews and thoughts on writing at BooksbyDLWhite.com.