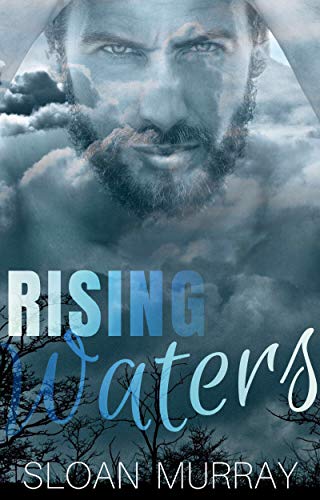 On August 25th, 2017, Hurricane Harvey made landfall 30 miles Northwest of Corpus Christi, Texas as a category 4 storm. It was the first major hurricane to strike the United States coast since 2005, and brought record-setting rain and devastating flooding to an area the size of Maryland. By the end, more than a thousand homes were destroyed, and 107 people lay dead. It was a storm Shannon and Kyle would never forget.

Rising Waters felt like two stories to me. The beginning is fast-paced and the tension rises bit by bit from the time Shannon wakes up to rain to the point of rescue. I've been blessed to have never experienced a hurricane up close and personal, and I'm thankful for that, but the author captures the intensity so well that I was sitting on the edge of my seat, reading as quickly as I could to see if Kyle would get to Shannon in time. Murray captures the terror and I felt it right along with Shannon.
Then we have the second part of the story, the part after the hurricane, and it was more drawn out. It also felt choppy at times, which I think is a result of the time jumps in the story. On the one hand, it was nice to get the closure of seeing how this couple would fare through the years, but three epilogues felt like too much. For me, I would've rather seen more of the time right after the hurricane, the time when Shannon would be getting her bearings and figuring things out. Even with Kyle's help, I would've expected some strong emotions and turmoil for her as she worked through the trauma. I just felt like there were some pretty big chunks of time missing that could've been a better closing point for me than so many years into the future.
In the end, there were things I liked and things I didn't, but I have no doubt of this author's talent, and she does intensity very well. The story is a fairly quick read, easily finished in a day, and Sloan Murray definitely has a gift for drawing a reader in.