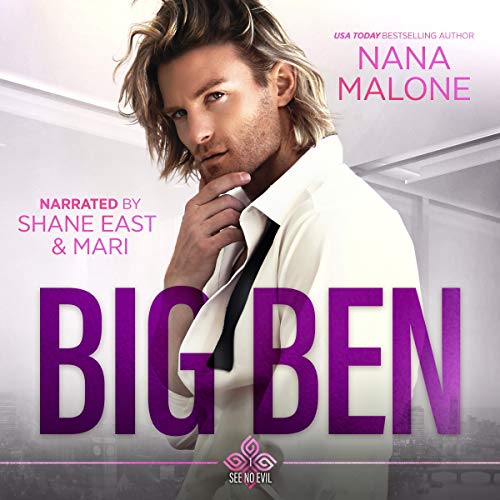 It began with betrayal.

And ended in murder.

She was never supposed to cross my path.

She was never supposed to know about the Currency of Secrets or the Oaths of Blood.

But like a thief in the night, she stole my soul even if she wasn't mine to possess.

As a member of the Elite, I live by simple tenets. A gentleman above all. Private matters stay private. Secrets whispered are never revealed. Enemies and friends are of the same coin. And power is king.

My so-called brothers killed my friend. I intend to make them pay. And before it's over, I'll bend all the rules of morality, decency, and legality. I will borrow and steal to set the scales right. But begging - begging, you can forget about.

My name is Ben Covington and I know my sins.

First, if you've read Nana Malone's duets, then you know not to expect part one to end with sunshine and roses. Instead, plan on being on the edge of your seat, anxiously tapping your foot in anticipation of whatever comes next. Now you have an inkling of what this first in the See No Evil trilogy did to me. And I loved every single minute of it. The story is full of intrigue - secret societies, information on flash drives, seconds from getting caught, one dangerous situation after another type of intrigue. Of course, intrigue only really works with the right characters, and Nana Malone has packed this one to the gills with terrific characters, both good and bad. After all, what would the good guys do without some baddies to keep them busy? In this case, I can think of a lot of things. Ben and Olivia have some major chemistry and there's more sexual tension than you can shake a stick at. I loved the build-up between these two, and while Olivia is no damsel in distress, she does have some things to work through. Helpless damsel or not, I can't imagine being too upset by being rescued by Ben Covington, especially with a voice like Shane East breathes into him. Seriously, this guy has a voice like butter. Plus we have Mari as Olivia, and the two together work perfectly. As far as I'm concerned, what we hear in this audio is Ben and Olivia, and from silly situations, witty banter, dangerous run-ins, and holy moly hotness, this is one impossible to put down, or in this case impossible to pause story.