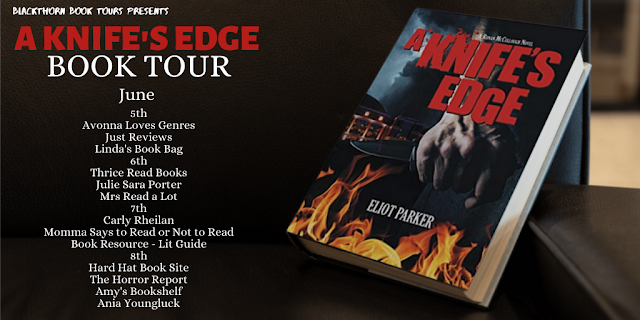 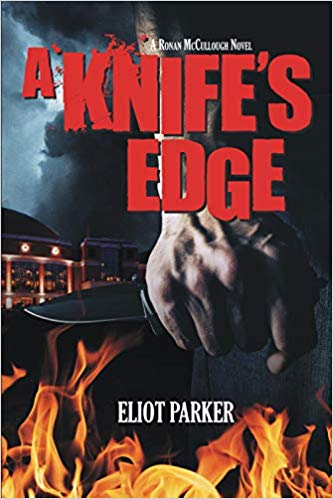 Six months after a drug cartel infiltrated Charleston, Ronan McCullough continues to fight the drug war that plagues the city. His investigations are halted when the body of a mutual acquaintance, Sarah Gilmore, is found in the trunk of a burning car. In an investigation that takes him deep into the professional and personal life of the victim, McCullough discovers secrets lurking in her past, and a tangled web of personal and professional conflicts, suspicion, and betrayal. Was Sarah killed for those reasons or something larger? As Ronan seeks answers, his life and the lives of those closest to him are used as pawns in a deadly game that has no ending.

Momma Says: 4 stars⭐⭐⭐⭐
First, let me say that this is my first read featuring Ronan McCullough, but now that we've met and I know he's practically in my backyard, I'll definitely have to check out the first book in the series. I saw Charleston in the blurb, but I so rarely see a book set so close to home that I just assumed it was South Carolina, so I was excited to see that these characters were just down the road a piece - and if you're from these parts, you know that can mean anything from a block or two to a couple hundred miles. Anyway, I really liked Ronan. He's a bit of a grump, but I know a few of those myself and like them, he's a lovable grump - at least from my standpoint. Of course, I didn't have to work with him. Fortunately, Ronan has those around him to help temper that grumpiness, especially Ty, plus it doesn't hurt that he's quite good at what he does. As I mentioned at the beginning, this is my first read in this series, but if I was missing something, I didn't notice it, so I would say this one works as a standalone. The story has good pacing for a procedural/thriller, the case is gritty, and Eliot Parker has created characters that practically leap off the page. I certainly enjoyed it and I'd recommend it to anyone who enjoys the genre. 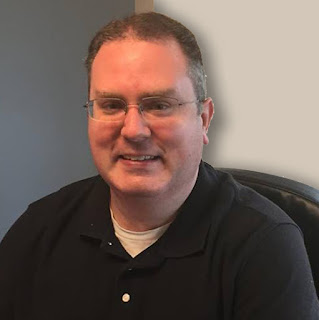 Eliot Parker is the author of four novels, most recently A Knife’s Edge, which was an Honorable Mention in Thriller Writing at the London Book Festival, and is the sequel to the award-winning novel Fragile Brilliance. His novel Code for Murder was named a 2018 Finalist for Genre Fiction by American Book Fest. He is a recipient of the West Virginia Literary Merit Award and Fragile Brilliance was a finalist for the Southern Book Prize in Thriller Writing. He recently received with the Thriller Writing Award by the National Association of Book Editors (NABE) for his novels. Eliot is the host of the podcast program Now, Appalachia, which profiles authors and publishers living and writing in the Appalachian region and is heard on the Authors on the Air Global Radio Network and Blog Talk Radio. A graduate of the Bluegrass Writers Studio at Eastern Kentucky University with his MFA in Creative Writing and Murray State University with his Doctorate in English, he teaches English at the University of Mississippi and lives in Oxford, Mississippi and Chesapeake, Ohio.