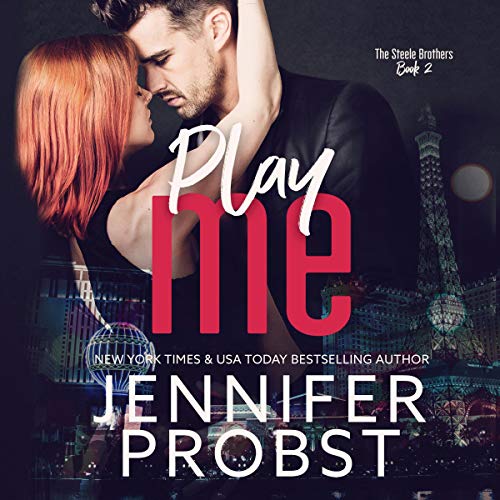 Professional gambler Sloane Keller is tired of dating weak-willed men and longs to meet a man who challenges her dominant personality and forces her to submit. As the Queen of Cards, she’s used to making her own rules and craves the excitement of Vegas. But her inner heart cries out for someone who can be her match, both inside the casino and in the bedroom.

As the new dealer in town, Roman Steele is burnt out on women looking for a quick penny and a man to follow. He craves a woman with fire in her soul and a keen intellect who can challenge him. When his brother recommends the exclusive agency FANTA-C to give him one perfect night, Rome is amazed at the complicated woman who challenges both his body and soul. But when the evening is over, will she be gutsy enough to offer him forever?

What’s your secret desire for one perfect night?

Welcome to the mysterious FANTA-C agency, where everything and anything goes....

"Jennifer Probst builds believably kinky characters and puts them into a situation so hot and fraught with sexual tension I had to cross my legs. Rome is a Dominant God and Sloane is a feisty yet submissive match for him." (Christine D Reiss, USA Today best-selling author of the Submission Series)

This second in The Steele Brothers series is a bit more instalove than the first, but it's just as much fun. I love the premise with the exclusive agency setting everything up and pairing people with compatible visions for the perfect night. Of course, things move beyond that one night, but we won't go there to avoid spoilers. This is a novella-length read after all.
Roman and Sloane are great characters, and I love that Jennifer Probst took the time to make them three dimensional, and she did it without sacrificing the other elements of the story. Speaking of the elements of the story, Play Me is well-rounded just like book one in the series. It is instalove, and this pair generates enough steam to peel the paint off the walls, but Roman and Sloane are both likable. They're the types of characters that are easy to root for.
Matthew Williamson brings this one to life for the audio, and like the first book, I enjoyed hearing his seductive purr. I like that he brings Roman to life so well, and he also voices Sloane. He doesn't sound completely feminine but still gives her a distinctive voice without sounding cheesy. I'm sure it's not easy, but Williamson makes it sound effortless.
The only drawback on the audio version was that there's a hiss during any pause. It actually sounds like a tape rewinding or moving faster than normal speed. It's not a huge thing, but it is noticeable, especially since it happened all the way through the book. That said, the hiss didn't stop me from enjoying the story or its characters.
This one is more lighthearted than the first book, which is perfect for an easy listen. The couple has great chemistry, the steam just keeps rollin', and it's just what the doctor ordered for a bit of escape from this crazy ol' world.