The Dark Continent
A Prometheus Man Thriller
by Scott Reardon 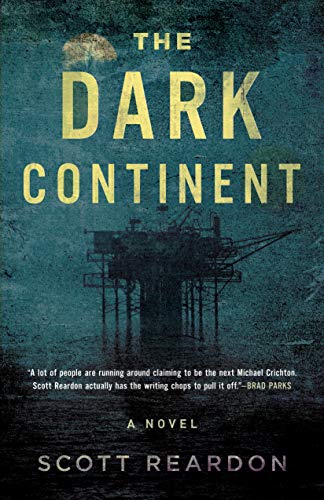 On an oil rig off the coast of Alaska, fifteen test subjects, all of them death-row inmates, have joined a gruesome experiment with unprecedented implications.

Government researchers are attempting to enhance the human body, but they change the men into something else instead. Led by a mysterious figure who evokes Colonel Kurtz and Satan from Paradise Lost, the subjects escape and bring the United States to its knees.

Only two men can stop them, Tom Reese and Karl Lyons. Tom and Karl will have to cross an America on the brink of collapse. And at the end they’ll experience the horror of the dark continent.

Momma Says: 1 star ⭐
Well, that quickly went off the rails. The blurb for this one looked so promising, but the reality wasn't at all what I was hoping for. It reached a point where I started wondering if the cliches could actually outnumber anything resembling an original story, and to be honest, I'm not sure which came out ahead. Then, to add insult to injury, character development is sorely lacking, and what I did learn about the characters, I didn't like. And just to round it all out, the second half ramps up the gore to the point that it kind of felt like a low budget horror flick. I did finish, mostly in hopes that it would improve. It did not, at least not for me, but I will say that unless I missed something, this one can be read as a standalone. The story is fast-paced, and I'm sure there's a market for it, but it clearly missed the mark for me.
❃❃ARC provided by NetGalley and Aspen Press