Sum Of All Tears Tour and Giveaway 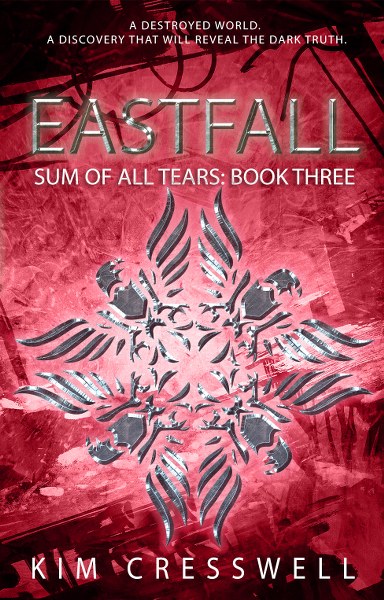 A destroyed world. A discovery that will reveal the dark truth.

In the third exciting installment of the Sum of all Tears series, the last of humanity needs a hero as chaos rises to dangerous levels inside Liberty, threatening the future of civilization.

Fans of The Day after Tomorrow, Mad Max, Divergent, and The Hunger Games will enjoy this enthralling post-apocalyptic dystopian series with a paranormal twist. Join the epic life-and-death battle for survival today! 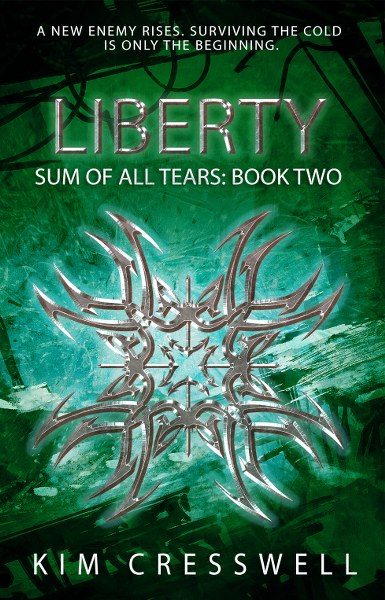 Liberty
Sum Of All Tears Book 2

In the second exciting installment of the Sum of all Tears series, a new enemy rises. Surviving the cold is only the beginning.

Weeks after a failed climate change experiment triggers a new Ice Age, a dangerous resistance is growing at Liberty, the Mars prototype biodome settlement in Rhode Island after Graysen Marx is removed from power.

Trying to cope with the reality of the icy new world, August and a group of survivors are forced to make a perilous journey to Boston in search of biofuel but the lawless landscape and killing cold are more than just a breeding ground for deadly scavengers foraging for food.

When August discovers additional information about her father's climate change experiment and Graysen Marx's involvement, she learns that a young survivor who can predict the future may hold the key to the future of civilization. And August and her friend's paranormal abilities may not be enough to save what's left of humanity from what is about to come.

Fans of The Day after Tomorrow, Mad Max, Divergent, and The Hunger Games will enjoy this enthralling post-apocalyptic dystopian series with a paranormal twist. Join the epic life-and-death battle for survival today!

Still unbalanced, Graysen shuffled behind the man through a tight catacomb on the opposite side of the cave. They walked past a spacious room stuffed with handguns, rifles, rocket and grenade launchers, ammunition, military gear, food, and other supplies, the spoils of their raiding parties. A dim light appeared and grew brighter. He made out the source, a huge lit candle, when they reached a smaller cavity with a large cardboard box with two dirty and frayed blankets.

Blade shoved him inside the cavity then retreated. “Stay put. You don’t leave.”

Graysen tripped and fell onto the cave floor. He caught himself before his chin hit a jagged rock. He tilted his head and looked up. Standing on a ledge above him, Witness towered in all his glory. “I want Liberty.”

His words flashed in Graysen’s head. With a groan, he pushed to a squatting position and lifted his chin to see the man unmask for the first time. No less menacing with a bald head, thick neck, square jaw and more scars and tattoos than he could count.

“You know we’ve stockpiled food, munitions, and medicine,” Graysen said, his mouth as dry as dirt. “We’ve been competing for them since day one. If your crew can help me take back Liberty, I’m happy to share some biofuel for the truck you stole and give you another truck, plus what other supplies you might require.”

Witness leaned on his sword with both hands and shook his head back and forth slowly. “I think you misunderstand, little businessman. I will run Liberty. Not you.”

Graysen swallowed the hard lump in his throat. He wasn’t going to argue. If this insanity spared his life and got him back inside the settlement with his daughter, he would agree to anything. He had received a reprieve, an opportunity. He wouldn’t blow it. He exhaled a deep breath and uttered his best lie. “Deal.” 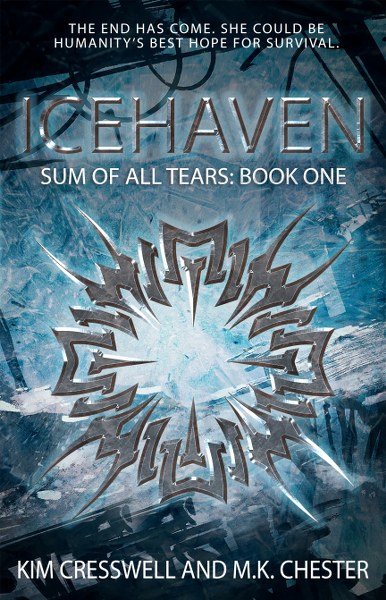 Icehaven
Sum Of All Tears Book 1

They said it wouldn't happen. Everything would be better. They were wrong.

With most of the world's population and food sources annihilated, depraved nomadic gangs patrol the lawless landscape as outlasters claw for survival.

Amid the chaos, Graysen Marx, iron-fisted leader of the domed settlement Liberty, emerges from the catastrophic event with his own agenda.

When August crosses his path, he sees an opportunity he must exploit.

She sees an evil she must destroy.

Fans of The Day after Tomorrow, The Handmaid's Tale, Mad Max, and The Hunger Games are sure to enjoy this enthralling post-apocalyptic dystopian adventure with a paranormal twist. 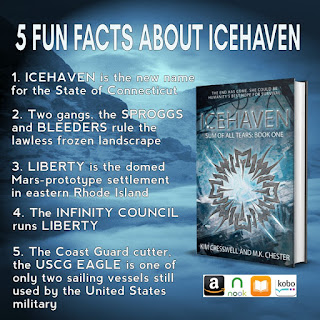 In the near future...

August Madison glanced at her watch, then back at her father, her shoulders tight with anxiety. “Minus seven minutes.”

Anticipation flickered in his blue eyes as he smiled and watched the images of the dozens of military aircraft taking off from various airports throughout the United States and around the world on the mammoth digital screen inside the university’s largest auditorium.

As chief climatologist of the International Climate Change Initiative, he believed he’d finally discovered the answer to the world’s most pressing issue. With the oceans growing more acidic, dozens of animal and plant species becoming extinct, and the atmosphere ten degrees higher than a decade ago, widespread catastrophic weather events, each more violent and deadly than the one before had increased. Hurricanes, earthquakes, tornadoes, droughts, and horrific flooding due to rising sea levels had caused the destruction of some nations and continued to kill millions around the globe.

All of that was about to change.

“Can you check on Luke and Chloe?” her father asked under the increasing commotion surrounding them. “They should be here by now.”

August frowned at the cause of her stress. She wasn’t surprised by her brother’s tardiness. He was always late, an eighteen-year-old who had an excuse for everything. All he had to do was pick up their younger sister from school and show up on time for their father’s shining moment. Just be on time for once. Do what was expected. One time.

“I’ll call him.” August snatched her phone out of the back pocket of her jeans and hit speed dial. He finally answered on the fourth ring, right before voicemail kicked in. “Where are you? You’re late.”

August rolled her eyes, knowing her brother had been up all night playing video games with his friends. She’d bet her Yale tuition he’d been sleeping and hadn’t gotten up in time. “Hurry up, Dad’s asking for you.”

“I’m pulling into the university parking lot. Wow, there’s a ton of people here. I didn’t know this was such a big deal.”

She checked her watch again. Five minutes. “You’ve known your whole life how important this is to him.”

“I’ll be there in two minutes.”

August ended the call and forced a smile for her father. “They’ll be here soon.”

He nodded and put his arm around her shoulder. “I don’t want them to miss it. This will be a story you’ll tell your own children one day.”

She smiled, imagining a future where the climate wasn’t the dominant issue of the day. Her father hadn’t been this happy in a long time. Five years almost to the day her mother had passed away, he deserved some happiness.

While the auditorium filled to standing room only with faculty, students and media, excitement buzzed in the air. Her father really was about to make history, his experiment, his hard work, bringing them to this moment. She took a seat in the front row beside him and looked up at the screen. A low hum caught her attention. Unsure where the sound came from, she glanced over her shoulder, searching for her brother and sister, disappointed that Luke would probably be too late. The humming grew louder. August covered her ears, the high-pitched deafening sound too much.

The tile floor cracked and shifted under her feet. The seismic force catapulted her out of the seat, slamming her left shoulder and the side of her head into the floor with a hollow whump. Dazed, August staggered to her knees, then to her feet and reached for her father’s hand, mere inches away through the smoke and dust. She couldn’t get to him.

Phantom outlines of people bumped into her, scurrying by, searching for an exit. Screams, sobs, and moans filled her head. Blistering heat ripped through the room, as if the atmosphere was being sucked out by a high-powered vacuum. Her heart thrashed in her chest.

Where were Luke and Chloe?

She fought back tears as panic drove deep into her bones. Stretching out her arm, she reached for her father again and struggled against the growing clatters and groans.

A gale-force wind rumbled like a freight train, and the building blew apart.

Chunks of debris pelted down around her.

August tripped on something, maybe someone, and landed flat on her back. While she gasped for each painful, labored breath, electrical wires popped and sizzled around her and shot fiery particles everywhere.

Overhead, a metal beam swung wildly in her direction, like a giant pendulum. A pungent, suffocating odor, similar to lighting a million matches, filled her nostrils. An acidic taste touched the tip of her tongue and burned the back of her throat. Muffled quiet descended over her. The world blurred.

Then came the cold. 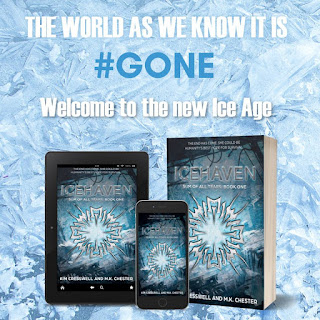 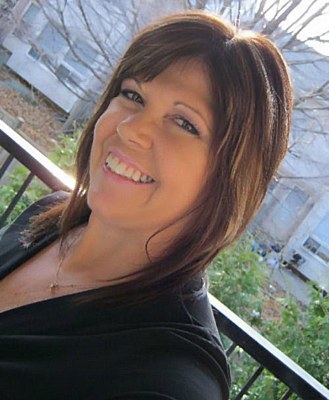 Kim Cresswell resides in London, Ontario, Canada and is the bestselling and award-winning author of the action-packed WHITNEY STEEL series. Kim recently signed a 3-book German translation deal with LUZIFER Verlag for the first three books in the series: Reflection, Retribution and Resurrect. The popular series will be published in German beginning in 2018. 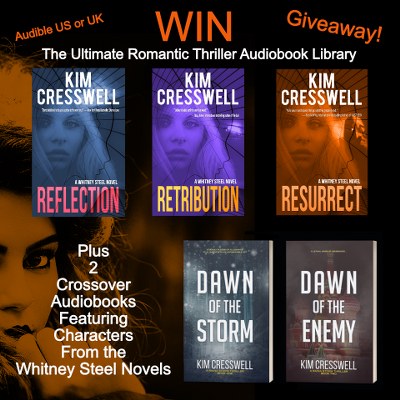 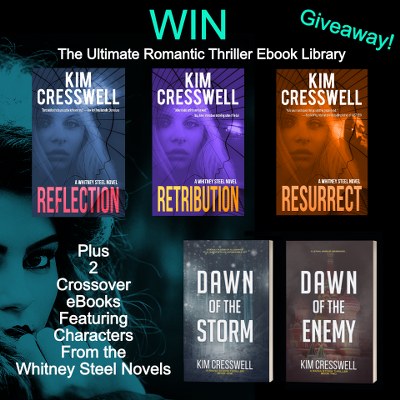 Prize #2: 1 Winner of the Ultimate Romantic Thriller Audiobook Library (Audible US or UK)