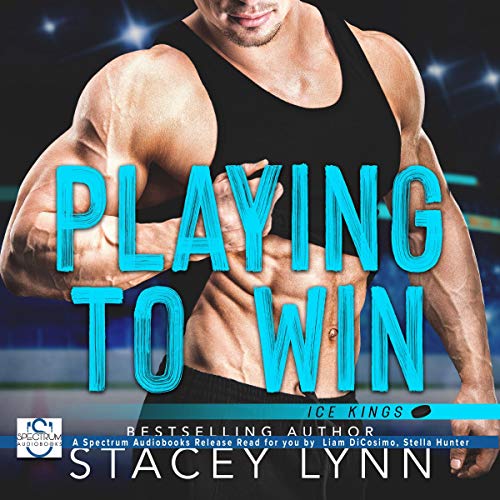 This time, he’s playing to win, and the prize he’s looking to score is me.

It was a three-week fling. Nothing more than a couple of college kids having some fun, but then I did the stupid thing and fell for Jude Taylor quicker than he can score a goal on the ice. And after one beautiful night together, he left for the pros before I could make my first cup of coffee.

I thought I’d put him behind me. I thought I’d moved on. Then he hobbles into my physical therapy office and I realize how absolutely wrong I’ve been - there’s no getting over Jude Taylor.

But now things are complicated. Jude lives half a country away and his career is in direct opposition to my need for stability. Most of all, getting involved with him could mean losing my job and everything I’ve worked so hard for.

Jude doesn’t seem to mind one bit and he’s all in. He might be a patient in my office, but he’s no longer the patient guy I remember.

Momma Says: 3 stars⭐⭐⭐
I've read and enjoyed other books by Stacey Lynn, and I didn't get far into this one before I was wishing I'd just read it too. I think I would've liked it better. The story is interesting and the characters are likable, and I do like a second chance romance. Jude and Kate don't even have a lot of angst over their first chance, which was refreshing to see in this romance trope. They do have their hurdles, of course - we have to have some conflict to keep things moving along, but I like that it wasn't all about what happened the first time around. So, the story is good. The problem for me is all about the audio performance. Well, performances, but some parts were better than others. This one is done in dual narration just like the book is written with chapters alternating between Jude and Kate. Stella Hunter does a fair job with Kate's chapters. Some parts were better than others, and there were times when I would've liked to have heard a little more emotion, but mostly, she does pretty well. That said, Liam DiCosimo drove me to distraction. His voice is pleasant, but more often than not, it just lacks any feeling, which didn't do much for holding my attention. At the risk of sounding harsh, he may as well have been reading the newspaper for all the emotion being used, or not being used. There were a few rare moments when I heard some feeling, but mostly it was just a guy reading the lines without any connection to those lines. What it comes down to is I would definitely read another book by this author, and I'd probably listen to one too but not with these narrators.
❃❃Audiobook provided by NetGalley and Spectrum Audio