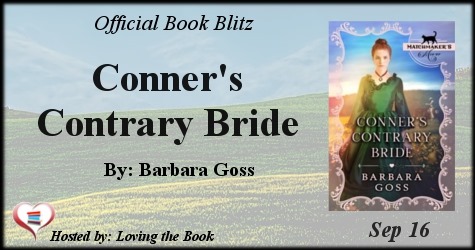 Barbara Goss lives in Western New York and to date has written 48 Christian and/or Sweet Romance books, mostly westerns. She enjoys crossword puzzles, penny slots, reading, swimming, and her two cats, but not necessarily in that order. She tries to write exciting stories with a bit of God's word spread within, without dominating the story. 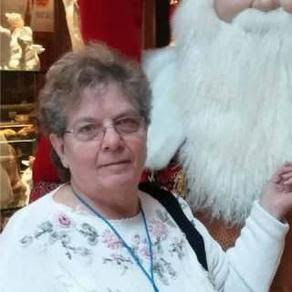 Barbara began writing in 1988 and her first book, Forbidden Legacy, won first prize for fiction at a Christian Writers Convention in Titusville, Florida in 1989. This won her a book contract with Publishers: Fleming Revell and later Baker Books. She wrote four books for them under contract. She then took a few years off to work full time as a secretary to the county hospital and the local school system.
Barbara's greatest influence in writing is the 100 books written by Grace Livingston Hill. As a Christian writer, she weaves a bit of godliness into the romance and adventure yet her books are always clean. Barbara is well on her way to catching up to Ms. Livingston.
She is now turning her wonderful e-books into Audiobooks. Look for them on Amazon. 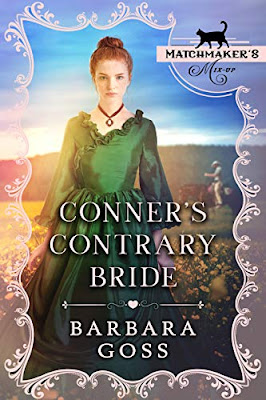 Dr. Connor Beauregard Van Gates the IV, of Hays City, Kansas, and Elsie Crenshaw of Gobbler's Knob, West Virginia, use a successful matchmaker to bring them together by using questionnaires to sort out their likes and dislikes. However, a CATastrophe occurs and things get very mixed up.

The couple has so many differences that Connor is caught rolling his eyes often. What has he done?

Will it take a band of heartless bank robbers and a lecherous step-father to finally bring them together?

Dr. Sawyer had settled Agatha in bed while continuing to monitor her heart rate and pulse.

“Will Grandmother be all right?” Maggie asked.

The doctor shook his head. “It looks like apoplexy. I’ve seen it a few times.”

“What’s apoplexy? Can you fix it?”

“Doctors aren’t one hundred percent sure, but we think it’s brain-related, and I can’t fix it, unfortunately. I’ve seen cases where the patient improved somewhat, but I doubt she’ll ever recuperate completely. She’s still unconscious, but I can tell by her sagging face she’s lost control of her whole right side.”

Maggie twisted her fingers. “Is there anything we can do?”

“Just let her rest, and pray for her recovery.”

“But she needs to get her matches out. The people have already paid for the service. What should I do?”

Dr. Sawyer shrugged. “I know nothing about that. Maybe you could finish up for her. It would take your mind off her illness.”

“I’ve watched her do it plenty of times, but I wish she could advise me about the details.”

“I’m afraid that’s impossible.” The doctor stood. “I’ll come back every day and let you know how she’s doing. Send for me if she gets worse.”

After the doctor left, Maggie sat and held her grandmother’s limp hand. “I’ll find a way. I know I can’t match them as well as you can, but I’ll do my best. The first thing I’ll do is cancel next month’s newspaper ad. I’d like to learn the business, but I’m not sure I’m ready yet.”

Maggie stood with a determined look. “I can do it! I don’t want you to worry. I’ll start on it right away. I’m young and eager—I’ll match them all again.”

Maggie kissed her grandmother’s forehead and said, “Of course, I can. I’m your granddaughter, after all.”