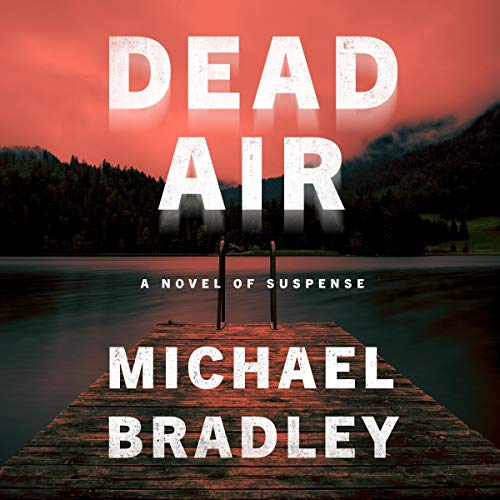 Three can keep a secret, but only if two are dead.No one knows that better than Kaitlyn Ashe, who has been running from a childhood secret her whole life. Until now. Crowned the top-rated radio DJ in Philadelphia, she is finally ready to settle down with her fiancé and new friends who know nothing about her past. When a sudden flood of anonymous letters threatens her seemingly charmed life, she realizes that someone out there knows. But who? As the threatening letters escalate, Kaitlyn’s life spirals toward a reunion in the one place she’d hoped to never visit again: The Shallows. Isn’t her secret buried with the dead?From the Philadelphia skyline to the rural suburbs of New Jersey, Dead Air weaves a suspenseful tale of past misdeeds and present malice as Kaitlyn plays a deadly game of cat and mouse with a mysterious killer who will stop at nothing to get revenge.
GoodReads               BookBub

Momma Says: 2 stars⭐⭐
Dead Air sounded like my kind of listen, but it just didn't work out for me at all. The premise has been done and done again, so I was hoping to find something to make it stand out against so many others like it. Unfortunately, I didn't find anything to make it memorable unless you count that it drags more than I cared for. It's also terribly predictable. I do read a lot of mysteries and thrillers, but the stalker/killer in this one is so obvious, I hardly think it would take any experience with the genre to figure it out. On a semi-positive note, the narrator does a fair job, at least she does okay with Kaitlyn, and she does have a distinctive purr that would work well for a DJ. However, the male voices, or the attempt at male voices, left something to be desired. Any one of those things may have been okay if the rest had been at least a little above average, but this just fell short all the way around for me.
✽✽Review copy provided by NetGalley and CamCat Publishing, LLC