COVER REVEAL for DRUMS OF UNREST by JP CORWYN

Title: The Drums of Unrest

Series: The Cycle of Bones 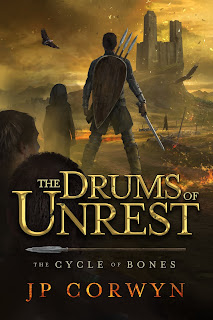 The Cycle of Bones continues in The Drums of Unrest, JP Corwyn's eagerly awaited sequel to the bestselling novella: the Dawn of Unions. In the wake of the Red Storm at Westsong... Even as County Thorion prepares for the war to come... The foundations of power begin to crumble When there are no easy answers... When all choices seem ill... A man born to the spear is forced to make an impossible choice. 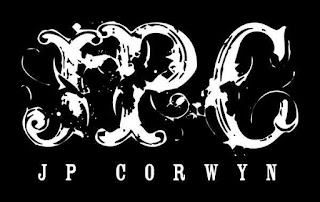 What do you see when you close your eyes? Does your mind conjure more than just images? For JP Corwyn, that sense of the click-click-clicking of the world goes far beyond just the visual. Legally blind from birth, Corwyn has made a career out of connecting the words and worlds in his head with the hearts and minds of those around him. A born performer, he sang before he spoke and declared his intention to pursue music at the ripe old age of five. He began writing stories and songs in high school. By the time he’d graduated, he was ready to hit the studio and started touring. JP Corwyn has graced stages from Florida to New York, west to Mississippi, and abroad. But Corwyn’s harbored a dark, secret obsession throughout his musical career. He’s spent years building fantasy worlds - entire universes for later use in his other driving force – writing fiction. “For me, it’s more like archeology than creation,” Corwyn says. After spending 20+ years unearthing the cultures, languages, histories - all the things that bring a world and its people to life - it was time to embark on his epic fantasy series The Cycle of Bones. Corwyn’s released the first book in the series – a novella entitled The Dawn of Unions. The second book and a series soundtrack are slated for release in mid-2020. When he’s not writing prose, you can usually find Corwyn on stage or in the studio. He’s always working on something new, but you might catch him at a coffee shop, a game store, or even a medieval fair.