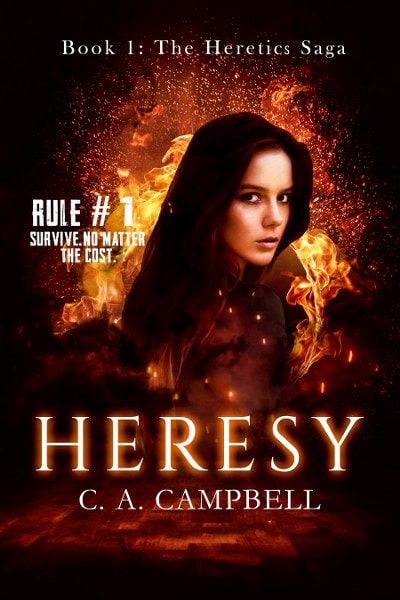 In Arcadia, being different is HERESY.
Heresy is DEATH.
To survive, citizens must live, dress, and even love according to the United Council’s will. Their power is absolute—until a rebel bomb ignites at a national ceremony and unites the lives of three unlikely people.
When the bombing goes wrong, Nicolette Howell, a young heretic, finds herself alone and on the run, bearing secrets that Arcadia would kill for. When she’s captured, she must escape, but how can she, when her best chance lies with the son of her sworn enemy?
Driven by the execution of an innocent, Jacob Osgood, a United Councilor’s son, hunts for the truth about the heretic movement that Arcadia has hidden. But truth could cost him the one thing he cannot stand to lose: the girl who saved his life at the bombing.
Shiloh Haven, the orphaned daughter of heretics, is forced to become Arcadia’s spy in a sinister plot to destroy the heretic army. She faces a terrible choice: survive or risk everything to save the boy she might just love and the rebels who are her only chance of being free.
As their fates entwine, the three must answer an impossible question.
WHAT WOULD YOU DIE FOR?
Add to Goodreads
Amazon * B&N 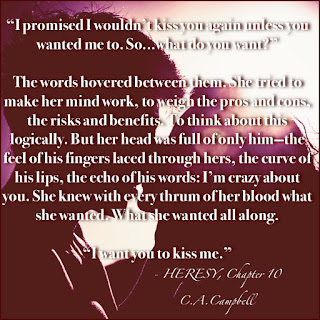 The Elite stopped at the center of the stage and yanked the sack from her face, giving Shiloh her first real look at Hope. Shiloh inhaled sharply. With bones poking like knives from her ashen skin, Hope looked as though she might fade away. Her wild hair, that Shiloh had braided a thousand times, was gone.

Finally, Hope turned toward Shiloh and smiled. And that smile was still so beautifully, wonderfully her, that it seemed to erase the distance and the time between them. For a second, time turned back to two years ago, sitting at dinner at the Haven, mouthing words to each other and reading lips so Mother and the Aunts couldn’t hear what they were saying.

Shiloh took a step forward and then stopped herself. No emotion. Hope remained a heretic until she was Cleansed, and Shiloh had to pretend to reject her as such.

Instead, Shiloh mouthed. “I missed you.”

Councilor Osgood spoke. “Hope Haven, you committed heresy against Arcadia by possessing pages of a religious text and admitting to belief in the Christian god. This violated your duty to ensure the unity and peace of Arcadia, as well as betraying your loyalty to the United Council which should be above all others.”

Hope’s smile slipped, and a fire danced in her eyes. Two years in prison and that fire still blazed.

“Hope Haven, do you renounce your heresy and swear to live according to the duties of an Arcadian citizen? Will you pledge that there is no god; there is only us?”

Hope dragged her gaze away from Shiloh and looked out to the crowd. Her chin lifted high.

Hope turned her eyes back to Shiloh and mouthed, “I’m so sorry. I love you.”

Hope jerked her head to look the Councilor straight in the eyes.

Please, Shiloh wanted to scream. Please, don’t do this!

The Councilor recoiled. “I’m sorry. What did you say?”

The whole room caught its breath. The Councilor stared mutely. This was not how the script went.

Hope took advantage of the silence. “I will not abandon my beliefs. I am done, done conforming to Arcadia’s ways. You can send me back to the prison camp or you can kill me like you—”

“Shut up!” one of the Elite barked, driving his prod into Hope’s back. As the electrical current passed through her body, she jerked and fell to her knees.

Shiloh sprang forward, every inch of her screaming to come to Hope’s aid. A hand seized her wrist, yanking her back. She turned, and a pair of warm, brown eyes met her own.

“Don’t,” Jacob Osgood hissed, low enough that only she could hear. “They will kill you too.”

Shiloh whipped her hand away, heart pounding in her ears, but he was right. Rule #1. She stayed but jerked her eyes back to Hope, who remained on her knees, gasping through the pain.

“You can kill me,” Hope continued, “like you killed my parents, but you will not decide how I think or believe or who I love.”

Shut up. Shiloh wanted to scream. Hot tears stung the back of her eyes, but she didn’t dare let them fall. Please, just shut up.

But her voice only grew louder. “You wanted to create a world with no differences. Ha!”

The stick jammed into Hope’s side again. This time, she shrieked in pain, and the sound echoed in Shiloh’s bones.

“Enough!” the Councilor barked. “Get her out of here.”

The Elite’s fist slammed in her throat, and the gasp that escaped from her mouth scraped like saw blades down Shiloh’s spine. Even Jacob Osgood shuddered. She didn’t speak after that, and the Elite got her to the steps.

This can’t…This can’t be happening!

Shiloh couldn’t be watching them take her away. Again. Within her, everything wailed in agony, but Shiloh closed her eyes, forcing herself to remain blank.

“Councilor Osgood,” a voice boomed from the audience. Councilor Beck, the only other Councilor present, surged to her feet from the front row. She spoke steadily, but her eyes crackled with flames. “You know the protocol for a refusal.”

The Elite froze. Hope landed, crumpled like a doll on the floor. Councilor Osgood stared at his fellow Councilor and then at the girl, with her face pressed to the wood, but didn’t speak.

Councilor Beck snorted and crossed her arms. “Elite #767, do your duty.”

The Elite nodded. He yanked Hope onto her knees and drew his gun from his hip.

This was no longer a Cleansing.

This was an execution. 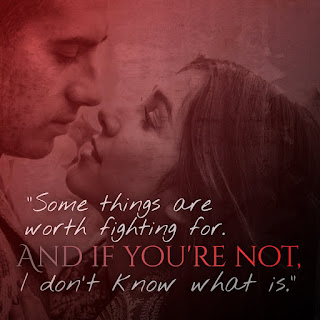 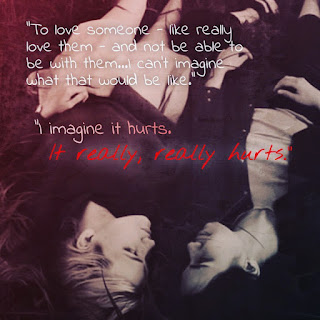 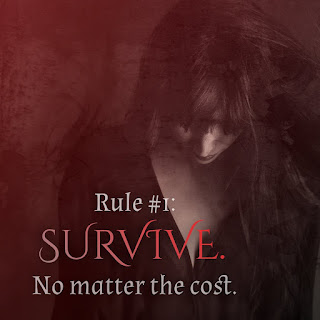 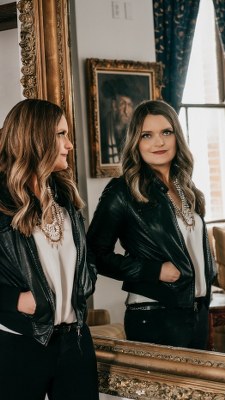 C. A. Campbell hails from Kansas City (The Missouri side, if you please), where she shares her writing space with her husband and three ridiculous dogs. She splits her time between writing, saving tiny lives, and teaching students how not to kill people as a neonatal intensive care nurse and nurse educator. When she’s not working, she can be found (likely, in her pajamas) making things out of yarn, listening to a true crime podcast, or yelling at medical errors in television shows. Heresy is her debut novel.
Website * Facebook * Twitter * Instagram * Amazon * Goodreads

Follow the tour HERE for special content and a giveaway!
6 Month Subscription to Kindle Unlimited!,
$10 Amazon
– 1 winner each
a Rafflecopter giveaway