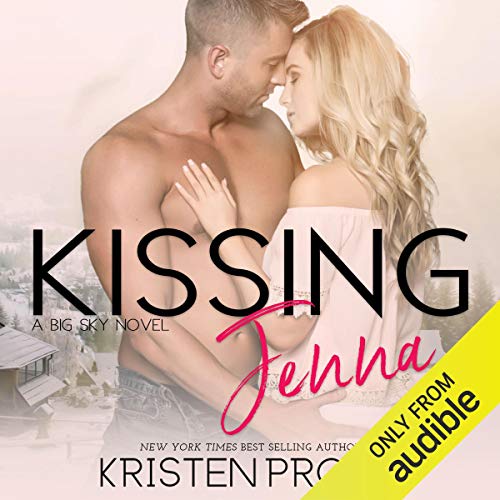 Jenna Hull owns and manages vacation rentals in her hometown of Cunningham Falls, Montana. She's just completed the construction of her most exhausting project, the one she’s put her heart and soul into. The inviting, opulent Snow Wolf Cottages are the first ski-in/ski-out tree houses in the world. Her biggest dream is about to come true, and she can’t let anything distract her.

Christian Wolfe is Hollywood’s "It" actor. If the magazines are to be believed, he’s the sexiest man on earth. He’s preparing for the biggest movie role of his life, and his agent has booked him in a hot new ski lodge in Montana, tucked away from crazy fans. He can’t wait for the break.

But what Christian isn’t prepared for is Jenna. With a face that could easily co-star with him in a movie and her ambition to put her stamp on Cunningham Falls, he can’t stay away. But even more intriguing than her beauty is the fact that she’s not at all impressed with his celebrity status, only turned on by the man behind the fame.

The love they’ve found is perfect - but time is running out before real life intrudes. Can they survive with both their dreams - and hearts - intact?

Momma Says: 4 stars⭐⭐⭐⭐
Kissing Jenna is a quick read, not instalove quick, but it is fast-paced, and Christian and Jenna certainly have a strong attraction right from the start. I liked the characters, and Kristen Proby knows her stuff when setting a scene. Speaking of, I absolutely love the tree houses. The romance almost has the feel of an opposites attract story, but not quite. Jenna and Christian definitely come from different worlds, but they fit perfectly together. Naturally, we have to have a bit of angst, and it comes from where I expected. It's also pretty short-lived, which makes for a mostly lighthearted story.
Joan Delware and Lee Samuels were responsible for bringing Jenna and Christian to life, and I enjoyed the listen for the most part. Joan Delware captures the wit and sarcasm that seems to be such a big part of Jenna, and her voice just felt right for the character. Lee Samuels has a rich tone to his voice that I love in audiobooks, but he's a bit dramatic - to the point that he doesn't sound genuine for much of the story. It was kind of like he didn't have a feel for the character at first because the further I got into the book, the more real he sounded. It started feeling like Christian was giving us his part of the story rather than someone else just reading the story to us.
This is the second book in the Big Sky series, but it works very well as a standalone. I will say that now that I've gotten a taste of the series, I'll be checking out more.