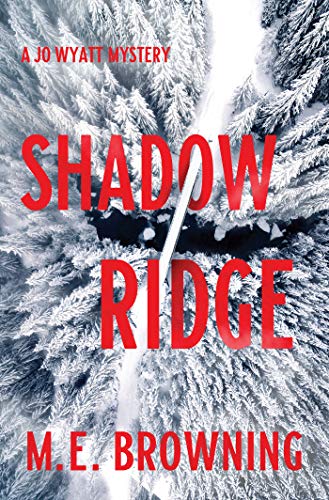 Death is one click away when a string of murders rocks a small Colorado town in the first mesmerizing novel in M. E. Browning's A Jo Wyatt Mystery series.Echo Valley, Colorado, is a place where the natural beauty of a stunning river valley meets a budding hipster urbanity. But when an internet stalker is revealed to be a cold-blooded killer in real life the peaceful community is rocked to its core.It should have been an open-and-shut case: the suicide of Tye Horton, the designer of a cutting-edge video game. But Detective Jo Wyatt is immediately suspicious of Quinn Kirkwood, who reported the death. When Quinn reveals an internet stalker is terrorizing her, Jo is skeptical. Doubts aside, she delves into the claim and uncovers a link that ties Quinn to a small group of beta-testers who had worked with Horton. When a second member of the group dies in a car accident, Jo's investigation leads her to the father of a young man who had killed himself a year earlier. But there's more to this case than a suicide, and as Jo unearths the layers, a more sinister pattern begins to emerge--one driven by desperation, shame, and a single-minded drive for revenge.As Jo closes in, she edges ever closer to the shattering truth--and a deadly showdown that will put her to the ultimate test.

Momma Says: 2 stars⭐⭐
Shadow Ridge is the first in a series featuring detective Jo Wyatt. I tend to like crime drama/procedural series, so I was looking forward to finding a new one to follow. This one had potential, but it just didn't draw me in like I hoped. I struggled to connect with any of the characters, including Jo. Not that she's unlikable, I just didn't find her or the story particularly exciting or interesting. I don't know if it's because this is the first in the series and maybe the author was trying to introduce the setting and characters or maybe this story and main character just didn't work for me, but I struggled all the way through this book. The pacing felt stilted and the dialogue felt choppy more often than not, which again, could go back to me not connecting with the story. I glanced through what others had to say about this book., and it's plain to see that I'm in the minority here - more like the odd woman out, I suppose - but it is what it is. It's clear that this book has a following, but I'm not part of that audience.
❃❃ARC provided by NetGalley and Crooked Lane Books