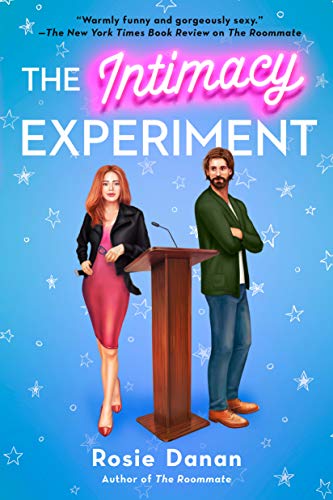 Naomi and Ethan will test the boundaries of love in this provocative romance from the author of the ground-breaking debut, The Roommate.Naomi Grant has built her life around going against the grain. After the sex-positive start-up she cofounded becomes an international sensation, she wants to extend her educational platform to live lecturing. Unfortunately, despite her long list of qualifications, higher ed won't hire her.Ethan Cohen has recently received two honors: LA Mag nominated him as one of the city's hottest bachelors and he became rabbi of his own synagogue. Low on both funds and congregants, the executive board of Ethan's new shul hired him with the hopes that his nontraditional background will attract more millennials to the faith. They've given him three months to turn things around or else they'll close the doors of his synagogue for good.Naomi and Ethan join forces to host a buzzy seminar series on Modern Intimacy, the perfect solution to their problems--until they discover a new one--their growing attraction to each other. They've built the syllabus for love's latest experiment, but neither of them expected they'd be the ones putting it to the test.

Momma Says: 4 stars⭐⭐⭐⭐
The Intimacy Experiment is a refreshing, wildly entertaining romantic comedy that I did not see coming. Oh, I read the blurb, but even so, I didn't expect this. I read a lot, and to be honest, it isn't often that I find something so original. Naomi and Ethan were an absolute joy to read, and I loved the many themes that this story hit on. This couple isn't one you'd expect to work, but they really do. They're likable, both separate and together, and Danan brings them together so naturally. This is just one of those couples that you can't help but want to see them get their HEA. I'll leave there so I don't give too much of it away, and I'll just say if you enjoy RomComs, you need to read this one. It's well written and equal parts sweet, funny, and sexy.