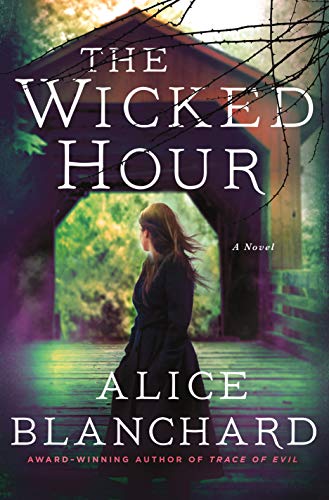 From the award-winning author of Trace of Evil, a detective dealing with the scars of her past must solve a seemingly unconnected string of murders, and face the impossible question of what to do when the killer may be hiding amongst the ones you know, in Alice Blanchard's The Wicked Hour.“Readers will welcome a return to Burning Lake with Natalie at the helm.”—Associated Press“Lockhart is a relatable new heroine on the police-procedural scene, and one who will appeal to readers of Tana French."—BooklistThe day after Burning Lake’s notorious, debauched Halloween celebration, Detective Natalie Lockhart uncovers a heartbreaking scene—a young woman, dead and lying in a dumpster. There’s no clue to who she is, save for a mystifying tattoo on her arm, and a callus underneath her chin. She’s not from around here. No one knows who she is.As Natalie retraces the young woman’s steps leading up to her death, she uncovers a deeper, darker horror—a string of murders and disappearances, seemingly unconnected, that may have ties to each other—and explain the abrupt disappearance of her best friend years ago.As she digs deeper within the mind of the hunter, Natalie finds a darkness she could never have imagined. And as she draws closer to the truth, the killer is weaving a trap for her that may prove inescapable.

Momma Says: 3 stars⭐⭐⭐
The Wicked Hour had a lot of potential to be a gritty, edge of your seat crime thriller, and it does have its moments. It has good pacing, and the author gives us a few solid suspects to ponder over. However, there are a few things that bothered me about this one. First, it is the second book in the series, and while that usually doesn't bother me, there were things mentioned in this book that I assume referred back to events in the first book. Maybe it was just me, but I felt like I was missing information that I needed to better understand the character. Then there's the dialogue. It was stilted a lot of the time, and a lot of things just didn't work for me. It felt like everyone was witty and full of deep thoughts to share. Sometimes, conversations aren't particularly deep. Some of the characters are quirky, but it's a little over the top. In the end, there were things I liked and things I didn't. I think Blanchard knows her stuff when it comes to the crime and detailing the case, but the secondary stuff could use a little work.