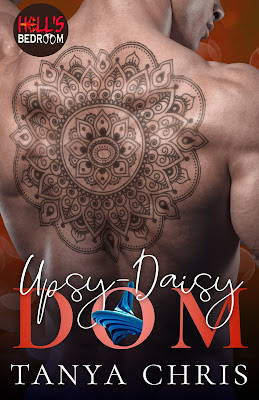 Book 3 of 3 in the Hell’s Bedroom series

Available May 25, 2021 from Amazon in ebook and paperback. Eligible for Kindle Unlimited.

It’s really rude to wish you’d been kidnapped. Especially when your best friend actually was. But Tripp wishes something would happen to him. He likes his sex kinky, and he likes his kink on the fun side of risky. Which means he’s got his eye on Sebastian Gage, the incredibly handsome, incredibly rich, incredibly dangerous Dom.

Sebastian makes subs cry, and he’s not sorry about it. He is sorry that his penchant for emotional sadism means none of his playmates ever stick around, but he’s not going to let any of his new-found friends know that. All they know is that he’s a cruel Dom and a brilliant attorney. And right now it’s time to concentrate on the brilliant attorney part instead of getting sidetracked by a gangly young sub with a smart mouth and a penchant for danger.

Sebastian will do anything to make sure the perp who’s been targeting vulnerable subs in a human trafficking scheme gets what he deserves. Maybe even sacrifice Tripp, the only one who can take everything Sebastian has to offer. The only one who’s ever stuck around.

This is the final book in the Hell's Bedroom series.

Momma Says: 4 stars⭐⭐⭐⭐
I've been waiting and hoping for Sebastian's book since he was introduced at the beginning of the series. So, I was all kinds of excited for Upsy-Daisy Dom - speaking of, that title is terrific, especially if you're familiar with the cranky and arrogant Sebastian. Tripp is one of those characters you can't help but like, and while I liked both these characters separately, I liked them even more as a couple. The story is fun and sexy, but I think my favorite thing is how these guys bring out the best in each other, and they each seem to know what the other needs. There has been a continuing storyline through the series, and I'll admit that I kind of wanted more closure on that part. But then, this one is more about the romance and how the court proceedings affect it, so I wasn't too disappointed by the way things turned out. So, what it comes down to is Upsy-Daisy Dom is an engaging romance with a couple you want to root for. On top of the great couple, we get to catch up with the other couples in the series, and this is a great bunch of characters. This whole series has been fun, and I'd say this couple was a good choice for the final book.

Sebastian got on the bed between Tripp’s legs, nudging them farther apart. His own cock pointed at Tripp’s as he knelt there watching it bobble, doing nothing to Tripp except looking at him. Tripp sucked in a breath, as if being observed was all it took to get him off.

“You’re a little bundle of nerves, aren’t you?”

“What do you expect when you’re always fucking with me?”

“I’m just going to suck your dick. You can manage that, right?”

Sebastian laughed at the reminder that Tripp was only twenty. And definitely ready to pop. Pre-come glistened at the head of his cock. Sebastian leaned forward to take it with his tongue without touching Tripp anywhere else. The fluid was slick and light, glossy against his tongue, and Tripp made a soft sound of expectation at the move.

“Stop being so easy,” Sebastian chastised him.

It was, especially since Sebastian wanted him to enjoy it, wanted to soak up every clue that he was enjoying it, but it was a game they could play, a way he could make sure Tripp failed, that even his pleasure tormented him.

“That’s ridic— Ah! Ah, ah, ah. Okay, you’ve got my dick in your mouth, I can’t just— ah! Wait, stop, if you want me to be quiet, I— Oh, fuck, Sebastian. How are you so fucking good at that?” Tripp thrust up his hips, failing to keep still even harder than he was failing to keep quiet. Unless Sebastian was mistaken, Tripp was about to fail at the not-coming part too. He lifted his head and gave Tripp a quelling glare.

“Oh, please just let me enjoy it,” Tripp begged, but Sebastian could see the excitement in his eyes, the way his hips twisted in an unspoken plea for more. He was eating this up. He was— 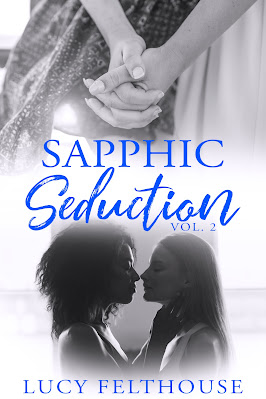