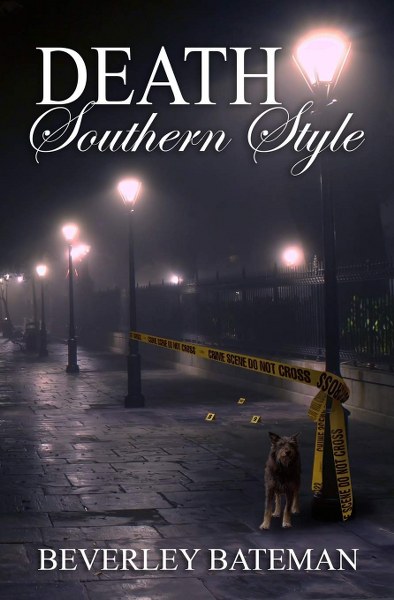 When Perrine Dupré dies under suspicious circumstances her daughter, Julie Ann Dupré, returns to New Orleans to find the truth about her mother’s death. She uncovers a family secret, hidden for years. Now someone is trying to kill her. Will the little dog who appears after her mother’s death help her? Is the sexy detective out to help her, or is he part of police corruption?
Detective Connor O’Reilly, a native of New Orleans, comes from a family of police. He’s an honest cop but realizes there is corruption in the division. His father may have died as part of that corruption. He meets Julie Ann, checks out her mother’s death and finds it was badly handled. Julie Ann deserves the truth and he wants to find it for her.
Julie Ann and Connor work together to unravel the real reason behind Perrine Dupré’s murder, Julie Ann’s mysterious past, and why people want her dead, while developing their challenging relationship. Can they both survive? And can their relationship survive?
Goodreads * Amazon

Marie L. growled a low guttural sound deep in her throat and stood up on the bed.

Julie Ann rolled over and automatically moved her hand toward the dog. “It’s okay. Good dog, good girl. Go back to sleep.”

She closed her eyes.

Marie uttered another growl. This time the hairs on the back of Julie Ann’s neck stood on end. She could hear a noise downstairs. Footsteps? A door?

Damn, she’d forgot to put the chair in front of the front door, but she’d put the new lock on.

She laid quietly, patted Marie and shushed her. She could hear a creak on the stairs.

She reached for Marie, but the dog jumped off the bed and ran toward the stairs.

Julie Ann hesitated then moved to the closet and pulled the hangers aside. She closed the secret room door and climbed on to the cot. She wrapped her arms around her legs, listened and waited. She couldn’t believe someone was back again, especially after the attack on Savannah. The stakes appeared to be getting higher. Perrine had died but that wasn’t enough. What did they want? What were they afraid she knew and might expose?

She heard Marie growling and barking.

A man’s voice shouted, “Go away and get out of here. Damn dog, go.”

Julie Ann heard steps come into the bedroom. The cupboard door was opened and slammed shut. The man swore and stomped off into Perrine’s room. Marie continued to bark and follow him. Julie Ann could tell where he was by the sound of his feet. She wasn’t sure but it sounded like he might have a limp.

Maybe he had a bite on his ankle.

She sat quietly and shivered at the sound of someone wandering through her home, sure that it was the same man who had killed her mother and probably attacked Savannah. He probably had a gun. She offered up a silent prayer that he didn’t decide to shoot Marie.

Why was he back here? This was the third time. He hadn’t found anything on his previous visits so the only reason she could think of for this one was that he wanted to kill her. There was no other motive she could think of and so far, no one had found a motive for any of the killings. Why?

Maybe Connor was right – maybe she should move to a hotel.

No, she wouldn’t let them chase her out of her home. Besides, she was safer here anyway. If they wanted her dead, they could find her in a hotel. They had the first night. And she might not have the same safety she had here, in Perrine’s secret room. Still shivering she listened to the steps move downstairs and out the door, Marie barked at his heels.

There was silence, then a scratching at the closet door.

Marie continued to whine and scratch. Julie Ann jumped up, opened the door and let the dog in. “Shh, be quiet.”

Marie jumped up on the cot and snuggled next to Julie Ann. Julie Ann patted her absently, “Good dog, good girl.”

Everything had gone deadly quiet.

She waited for another few minutes. There still wasn’t a sound. “Okay girl, let’s check and see if he’s gone.”

Julie Ann slid the door open and slipped out into her bedroom. She stopped, pressed her back against the wall and listened.

“Okay girl, we’re going downstairs to make sure he’s gone, so no barking.”

The house was in total darkness. Julie Ann crept out into the hall and down the stairs. Silence echoed through the house.

She flipped the light switch. A soft yellow light flooded the room. There was no one there. The front door had been closed and locked. He’d picked the lock. She should get a new one with a bolt.

Julie Ann noticed a scrap of paper caught under the front door frame.

He must have dropped it when he left.

She scuttled across the room and grabbed it. It was folded in squares. She opened it and read it. Blindly she reached for a chair and collapsed into it, the note clutched in her hand.

I can’t continue. The guilt is too much.

I don’t want to live without her.

This is the only way I can escape. 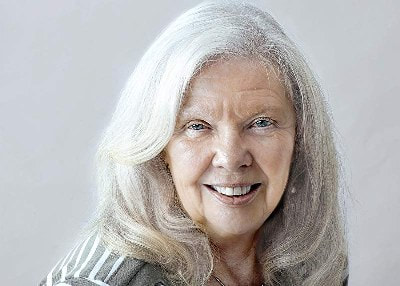 Born in Calgary, Alberta, Canada home of the World-Famous Calgary Stampede, I've moved from the Okanagan Valley of British Columbia, closer to where I was born. I now live just south of Calgary in Medicine Hat, Alberta Lost the orchards and fruit but we have spectacular veggies here. I continue to write romantic suspense and medical thrillers in my new home. My background in nursing helps with the medical thrillers. I've written most of my life. I used to do those locked room plots many years ago. Now I spend my time plotting perfect murders and then helping my antagonist solve them. I strongly believe that good triumphs over evil and love conquers all. Please check out my books and if you'd like to leave a review - I thank you.
Website * Blog * Facebook * Twitter * Instagram * Bookbub * Amazon * Goodreads