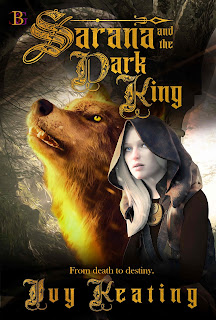 Sarana and the Dark King
Ivy Keating
Genre: Fantasy
Publisher: Champagne Book Group
Date of Publication: March 22, 2021
ASIN:  B08Y81T7C4
Number of pages:  268
Word Count: 82,700
Cover Artist:  Sevannah Storm
Tagline:  The time for hiding is over.
Book Description:
The fearsome Dark King of Bounten, with a magical creature known as a Valomere by his side, is on a quest to find the rare metal tarilium. His brutal ways incite the powerful psychic Allani. But when news of his plans to invade the kingdom of Attaveer spread, a new opponent emerges---Sarana, the daughter of a farmer…or is she?
At birth Sarana was sentenced to death for her "cursed" white hair. The delivery nurse, Meriden, whisked the fair-haired babe to a loving home across the waters from Bounten. Her entire life she hid her appearance to avoid prejudice. Things changed when she discovered she too had a Valomere. She strived to learn the creature's magic and master fighting skills with the hope of becoming a warrior. Her dreams came true when she was allowed to join the Attaveerian king's network of spies--a group poised to help defend the kingdom from an invasion by the Dark King and his powerful army.
When word of the white-haired messenger reached the Dark King he vowed to stop at nothing to capture or kill his opponent.
The time for hiding is over.
Can Sarana save herself and her kingdom? Follow Sarana from death to destiny as she joins forces with psychics, Valomeres, and the power of inner strength, to defeat an evil king.
Amazon      Apple Books      BN      Kobo

Cabe moved closer and put his arm around her. “Are you afraid?”

“What scares you the most?”

“That I’ll let everybody down.”

He stroked the side of her face. She looked up at him and closed her eyes. The next sensation she experienced was the brush of his lips against hers. In the chilled air, he was the warmth she craved. He pulled off the cloth that tied her hair and ran his fingers through it. The fondling awakened her senses. There was nothing else. No forest, no war—just the need to feel his strong body against hers and the taste of his mouth. Her hair blew with the wind. He grasped her around the waist, and she tossed her head back to expose herself to the pleasure of his kisses on her neck and his hands on her body. Their lust enveloped her soul, but it could not contain her mind.

“Is something wrong?” he asked, as she rested her fingers on his chest to gently hold him back.

He held her close and gently bit her neck. The sensation aroused her. “I want you too.”

“Will you find me after the war?” she said into the night. 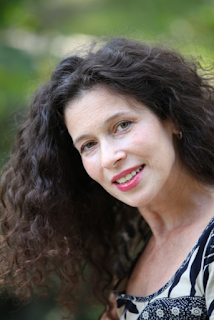 Motivated by nature’s mysteries and the complexity of human behavior, Ivy Keating writes science fiction and fantasy novels that explore the relationship between mankind and the natural world. A master’s degree in social work helps her understand the nature of her characters as they struggle with the repercussions of their actions.

Her first novel, Camouflage, was inspired by the landscape and natural beauty of New England. Sarana and the Dark King, was imagined from a mental picture of the Great Lakes. The proximity of these bodies of water and the land that surrounds them conjured the images of separate kingdoms—at least they did in her mind. Ivy believes that her challenge as a writer is to take a setting that intrigues her and create a plot that is both clever and surprising. 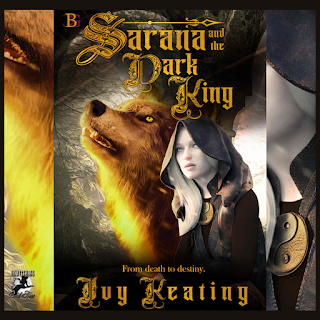